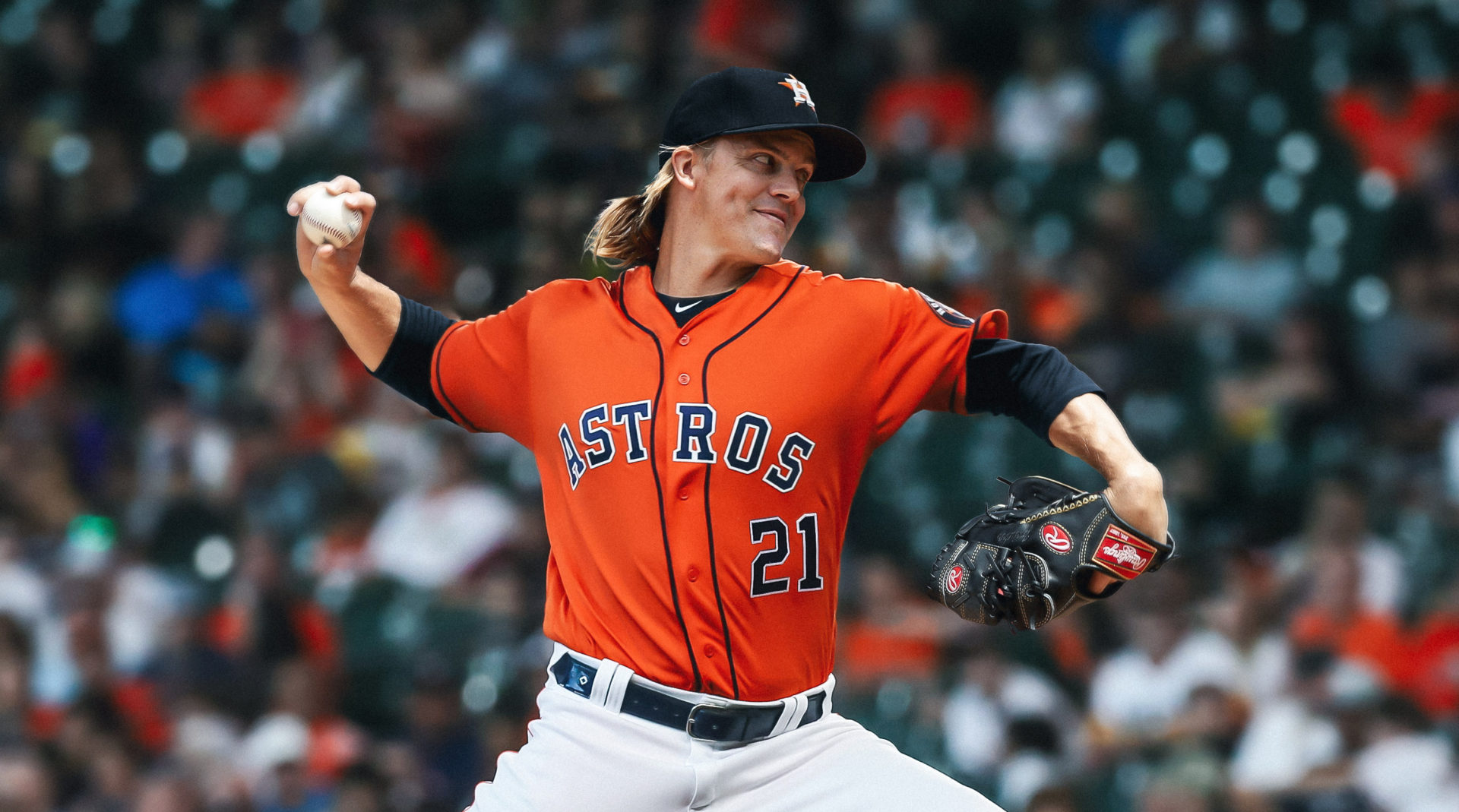 Zack Greinke highlights our card of MLB props for Tuesday's slate (8/6), as the veteran makes his first start for the Houston Astros since being traded from the Diamondbacks in last week's blockbuster deadline deal.

While he'll be pitching in new surroundings, the opponent is a familiar one in the Colorado Rockies. We'll dive into that one while also taking a look at the O/U of 4.5 Ks for Blue Jays rookie Trent Thornton.

We put the kibosh on ourselves last time out by jinxing a perfect 10-0 streak on betting Gerrit Cole overs.

But our article plays remain on the right side of 60% with a 40-23 record, while our full slate of subscriber picks are clicking along at a 58% rate. There's still plenty of season left to join us, and if baseball isn't your thing, our early-bird NFL prop packages are now live!

The rich get richer as Greinke makes his first start for the Houston Astros tonight, a team which already boasted what was likely baseball's best starting rotations.

The former Diamondback should have no limitations in his debut and faces a familiar NL opponent in the Rockies. The Rockies strike out 9.29 time per game, which is the eighth-worst mark in MLB. In reality, they have some of the most drastic home-road splits in the league, making their outlook considerably worse tonight.

In the same number of home/away games, the Rockies have:

The Rockies ring up almost 2.5 strikeouts more per game when they're on the road (10.5) than in the batter-friendly confines of Coors Field (8.09).

Greinke has faced the Rockies four times already this season, registering strikeout totals of 4, 6, 2, and most recently 9 Ks in a home-start shutout for the 16-year veteran.

With the Astros coming in as a big -200 favorites against a poor road team, Grienke should be in line for a long start tonight, giving him a solid shot at hitting at least 6 Ks.