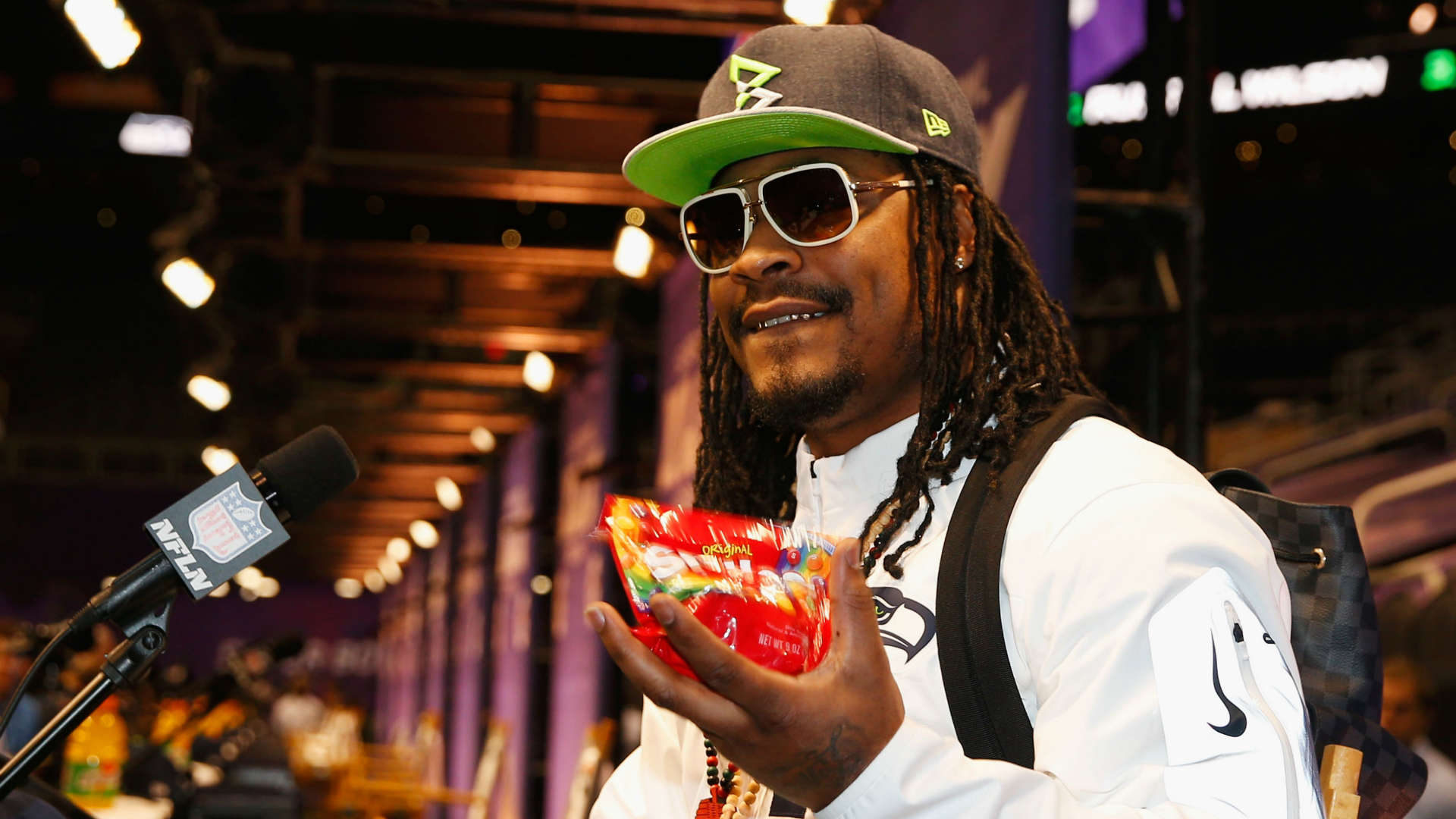 OddsMakers are not bullish on Marshawn Lynch’s chances of busting loose in 2018. The Raiders running back has been slapped with a yardage prop betting line that is making many a bettor do a double take.

Not only does the total offered by sportsbook.ag appear low, but there’s a minimal amount of juice on the over.

That 650.5 total is enticing, and it’s hard to resist just hammering away without further consideration.

But let’s ask just one question first — why is the total so low?

Why is Lynch’s rushing total prop bet set almost 250 yards short of his 891-yard total from last season? That’s a 27 percent drop in expectation. A shocking figure, considering he’s been a model of consistency throughout his career.

Why are oddsmakers fading Lynch? He’s rushed for, or been on pace to rush for, well over 650.5 yards in every single season since his rookie year of 2009.

Even in his worst non-rookie season, Lynch only had 202 carries and a brutal 3.6 yards-per carry average, yet he still cleared our line by 87 yards.

The only reason I can think of for Vegas selling him so short is the arrival The Muscle Hamster in Oakland. Doug Martin was signed by new head coach Jon Gruden as a free agent after a brutal couple of years with the Buccaneers.

Is Martin really a threat to take that much work away from Lynch? Not unless he’s resurrected from the dead.

Martin has debatably been the worst RB in the league of late. In the last two years, his 2.9 yards per carry ranks second last among all RBs with at least 100 attempts.

Unless Martin, who’s almost 30-years old suddenly finds the fountain of youth, it’s hard to see him stealing much work from Lynch.

Fantasy football experts concur. Lynch popped as the best value of any player in our RB Cheat Sheets, with all the sets of projections easily putting Lynch on the over.

Looking at market share is key for projecting RBs.

It’s hard to predict what an RB will do with his carries; it’s much easier to predict how many he’ll get.

Let’s look at the percentage of his team’s carries that Lynch has commanded over his career, as that number tends to be pretty stable from year to year. 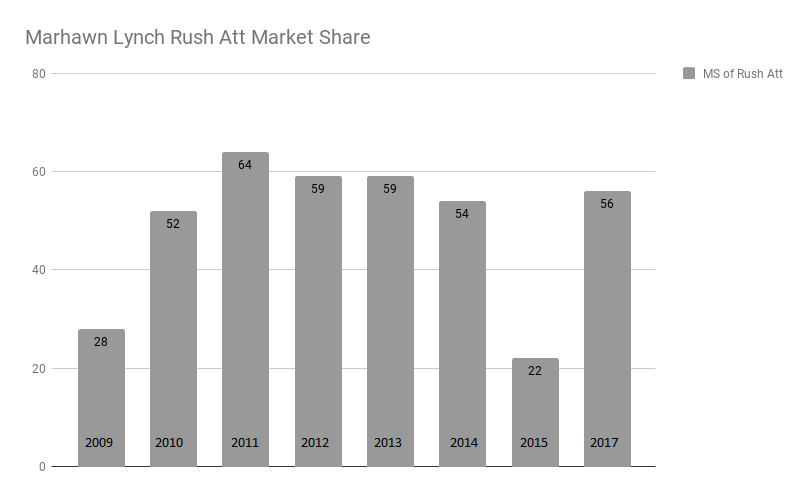 Since his rookie year, Lynch has had no less 52 percent of his team’s rushing attempts in any season, not including his 2015 season which was mostly lost to injury.

Using the projection machine at FF Draft Prep, let’s look at how much market share Lynch would have to lose to Martin to fall short of 650.5 yards.

We have to go all the way down to a 42 percent market share before Lynch’s projection falls under 650.5 yards.

However, even under in that last scenario, if Lynch runs for the same 4.0 YPC that he did last year, instead of 3.8, he still hits the over by 21.5 yards.

The bottom line is that Lynch would need to get something less than 170 carries not to hit this prop. Other than his injury-shortened 2015, he’s never had fewer than 202 carries since his rookie year.

Lynch would have to average less than a paltry 40 yards per game to fall short. As the feature back in Oakland, I’m not sure how that happens.

Injury is always a risk for running backs, but that possibility appears to be already baked into this low line.

Sure, Martin could shock everyone by turning back the clock to his glory days, but his recent form has been so horrendous that such a picture is hard to paint.

That’s a lot of Skittles.