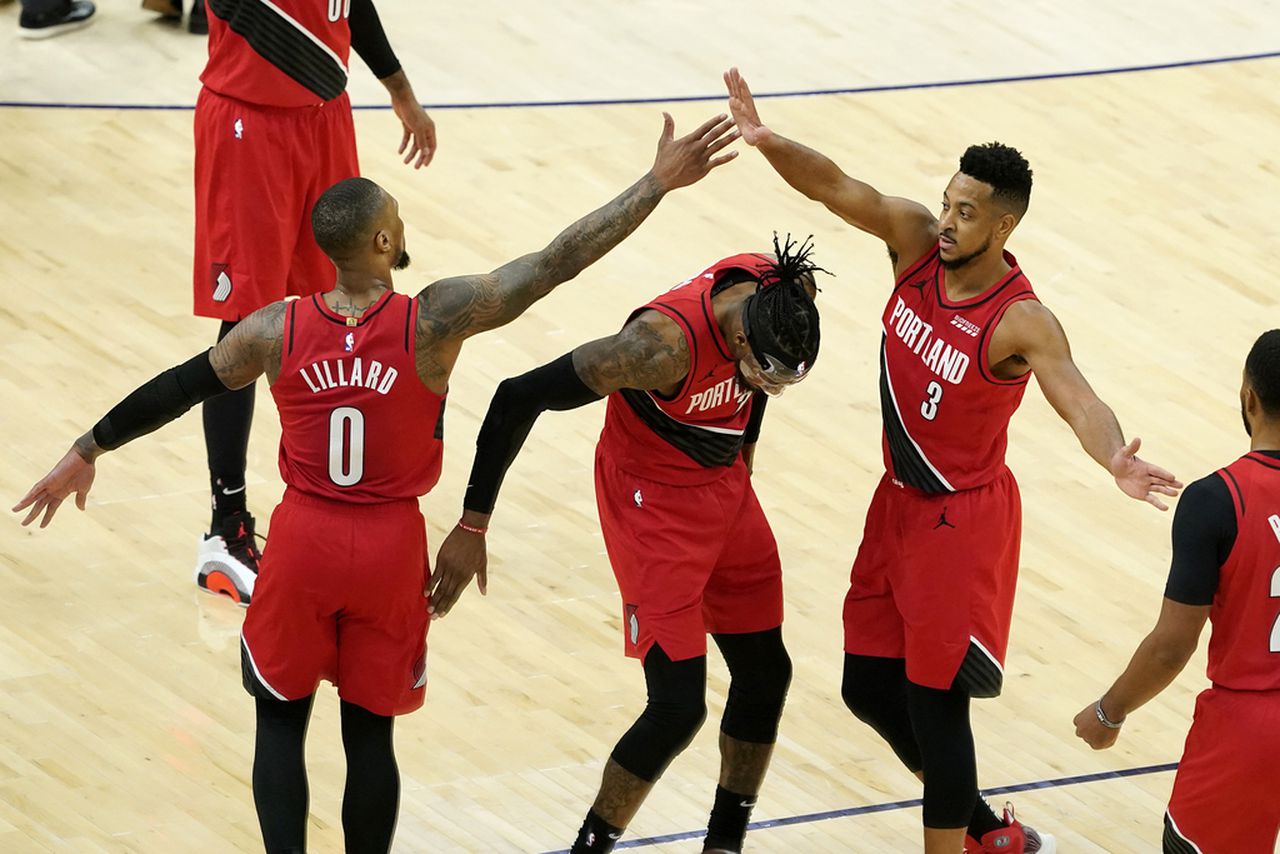 After a regular season that where we never knew who would be out from night to night, we finally get the playoffs, where every team will give it their all. There’s one series I’ve focused in on where I think there’s some value, so I’m making some Trail Blazers playoff bets here in Round 1.

Here we have arguably the most evenly matched playoff series in the western conference which is also reflected by the nearly even odds on most sportsbooks. The Nuggets bring a 47-25 regular season record into a showdown with the Blazers who finished 42-30.

Denver had an excellent regular season season, led by Nikola Jokic who is the odds on favorite to win the MVP award. The Western Conference’s third seed was at one point a popular selection to win the NBA title prior to losing star guard Jamal Murray to a season-ending ACL injury. Then Denver also lost starting shooting guard Will Barton, who is dealing with an injured hamstring.  With the injuries mounting, their trade of guard Gary Harris has left them with very little depth in their backcourt.

Despite these challenges, the Nuggets did manage to go 13-5 after losing Murray, which is a testament to their resolve and the skill of head coach Mike Malone.

There’s no major weakness on either side of the ball in Denver, as they rank seventh in offensive efficiency and 12th in defensive efficiency. The Nuggets run their offense through Jokic who is one of the most gifted passers in the league. The MVP front-runner finished second in passes per game (75.9) and sixth in assists (8.3 APG).

Jokic’s co-pilot is sophomore sensation Michael Porter Jr. who has emerged as one of the most gifted scorers in the NBA. Porter picked up a lot of the scoring slack after Murray’s injury and averaged 24 PPG on excellent shooting splits of 56/46/82.

The Trail Blazers dealt with adversity of their own, but fortunately for them their injuries came earlier in the season and they are fully healthy heading into this series. With their health improving, Portland has played their best basketball down the stretch, winning 10 of their final 12 games.

While the Denver backcourt has been thinned, Portland’s team makeup is almost the polar opposite, as their strength primarily lies with their backcourt depth. The sixth-seeded Trail Blazers have arguably the best scoring backcourt in the league, anchored by superstar Damian Lillard and the perennially underrated CJ McCollum. Adding to that depth is Portland’s trade deadline acquisition of guard/forward Norman Powell who is a very solid two player, and a reliable third scoring option.

While on the surface these teams are fairly evenly matched, the injuries to Murray and Barton will ultimately be too much for the Nuggets to overcome. While I expect a very competitive series that may reach a Game 7, the Trail Blazers guards have the ability to make big shots down the stretch and in crunch time, something the Nuggets are lacking. It’s a huge mismatch in this series, and the market is underrating the impact it will have.

Portland’s combination of playoff experience, veteran leadership, and a plethora of difficult shot makers will ultimately prove to be too much for the Nuggets.