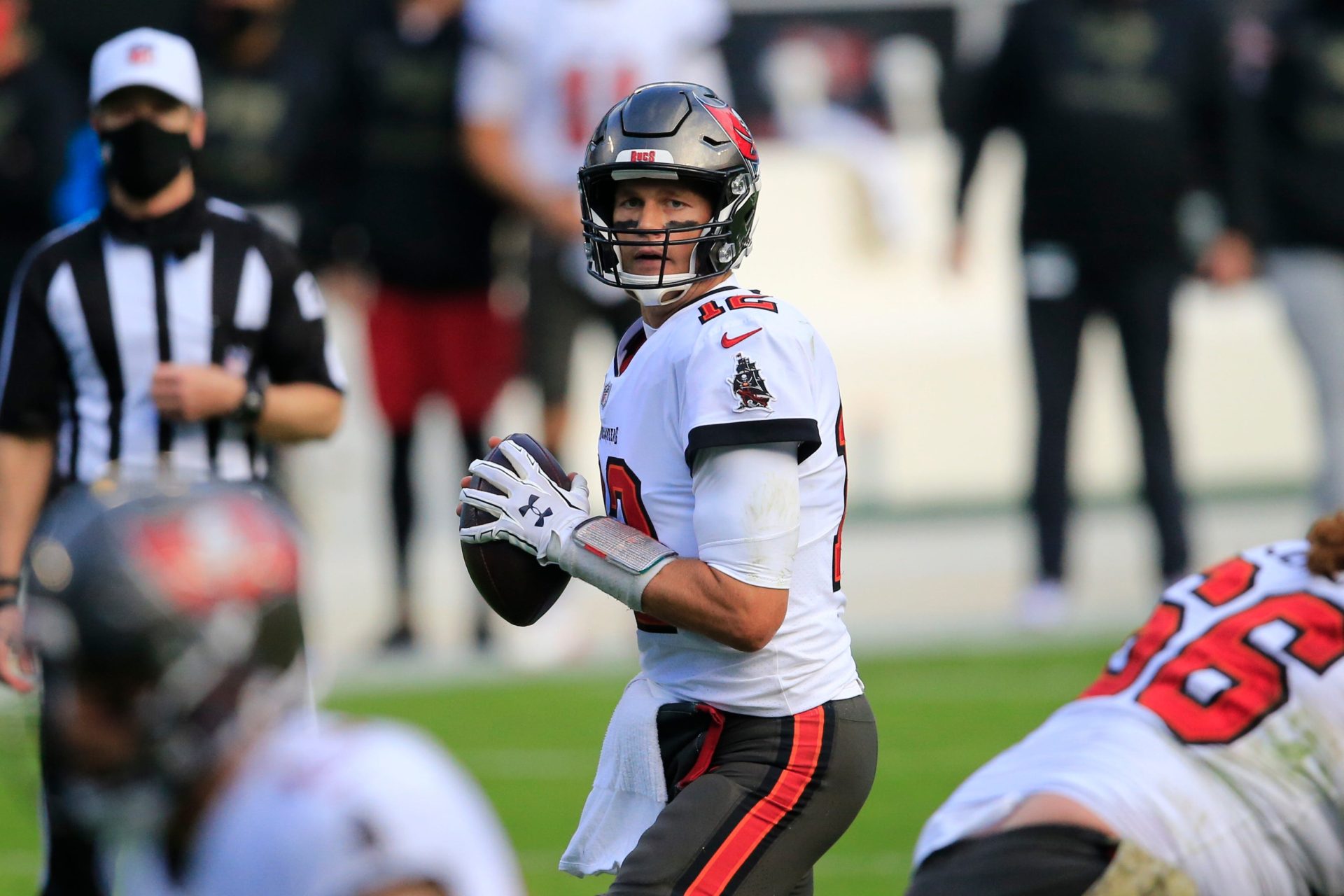 We wind down Week 11 with this Tom Brady prop, which has already been subject to some movement and will likely be subject to more throughout the day. If you miss this number, check in closer to kickoff because there has been some wild movement in primetime this year.

Brady’s had some huge performances for his new team, but he’s also put up a couple of bricks. Which will it be tonight against the Rams?

We’re on fire in primetime, coming off wins on TNF and SNF this week; here’s our record on the year:

Note: We locked this in play at opening for our subscribers at U300.5 passing yards, but we like it down to 290.5 as well. If you are a bettor who needs every drop of CLV you can get, we are the betting service for you.

This is just a big number for a guy in a tough matchup, struggling to find consistency and averaging only 273.9 yards.

He may not get much of either against the Rams.

Guess which defense has held opposing QBs to the fewest yards per attempt?

It’s not the Steelers, and it’s not the Ravens; it’s the Rams leading the way with a sterling 5.7 YPA against, despite fading MVP candidates Russell Wilson and Josh Allen.

Just one QB has hit this number against LA — Allen had 311, while the rest of the group averaged 187 yards.

Not only are QBs facing them extremely inefficient, but they don’t get in much volume either. Because they are one of the run-heaviest teams in the league (they run 46% of the time, eighth-most), Rams opponents are running 62 plays per game, ninth-fewest.

Low volume combined with low efficiency is a tough way to make a living; just ask the QBs who’ve faced LA this season, who are 7-3 to the under.

This line is just too inflated, a likely result of Brady’s name power multiplied by everyone loving to bet overs in primetime.