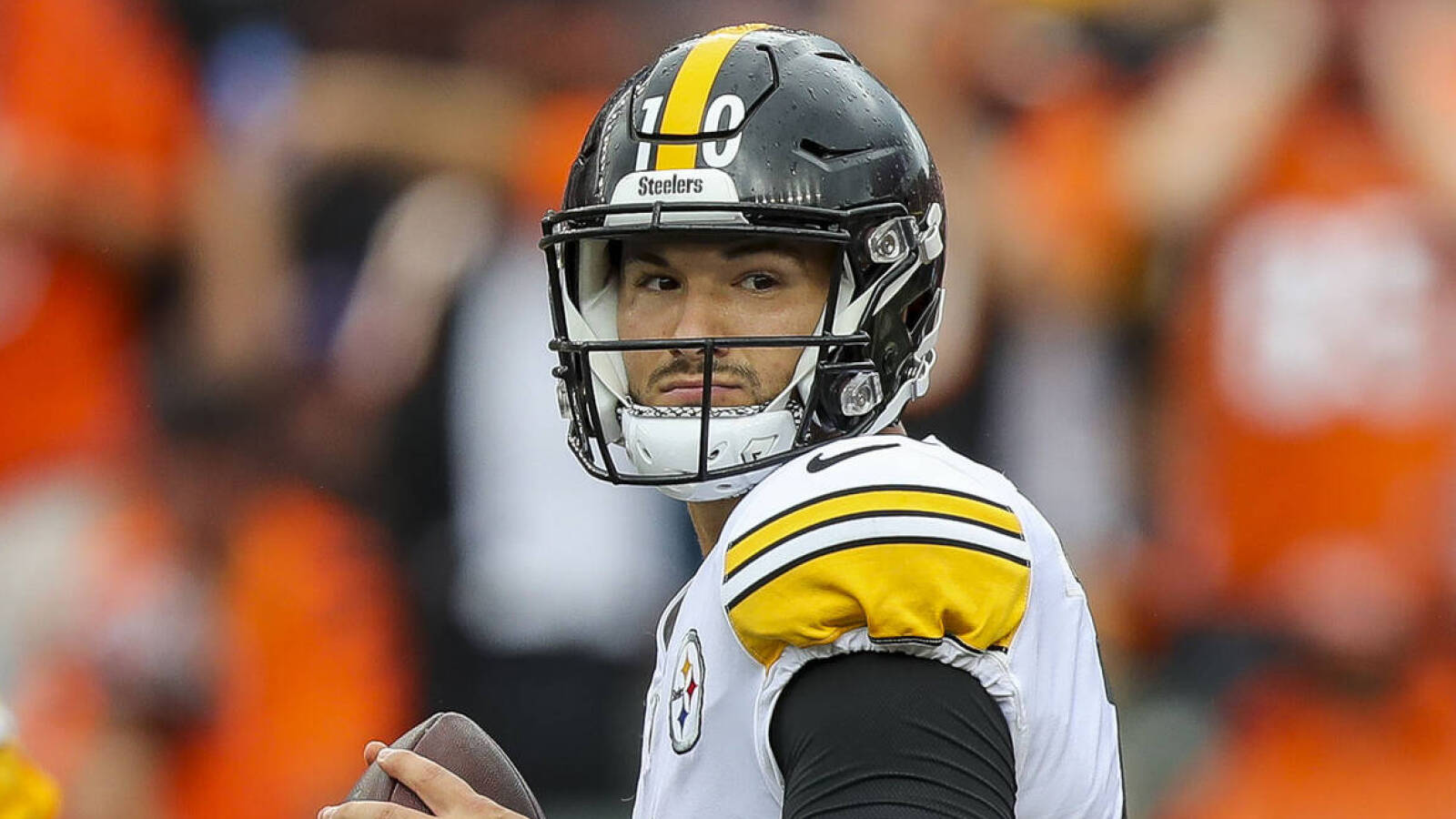 To the surprise of absolutely no one, it’s been a tough start to the season for Steelers starting QB Mitch Trubisky. Things won’t get any easier tonight, and he’s the focus of one of our favorite TNF props for Steeleters Browns.

Trubisky has been among the worst starting QBs in the league so far, and tonight he’ll not only battle the a very good Browns defense but some brutal conditions as well. Let’s jump in.

Shop the latest TNF props for Steelers Browns for FREE in our Prop Odds Comparison Tool.

Trubisky hasn’t cracked 200 yards yet this season, and this is not the spot to get going.

This game has a point total of 38 – the lowest total of any game this week – and Trubisky is facing a good Browns defense that is expected to have Myles Garrett in the lineup. Garrett is a game-wrecker, and his presence alone increases the chances of an in-game benching for Trubisky.

But we don’t need a benching to cash this prop. We just need Mitch and the Steelers to keep doing what they’re doing:

Trubisky’s 5.1 Yards per Attempt is effectively last among all QBs with (only Dak Prescott was worse on a smaller sample)

The eye test and the stats point to one of the league’s worst starters, and though we’re probably not there yet, an in-game benching for rookie Kenny Pickett wouldn’t be a total shock.

We played this earlier in the week for our subscribers, and that was before the weather forecast took a turn for the worst. Parts of Ohio are under a severe storm watch with heavy winds in the forecast.

When it comes to wind, anything over 15mph has an effect on the passing game historically. If we’re really going to see sustained winds of 20mph, gusting to 30, that will have a huge impact on how this game plays out.

Neither of these QBs possesses the kind of arm capable of cutting through the wind, and we should expect a very conservative game plan.

Look for more running from both sides, with the passing game being mostly reduced to short passes — something that Trubisky and the Steelers have been happy to do even in the best of conditions.

This number still isn’t adjusted enough for the ugly weather forecast. We’d play it down to Under 195.5 yards.