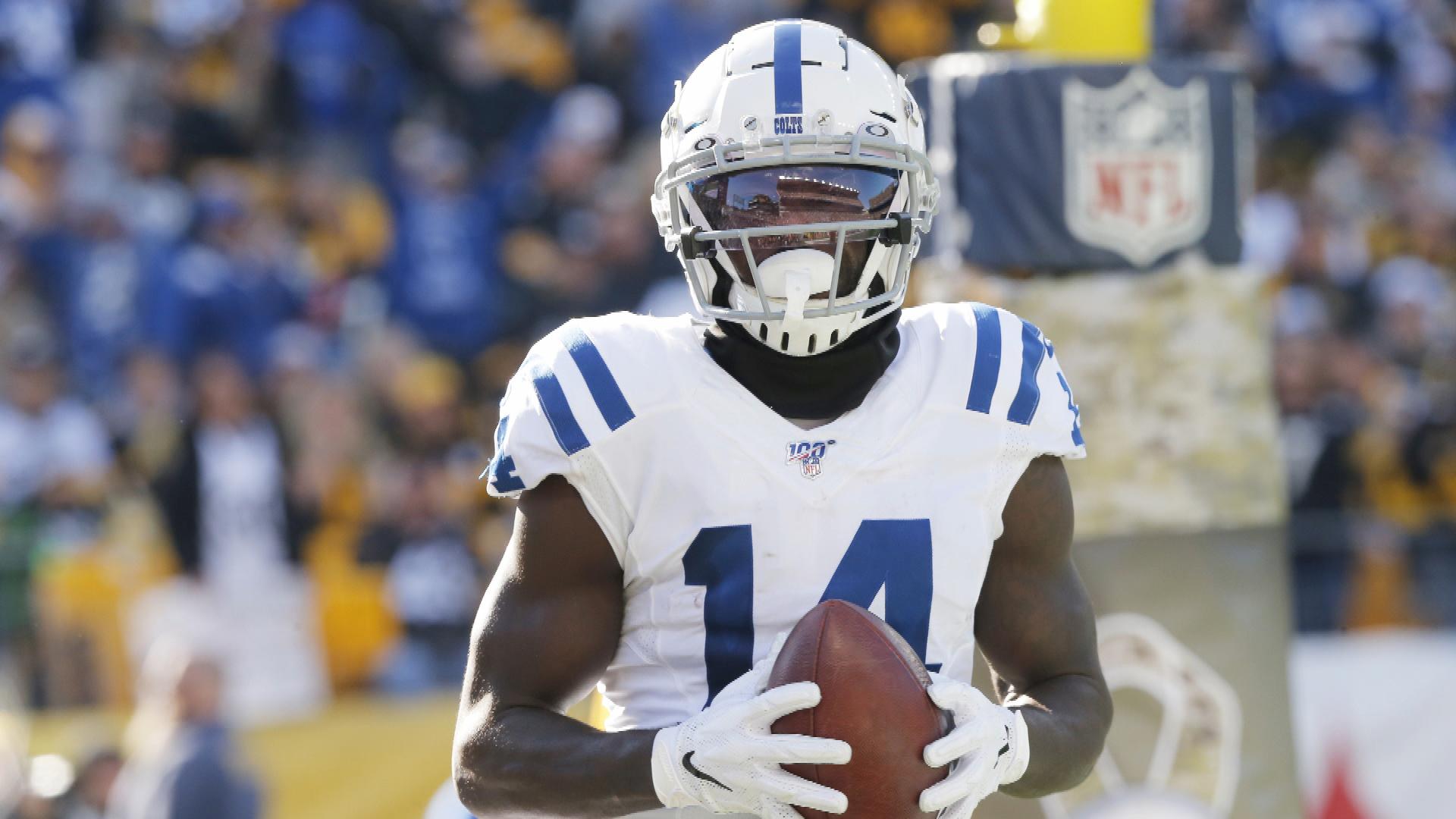 We’re slapping a put option on Colts WR Zach Pascal in our look at one of the best TNF props for Colts Jets.

The fourth-year man out of Old Dominion has been a steady presence in Indy’s passing game this year, but we think his line is a little overvalued tonight, and we’ll explain why.

This is not our favorite island game of the year for props, so consider this play a lean for 0.5 units (0.5% of your betting bankroll).

We’re coming off a win in primetime the last game out, while our NBA props are clicking along at a 67% clip so far — join us here to get all those picks and more alerted to your device.

Expect a sweat here either way, as this is a line that Pascal has flirted with throughout most of the season 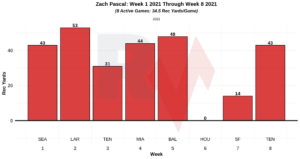 Still, he’s only hit this number twice while averaging 34.5 yards with a median result of 43. Despite operating as their No. 2 WR, he’s not been a particularly effective target:

TY Hilton will miss this game with a concussion, which is likely the main reason this line is so high in the first place. His O/U of 46.5 receiving yards represents his highest total of the season. Before tonight, his high line was 40.5 with an average of 34.4.

We think his yardage line is a little overadjusted for the absence of Hilton, who’s only played two games all year anyway, as well as the perception of the Jets being a super-soft matchup.

The Jets may be a bad defense overall, but that means they’re mostly trailing and teams can stick to the ground game, something you know the Colts would be happy to do with the red-hot Jonathan Taylor tonight.

The Jets have run the third-most plays in the league while trailing by seven points or more, and with a +10.5 spread tonight, oddsmakers are expecting more of the same.

Meanwhile, the Colts pass just 45% of the time when leading by seven-plus points, while also running an extremely slow offense — their 30 seconds/snap pace in those big-lead situations is the third-slowest in the league.

It’s a trend we’ve seen play out at the macro level over the years as well, with WRs on “heavy favorites” going under their receiving total 55.1% of the time historically.

Expect a sweat here, but with plenty of positive game script expected, plus projections for Pascal in the 33.4 to 45-yard range, we see some value in the under and would play it to -130 or U44.5 yards.