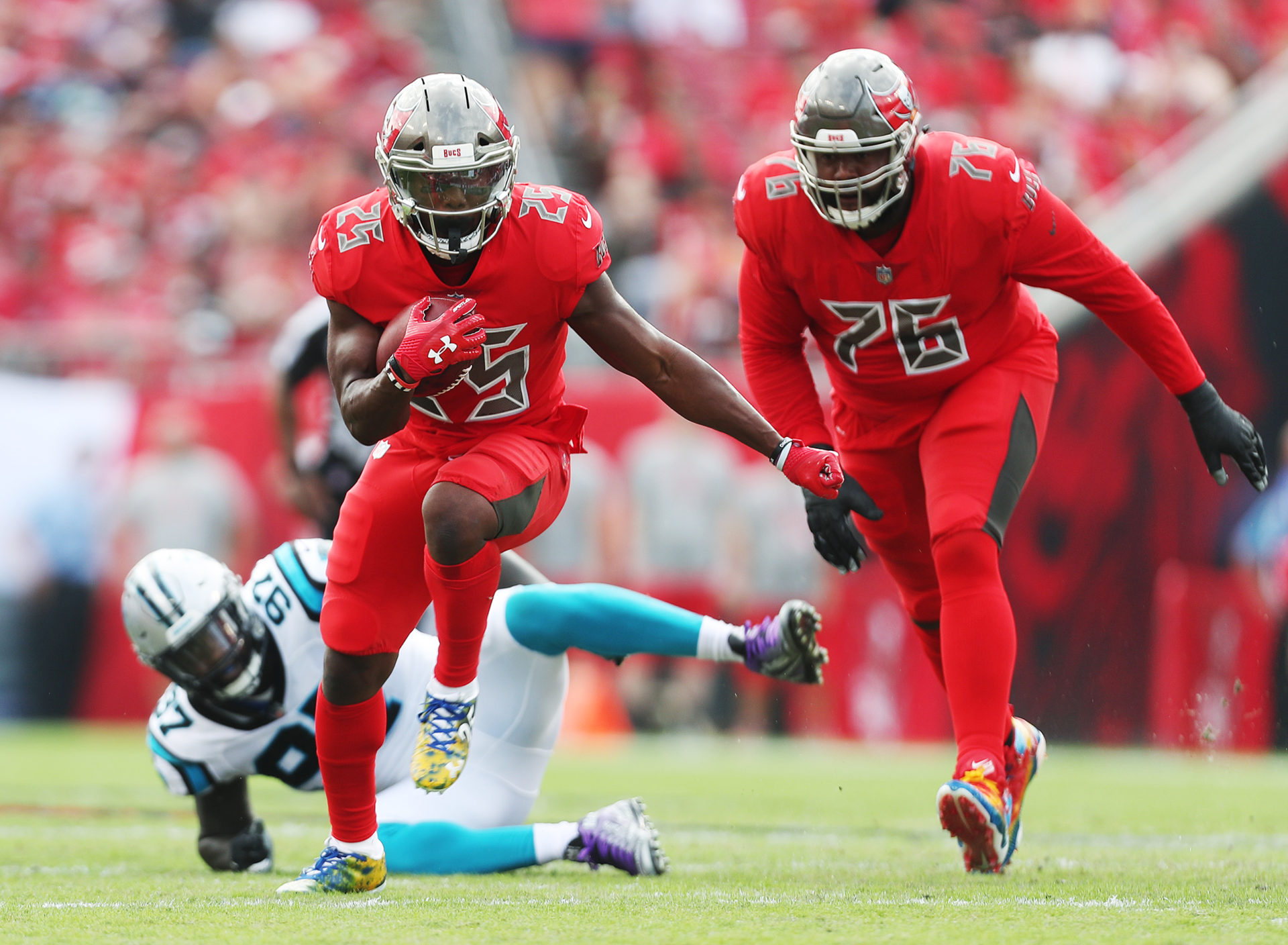 Thursday Night Football is almost here again, and we’re taking an early look at some of our favorite fantasy player props for the Buccaneers at the Panthers.

The New Jersey sports book scene is the best in the regulated US market, and we have more and more cool games to choose from.

One of the popular options that’s been springing up is gambling on fantasy points. It’s an easy way for green gamblers to apply their fantasy knowledge and dip their toes into sports betting. Some of these props can also be found at FanDuel and DraftKings.

Our top fantasy player prop was an easy hit in Week 1after an overmatched Ryan Fitzpatrick was benched in a brutal outing vs Baltimore.

Now we’re onto the Thursday Night Football game between the Buccaneers and Panthers in Tampa, and one fantasy prop in particular that I like from Peyton Barber.

Editor’s Note: We’ve got regular props too — our picks hit at 65% in Week 1, and our subscriber packages are super cheap.

Barber got off to a rough start this year at home vs the 49ers, with his 8 carries for 33 yards and 2 receptions for 12 yards equating to a paltry 6.5 fantasy points.

In his first game under Bruce Arians, Barber’s piece of the pie was cut in half from last year.

Changing of the Guard?

Barber was leading the team in with 6 carries and 23 yards — ahead of 4 attempts for 7 yards by Jones However, there appeared to be a changing of the guard in the 2nd half, after which Barber got two carries for 10 yards while Jones handled 9 carries for 68 yards.

Digging further, Barber received his last carry at the 7:03 mark in the 3rd quarter. After that point, Barber never saw the ball again while Jones got nine touches and  Ogunbowale snagged four receptions.

In Week 1, Carolina struggled against the Rams RB duo of Todd Gurley and Malcom Brown, allowing 26 carries for 150 yards. But they should improve going forward — the Panthers were good against the run last year and added Gerald McCoy, Brian Burns and Bruce Irvin in the offseason. In 2018, they allowed the 12th-fewest rush yards and seventh-fewest fantasy PPG to opposing RBs.

In two games against Carolina in 2018, Barber had stat lines of:

The Bucs are going into the game as 6.5 point underdogs, introducing the risk a negative game script to potentially phase out Barber. Tampa Bay has lost and failed to cover their last five Thursday Night Football games. Projections for Barber range between 6.2 FPs and 6.5 FPs, giving us plenty of value on the under.