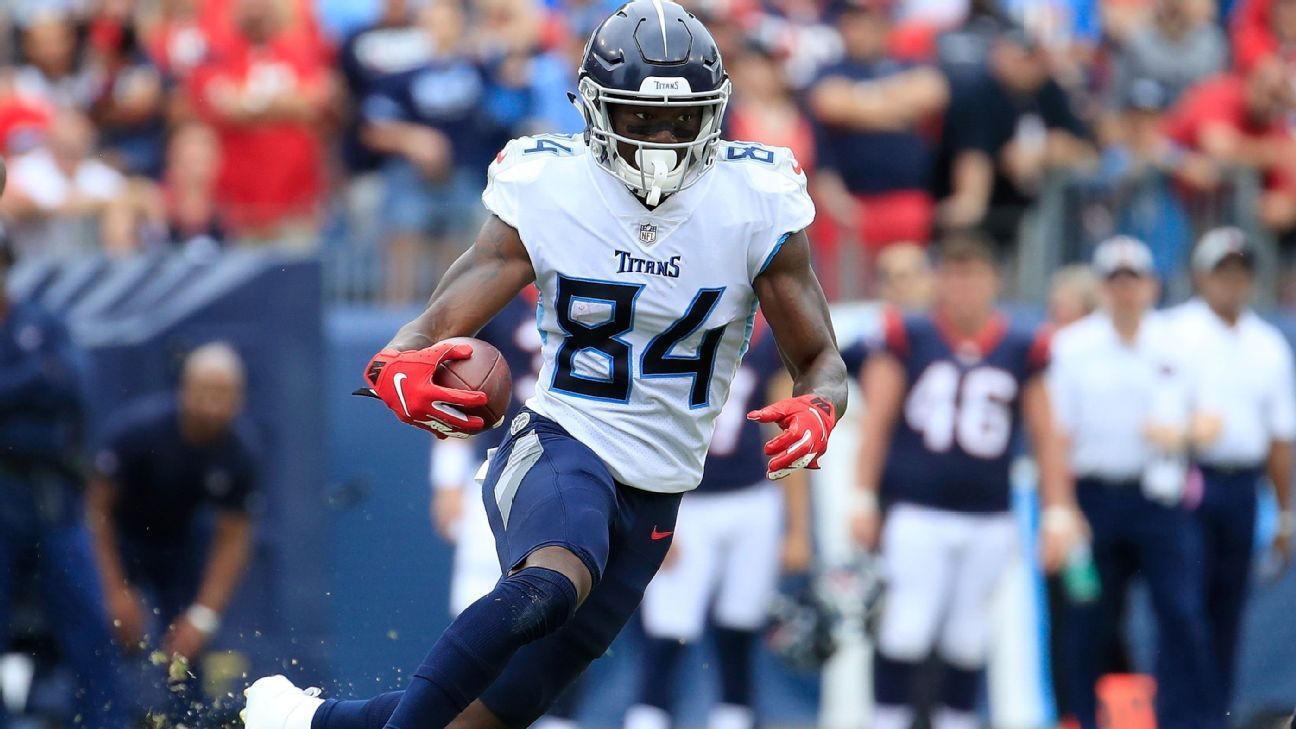 With the lowest point total of the week at 39, you knew that our best Titans Jaguars props were always going to be an exercise in fading players. The question is who.

The most obvious candidate is Corey Davis, a former first-round pick who is quickly fading from relevance. Davis can't get going and now faces the brick-wall pass defense led by Jalen Ramsey, who is still a Jaguar, at least for one more game.

I'll be straight with you: the Titans are one of my least favorite and least profitable teams to handicap -- high on talent and low on production.

It's far from my favorite spot of Week 3, so like we did last Thursday night when we went a perfect 3-0 on picks and leans, we'll go light tonight, giving you two of our best leans to go along with the one official play. Don't take our article leans lightly, though -- they're 7-1 on the season so far.

Meanwhile, our full slate of official picks has made our subscribers 11 units on a 30-16 (65%) record through two weeks. Click here and join for as little as a few bucks a week.

It's no secret that Davis has a brutal matchup versus Jalen Ramsey tonight, one in which he's repeatedly been erased.

Here's the bigger concern -- those numbers came with Davis operating as the clear No. 1 receiving option. Last year, he received a healthy 26% of his team's passing attempts -- the 11th-best mark in the league and better than target magnets like Adam Thielen (25%) and Julian Edelman (25%).

With TE Delanie Walker back at full health and a second-round draft pick spent on rookie WR A.J. Brown, Davis' target share has dropped to just 15% to start 2019. He's been rendered the third option behind Walker (24% target share) and Brown (18%) in a slow-paced, run-first offense that has attempted the second-fewest passes in the league since the start of last year.

Ramsey will be all over Davis again tonight, and I expect the Titans to be running the ball plenty against a defense that just gave up 90 rushing yards to Carlos Hyde.

D.J. Chark doesn't exactly have a cakewalk matchup against a Titans defense that just held T.Y Hilton to 43 yards and limited Odell Beckham to 71 in Week 1.

But he's Gardner Minshew's preferred option, leading the team in targets, receptions, yards, and Air Yards. We already bet him to lead Thursday Night Football in receiving and against Davis in particular, he looks like a strong value at -122.

Davis is too talented to stay down for long, but tonight is not the night to get it going. Chark and the Jaguars project to be playing from behind, giving him a good shot at seeing more volume than Davis.

I also considered playing the under on the Davis yardage line of 41.5, but it's juiced to -130, making this the preferred play. However, if the juice on this head-to-head prop moves past -130 or so, go ahead and play the under on the yardage total instead.

Leans are unofficial plays for people who want a little more action on primetime games. I’ve bet these personally, but don’t have sufficient confidence to make them official plays, especially not in this matchup.

Treat them as entertainment and play them at your own risk.