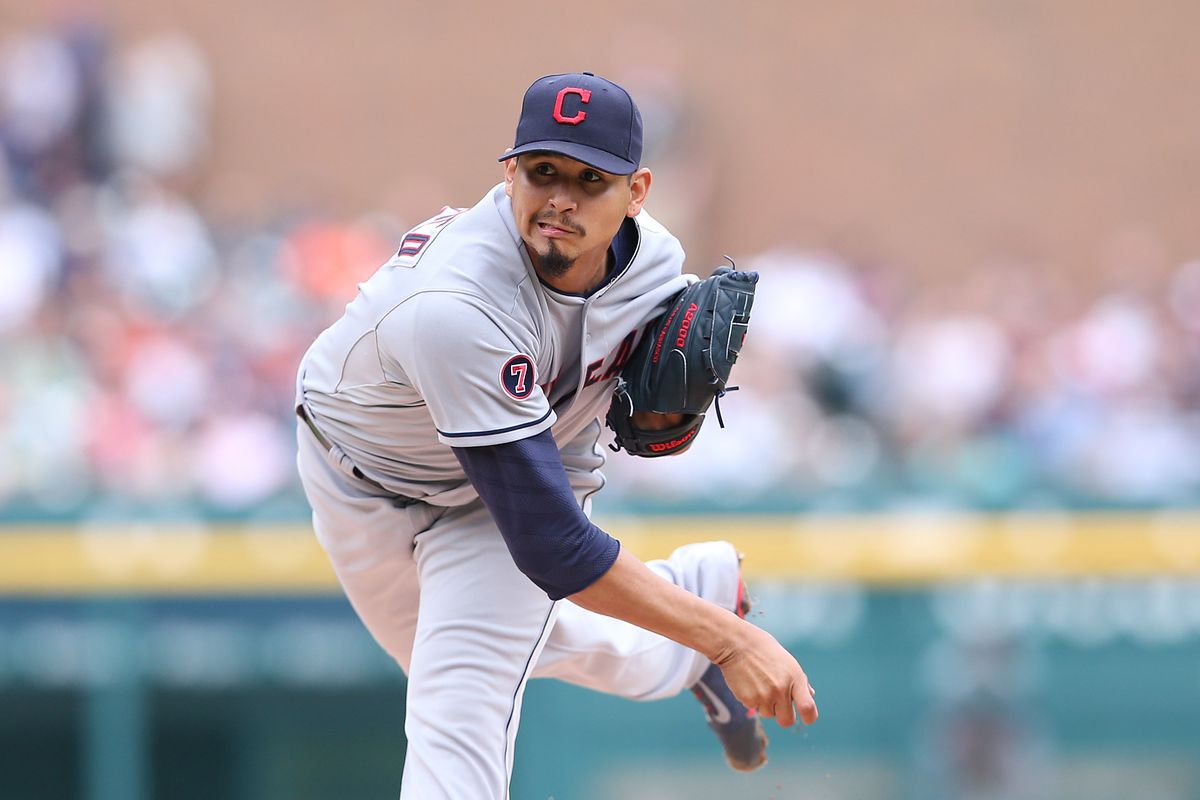 Carlos Carrasco’s Cleveland Indians (28-27) travel to the South Side of Chicago to take on the White Sox (26-29), and we’re breaking down the strikeout line of over/under 7 Ks for the burly Venezuelan in Thursday’s edition of our best MLB player props.

Last night’s card was a disaster and resulted in our first 0-3 article card of the 2019 season. Not great, but not unusual when dealing with such a high-variance market. We continue to be profitable on the season with a 188-142 record. Sign up for a subscription and get the first week for free.

We’re playing with fire by hitting the under on a reasonable number on a guy who can throw smoke like Carrasco. But his recent form, combined with these plus odds make it too tempting to turn away.

Carrasco is coming off one of his worst starts of the season against the Rays, giving up 9 hits and 6 runs in 6.1 innings while striking out 6. Not a big deal by any means, but consider the fact that the 32-year old has had 6 or fewer strikeouts in four straight starts. On the season, he’s only eclipsed 7 Ks on 4 of his 11 starts, and yet we’re getting big plus odds at U7 Ks.

His average of 6.5 Ks on the season seems reasonable but is heavily weighted by two 12K outings which both came in his first four starts. His median number of strikeouts on the season is 6, and so I think oddsmakers are giving him a little bit more credit than he is due in this spot.

Carrasco has also been getting hit hard over the last month, ranking in the bottom 20% in exit velocity (91.3 mph), and bottom 5% in barrelled balls (13).

In 190 plate appearances against Carrasco, the White Sox are hitting just .190, which is definitely a factor working in his favor in this one, as is the fact that he’s struck the Sox out at robust 31.6 kRate.

But while he has picked up wins in each of two recent starts against Chicago, allowing zero earned runs through a combined 12 innings pitched, he wasn’t exactly lighting them up in the strikeout department, registering 6 Ks in each of those starts.

Carrasco has also been considerably less effective on the road this year, where his ERA and walks are both inflated compared to home games.

It doesn’t look like the man calling balls and strikes is set to do him any favors either — Umpire Fieldin Culbreth calls 15.75 Kper9, which is .97% lower than the league average.

I’m only playing this at 7Ks — I’ve seen this line at 6.5Ks and wouldn’t touch that. I think we push a lot at this number, but with +127 odds, I’m happy to take the chance that Carrasco continues his recent streak of going under 7.