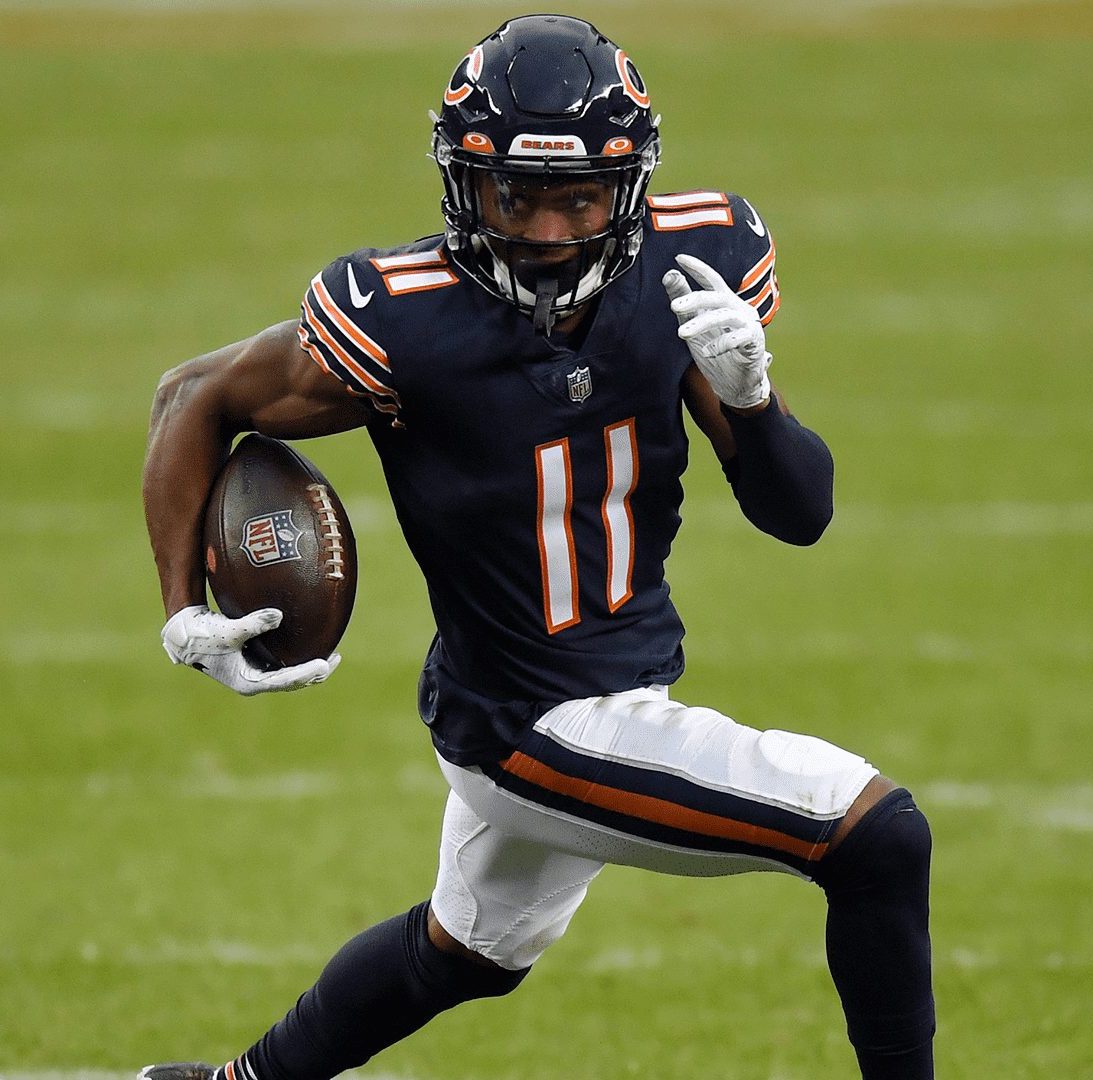 Chicago’s low-volume passing offense has been incredible for betting unders, and we’ll continue that this evening. We’re doubting Darnell Mooney, as there shouldn’t be many opportunities for any Chicago wide receivers in this contest. Meanwhile, there’s plenty of value on Washington tight end John Bates. Starter Logan Thomas is inactive, which should open up several targets for Bates.

It’s never easy to fade a player at a low number. But, the 2022 Chicago Bears are truly an outlier. Darnell Mooney has only recorded at least 4 receptions once this season, while Justin Fields is yet to throw more than 22 passes in any game.

Mooney leads the team with 21 targets on the season. But, this is only good for the 90th most in the NFL this season. The next lowest team leader in targets is Tennessee’s Robert Woods with 28 targets through 5 games.

The lack of passing volume in Chicago’s offense is legitimately astonishing. They’re attempting just 17.6 passes per game, the fewest of any team since the 1973 Buffalo Bills. It’s difficult to overstate how pre-historic the Chicago offense is.

Since 1980, Chicago has the lowest pass attempts per game figure of any NFL team in any season. And, this is by a solid margin, too. The Bears are throwing 15% less than any other team on this list, as the 1982 Patriots have the second-lowest figure at 20.8 per game.

As only a 1-point home underdog, Chicago should employ a massively run-heavy game script tonight. And, as we’ve seen this does not bode well for Mooney.

Mooney’s only seeing 4.2 targets per game, to begin with. But, Justin Fields is struggling to deliver many of these targets accurately.

Out of 32 quarterbacks that have started at least three games, Fields ranks 31st in On Target Throw percentage. The second-year pro has put just 68.2% of his throws on target, a small step down from his 72.7 OnTgt% in 2021. The only QB with a lower mark in 2022 is Baker Mayfield, and he’s had plenty of his own struggles thus far.

Chicago’s young quarterback throws downfield at an incredibly high rate, too. These throws obviously have a lower chance of being completed, and that’s part of the reason Mooney has only caught 2.0 passes per game in 2022.

It’s difficult to envision Mooney recording more than 3 receptions tonight in a game where Chicago will almost certainly continue their 1950s-style offense.

Washington will be without both Jahan Dotson and Logan Thomas this evening. Each of these guys is averaging at least 5 targets per game this season, which creates opportunities for players like John Bates to help fill this void on TNF.

Dating back to his rookie campaign last season, Bates has made an impact with Thomas inactive. And, last Sunday was no different, as the tight end turned his 3 receptions into 39 yards against the Titans.

He’s cashed this over in seven of his last eight games with Thomas sidelined. Bates is likely to see anywhere between 50% and 70% of the team’s snaps while he serves as the top receiving tight end. He’s played at least 40% of Washington’s offensive snaps in 12 career games, and he’s been involved as a receiver nearly every time. The former 4th-round pick reached the over in 9 of these 12 contests, averaging 24.7 yards per game.

The Bears aren’t a difficult matchup, and Bates should be able to make a dent in the box score as Washington’s starting tight end tonight.

Enjoy playing our best Thursday Night Football Props for Week 6 and Join us for the rest of the NFL season!