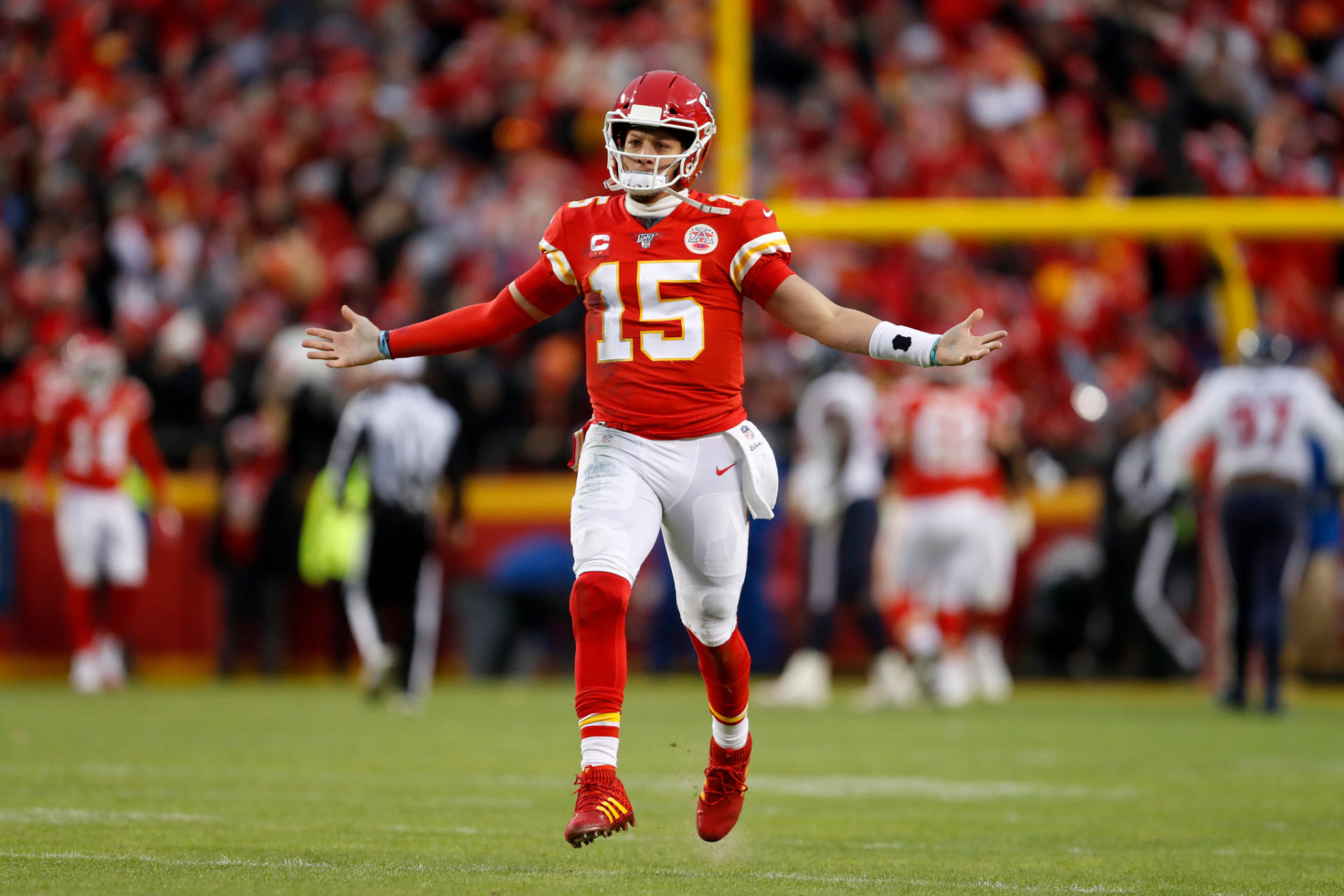 Super Bowl props are served! And we’ve got eight of our favorite looks teed up and ready to go.

We’re wrapping up a pretty solid year in NFL props:

Always remember that there were major betting outlets touting a bunch of overs on season-long props… in a covid year! We are here for you when you’re ready to be treated better.

We also hit 63% in MLB strikeout props and are currently hitting 60% in NBA player props. We couldn’t get rid of our clients if we tried. We can’t wait for another year of hitting 60% in props across multiple sports and doing with integrity and transparency — try us out for a week, and if it’s not for you, we’ll refund you and still be friends.

I like this as a proxy for the -160 you would currently have to lay to get the Chiefs money line.

How often do the Chiefs win the game and Mahomes doesn’t get the MVP? I think it takes an injury for him not to get there. A QB will be crowned MVP today, either way.

The Playoff Lenny love is officially off the rails.

This line opened at 3.5 (-114/-114) and has made a massive move to 4.5 as the public is convinced beyond any doubt that Fournette plays an outsized role in the passing game.

I get that he’s the incumbent and will be heavily involved, but line implies that Fournette will hit five receptions 47.6% of the time — a feat he’s actually accomplished 33% of the time this year (5 of 15).

Two of those came in the playoffs, and this line reaks of recency bias because when you zoom out you remember that it’s Leonard Fournette. 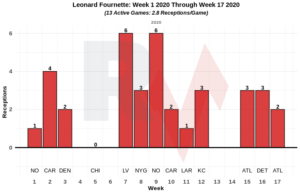 We expanded on Jones and the historical antics of Bruce Arians’ backfields in the stream above, but my general take is that there is way too much certainty baked into these lines for the Tampa Bay RB.

Let’s not forget that Fournette was a healthy scratch in Week 14.

If DK had laid this line of 7.5 fantasy points for Jones mid-season, we’d be high fiving and sprinting to our nearest online book to take the over on a guy who averaged 14.3 fantasy points. 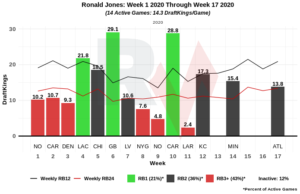 Jones is a zero in the passing game, which sucks, but we’ve got a few outs here at this number:

Buc’s opponents punted four times on average this year, so there’s that, but Patrick Mahomes & co are not your average opponent — not only are they insanely efficient, but they’re more aggressive when it comes to going for it on fourth down.

I like this as a semi-freeroll spot where we’re going to push at three punts a decent amount, but the rest of the outcomes are more weighted to the under.

In a fast game as Mahome’s go-to guy, Kelce’s potential outcomes are as robust as they come. He’s had seven or more catches in 10 straight games while averaging 8.6.

He doesn’t have many five- or six-reception games in his outcomes at the moment, whereas Miami Heat star Jimmy Butler has a much more volatile range of outcomes.

In four games since returning from injury, Butler has rebound totals of 7, 9, 8, & 8. But that’s near the higher-end of his range — he’s averaging exactly 6.5 rebounds this year after averaging 6.5 last year.

The distribution of the lowest Round 4 scores is pretty tight around 65. There’s no way anyone goes below 58, yet there’s a pretty solid chance Evans does exactly that. 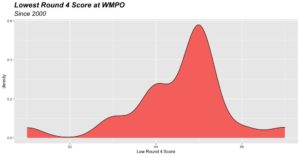 Mike Evans, has shall we say, a wider distribution than what we can expect from golf scoring today. Over the course of this season, he’s posted anywhere from two to 181 receiving yards, eclipsing 65 in only a half-dozen games. 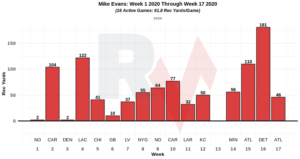 It comes down to how you view the Tampa Bay offense and the flow of the game.

I think this game stays close while the Bucs try to grind out the game a bit on the ground. With such a certain distribution for the Low 4th Round Score, I’m taking that over the Evans total.

Coach to be Mentioned 1st After Kickoff

This is a fun derivative that hasn’t been adjusted.

You’ve probably heard by now that Tampa Bay tends not to defer the kickoff when they win the opening coin toss. It’s a narrative that’s been beaten to death the last few weeks, and a lot of the main markets surrounding it (ie, Score First) have already moved accordingly.

So if we think the odds are better than not that Tampa Bay gets the ball first (KC is likely to defer), it follows that Arians would get the first mention. 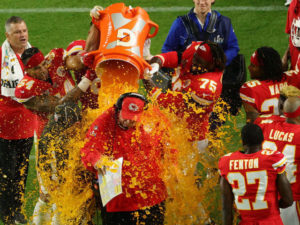 Orange is the chalk at +125 here, but it should be even chalkier.

Are the Chiefs really going to bust out the blue (on red uniforms?!), or green Gatorade after they looked so good in orange last year?

If the Bucs win, it’s more wide-open, but their color-scheme also has me leaning towards orange and red Gatorade. So there’s some more uncertainty on that side, but the +170 price seems to be accounting for that.

A Word from Bet the Prop

If you subscribed, supported, or simply spread the word on Bet the Prop this season, thank you!

The growth we’ve experienced in the past year has been insane — our web traffic from September to February was up 500% over the same time last year. Organic traffic (google) was up 400%. That’s led to some growing pains with our server, and we know many of you have dealt with the site crashing, making it difficult to get picks.

That’s frustrating, and it just sucks. We thank you for your patience there and can assure you these problems are a top priority. In fact, we’re on a new server as of today and are optimistic these issues will be thing of the past.

We are in a golden age of props – truly – and things are only going to keep growing as states like New York and California get regulated. Big things lay ahead in this space and for Bet the Prop, and we can’t wait to see where this rocket ship goes. LFG.