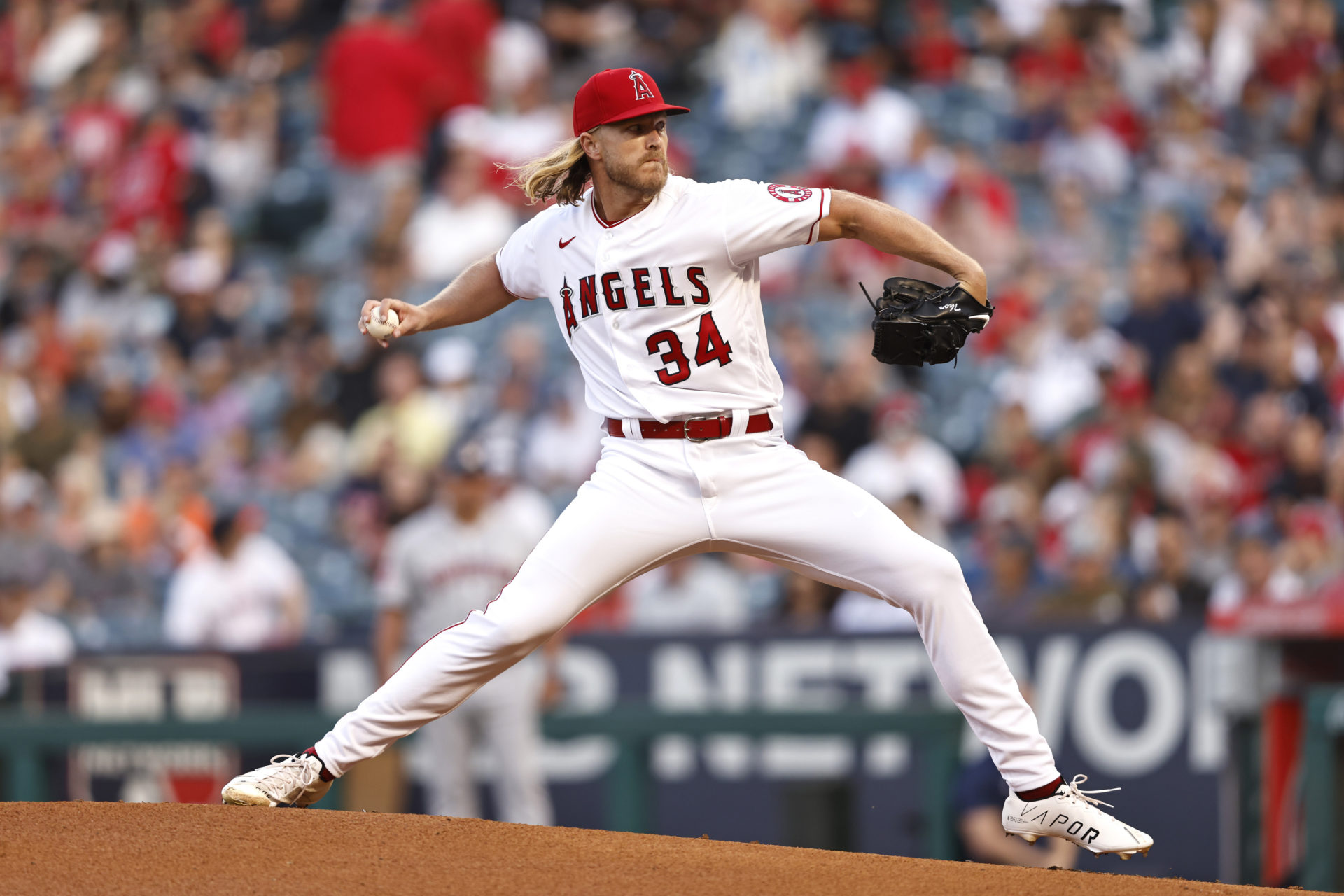 It appears that the mighty Thor has fallen, and he’s the focus one of our best MLB K props for Monday’s slate.

The one-feared hurler has looked like a shell of his former self as he continues to work his way back from major surgery, and he also gets one of the worst matchups possible today.

Our MLB strikeout props are  +18 units on the year and it’s going to be a fun summer of profit — join us here to get all our plays, plus PGA, UFC, F1 & more, alerted to your device.

The once-mighty Thor has looked like a mere mortal in his first extended stretch of action coming off of Tommy John surgery.

Entering this season, the lowest strikeout percentage Syndergaard had ever hit over his career was 24.1%, but after nearly two years on the shelf recovering from surgery, he owns a lowly 15.9% K-rate through his first eight starts this year.

That mark ranks in the bottom-15th percentile among all pitchers.

The biggest culprit? A colossal drop-off in velocity.

Whereas Thor could once dominate opposing batters with a sinker and fastball that both pushed 98 mph, those pitches are both down around 94 mph this year, a colossal drop-off in velocity which makes it much tougher to miss bats.

His best Whiff pitch now appears to be his changeup, but he faces a Boston team today that ranks in the top-16th percentile in Whiff% on changeups.

Syndergaard’s spin rate is also down this year, and he’s now gone under this number in five of eight starts with an average result of 3.4 strikeouts.

One of those unders comes against the team he faces again today.

The Red Sox got off to a bit of slow start offensively but have since become one of the best offenses in baseball.

As a result, we’re starting to see a lot of opposing pitchers going under their closing K line. 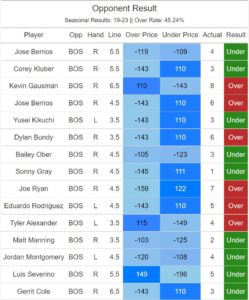 This is a dangerous lineup that can knock Syndergaard out of the game early, and even if they don’t, their excellent K% of late gives plenty of paths to hitting this prop.

Sometimes it takes a while for the betting market to adjust to a new reality. That appears to be the case here with Thor’s prop lines still a little bit too weighted by his god-like performances of the past.

At 4.5, this is an easy play against a dangerous offense that doesn’t strike out much.