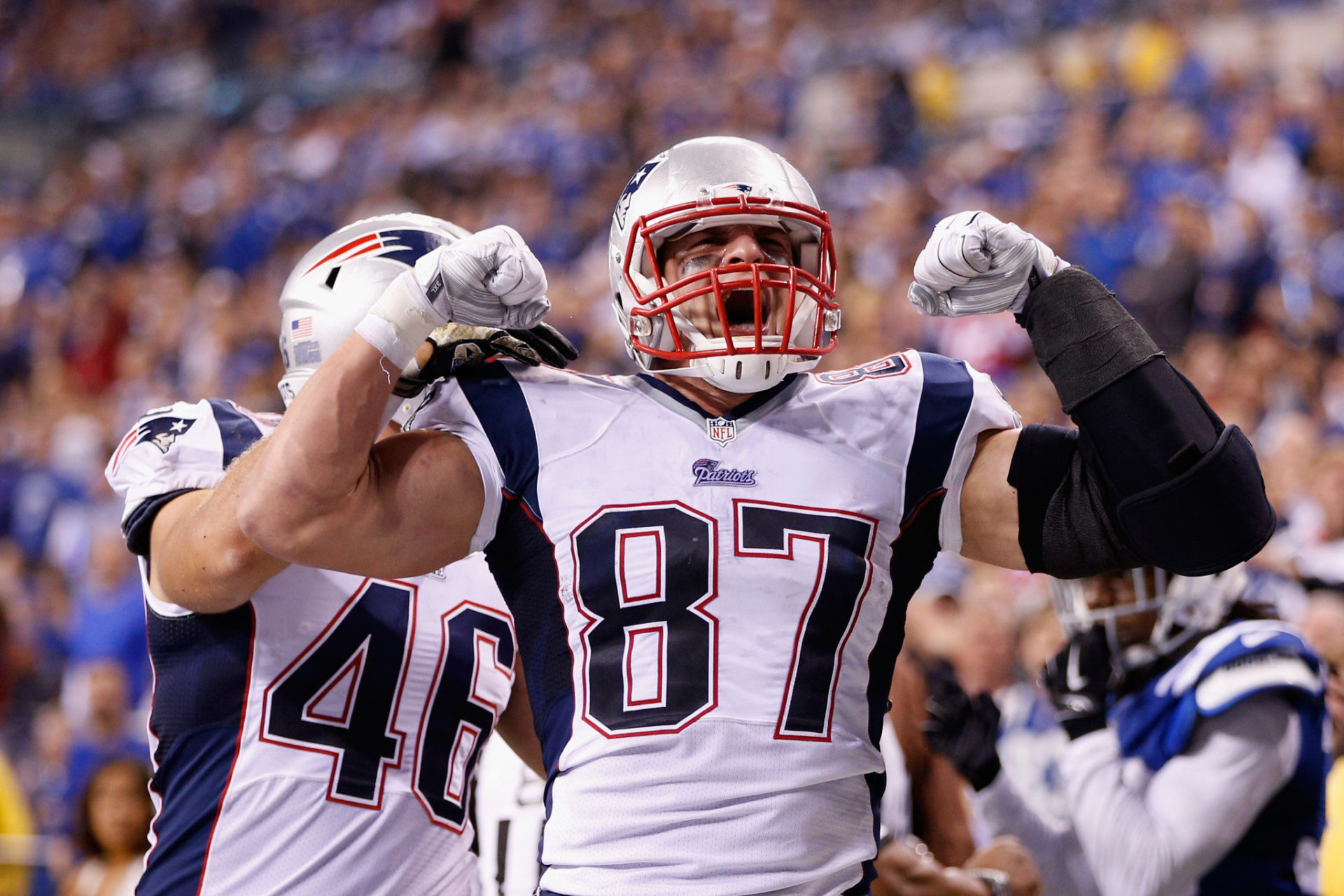 Touchdowns tend to be high-variance events, and trying to predict them can lead to early onset graying.

These aren’t bets you want to hammer, but by leveraging our cheat sheets, we can still identify some value that will give us an edge.

Here are the three pass catchers with the best chance at beating their TD totals in 2018.

Tampa Bay’s No. 1 WR emerged as the No. 1 on our TD cheat sheet, as fantasy football experts across the industry project a bounce back season when it comes to scoring.

It’s easy to see why. Evans has bounced between brilliant and blah in the TD department over his four-year career. 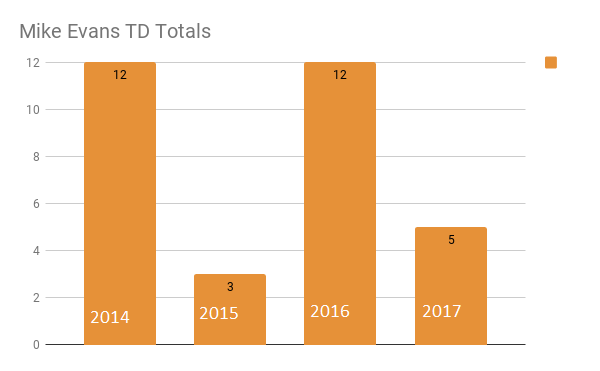 Not that he’s due or anything, but he’s probably due.

No, he probably won’t bounce to his 12-TD level of 2016, but we only need him to find the end zone six times. His over/under for TDs has been set at just five, and all three sets of fantasy football projections have him exceeding that by an avergae of 2.7 TDs.

It’s been a few years since Rob Gronkowski cracked nine TDs, but that’s mostly due to injury. That is of course the biggest worry here, as he’s missed 10 games over the past two season. However, he still scored eight TDs in 14 games last season.

The bottom line here is that Gronkowski is the greatest TD machine in the NFL, bar none. Since entering the league in 2010, he’s caught more raw TDs, and caught them at a higher rate, than any other pass catcher in the league.

The probability that Gronkowski eclipses 8.5 TDs only grows with the rest of New England’s pass-catching corps suspended and on the mend.

Julian Edelman is suspended for four games and coming off an ACL injury. Dion Lewis had 32 receptions last year and caught three for TDs, but the RB is in Tennessee now. Currently, the top of their WR depth chart features Chris Hogan, Phillip Dorsett, and Cordarrelle Patterson.

Gronkowski has never been better set up to smash. He’s by far the best receiving option on a team that scores a ton, and if he can stay somewhat healthy, he’ll blow the 8.5 over-under away.

We already explained why Fitzgerald’s over under for is a great value bet, and his TD betting total of just four appears similarly undervalued.

Fitzgerald was regularly a double-digit TD contributor but has leveled off in recent years. Still, he’s eclipsed this total in three straight seasons with TD totals of 9, 6, and 6.

The bad news for 2018 is that Fitzgerald gets a downgrade at QB, going from Carson Palmer to Sam Bradford, and likely the rookie Josh Rosen at some point. However, that’s a double-edged sword, since the Cardinals will be a worse team, putting them in game scripts which will force them to throw the ball more.

Arizona is tied for the lowest team win total with Cleveland at an over under of 5.5. They’ll be trailing and throwing the ball around plenty late in games, and Fitzgerald is the only experienced and accomplished receiver on the roster.

They’ll have no choice but to feed him the ball, and I love the over total here.