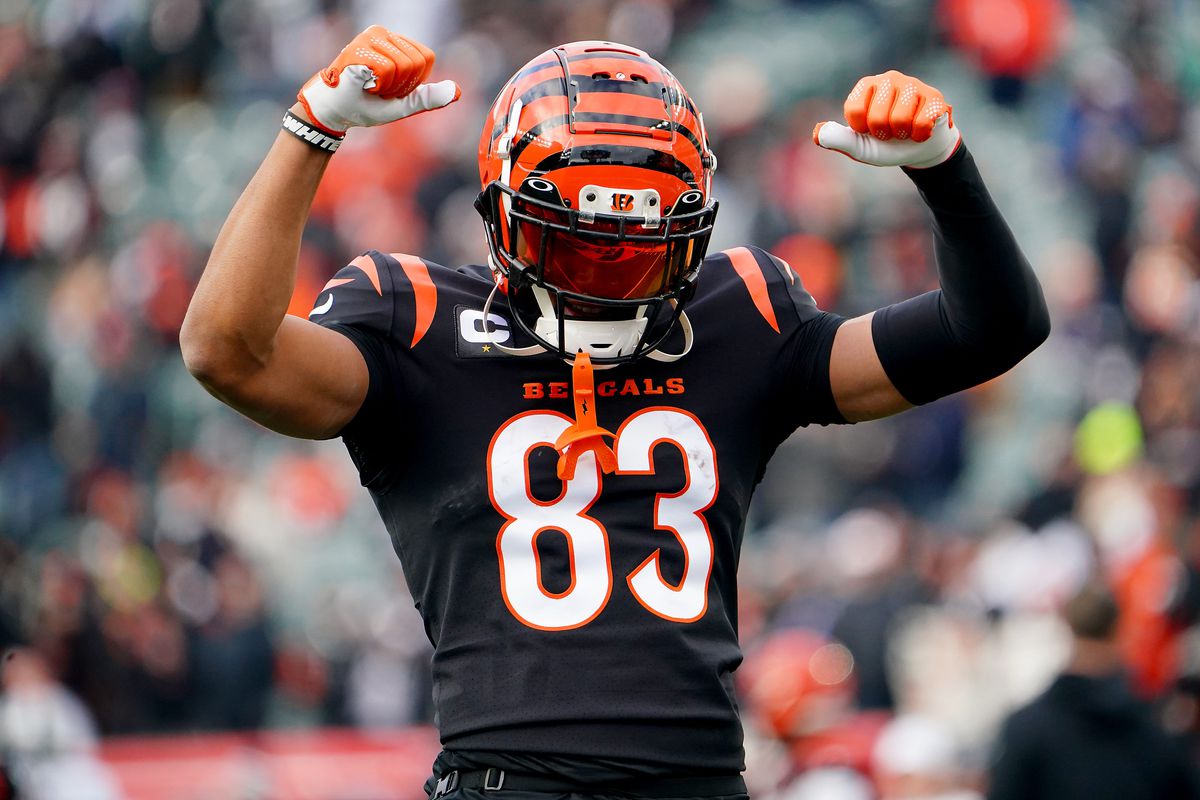 We’re focusing on Super Bowl receiving props as we break down one of our official picks and tell you how to play Tyler Boyd’s yardage line.

Boyd has been relegated to a bit part in the Bengals offense in these playoffs, but his receiving prop hasn’t quite caught up.

We’re wrapping up our third-straight season of hitting over 60% on NFL props, and we’re hitting 61% in NBA in the meantime — join us here to get all of it (plus PGA, UFC, NHL, & more).

This is about an average line for Boyd this year, and it doesn’t reflect his more recent usage or the fact that almost everyone on the Bengals offense is healthy.

Boyd is a capable receiver, but his talent pales in comparison to that of Ja’Marr Chase and Tee Higgins, and as the games get bigger and bigger, we’re starting to see Joe Burrow key in on his best players.

Boyd’s target share is down to 12.8% in the playoffs after receiving 18% of team targets in the regular season. He hasn’t commanded more than 20% of targets since Week 15.

While he may have one of the easier individual matchups on the field, I don’t think that’s sufficient to justify his line being this high in what is a touch matchup overall.

Keyed by Jalen Ramsey’s All Pro play, the Rams defense exceeded prop-market expectations this year by holding 61.7% of WRs they faced under their receiving yards line, including 6-4 to the under in these playoffs.

Meanwhile, they benefit from a massive mismatch in the trenches. Per PFF, the Bengals have the sixth-worst pass-blocking grade, while the Rams pass rush ranks number one in the league. The Bengals line has been even worse in the playoffs, allowing 12 sacks in three games.

They can’t afford to let Burrow get blown up. Cincy has been willing to let him drop back and chuck it 40 times when necessary this year, but that looks like recipe for disaster in this matchup. I think they’ll be running the ball as much as possible to keep Aaron Donald, Von Miller, and company from completely burying Burrow.

If this game gets out of hand, then this prop is probably in trouble, but the spread is currently just -4, giving hope for a tight game that allows Cincy to run the ball and grind the clock.

Boyd’s target share is down in the playoffs, and the Bengals could be leaning towards the run game more than usual, which means that Boyd’s line should not be set at seasonal averages.

But it’s the Super Bowl and people love betting overs, so his line remains a little inflated.