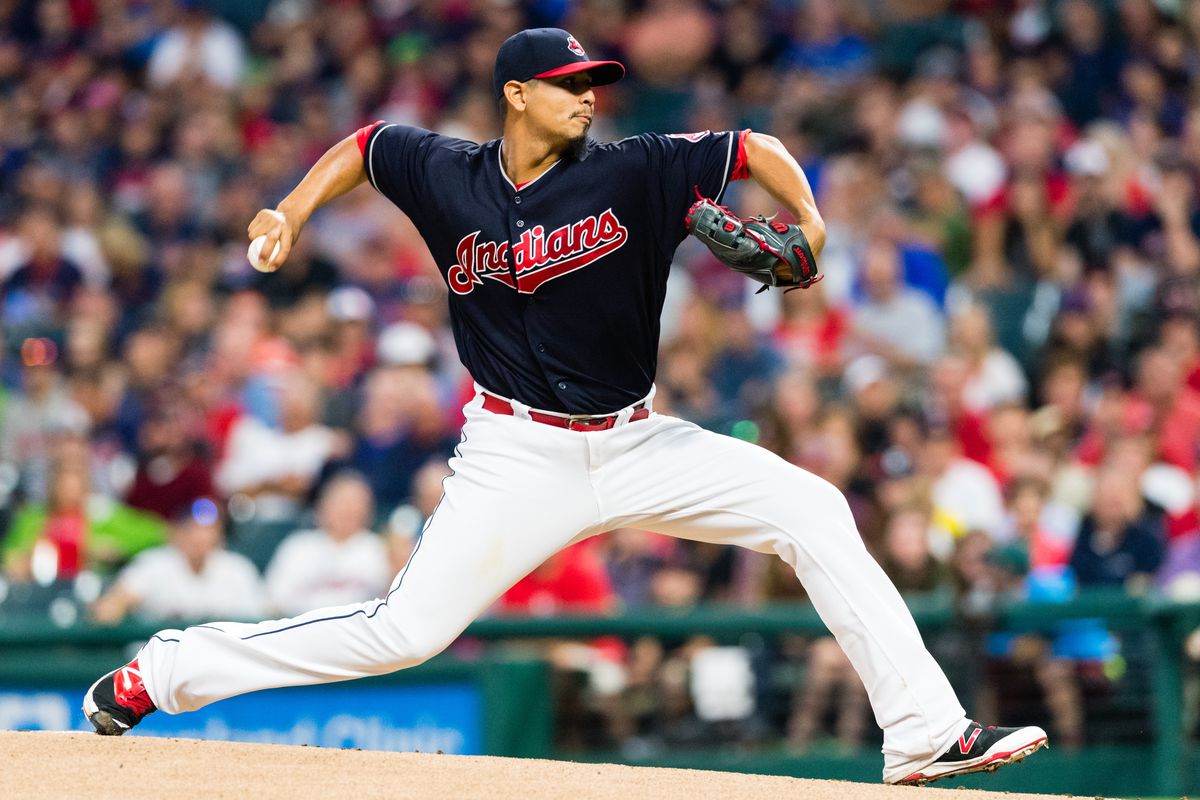 Sunday’s Best MLB player prop comes from the only night game of the slate, as the Cleveland Indians (15-11) are in Houston to close out a set with the Astros (16-11).

Right-hander Carlos Carrasco (2-2) takes the mound looking to settle in after a rollercoaster start to 2019.

We’re in the midst of a 12-5 run this weekend, and our MLB K props are now cruising along at 109-66 (62%) on the season. Join us and start building that bankroll up for NFL player props!

Carrasco has been about as uneven as any starting pitcher in Major League Baseball this season, with pitch and K counts all over the map across his first five starts.

It’s either been dominance or disaster for Carrasco so far, and overall, his heat map has him getting hit hard, despite an impressive average of 12.9 strikeouts per nine innings.

He’s among the bottom-five percentile among SPs this season when it comes to the average distance of hit balls (265.2 feet) and average ball exit velocity (94.9 mph).

Carrasco’s health is in question, as well. He left his last start limping just four days ago. It turned out to be just a bruised knee, but even though he’s been cleared, it’s probably not doing him any favors.

With the Astros being among the best batting teams in baseball, I’m leaning towards an appearance from bad-Carrasco tonight.

Over their last 150 games, the Astros boast a strikeout rate of 16.8 against right-handers while hitting for a weight on-base average (wOBA) of .346.

Vegas has implied run total of 4.3 for Houston in this one, suggesting that another short start for Carrasco is well within his range of outcomes. The wind looks to be picking up in Houston this evening as well, somewhat mitigating the fact that Minute Maid Park ranks as the most pitcher-friendly park in the league.

Overall, it’s not a great spot for Carrasco, although he obviously has the stuff to dominate any given start.