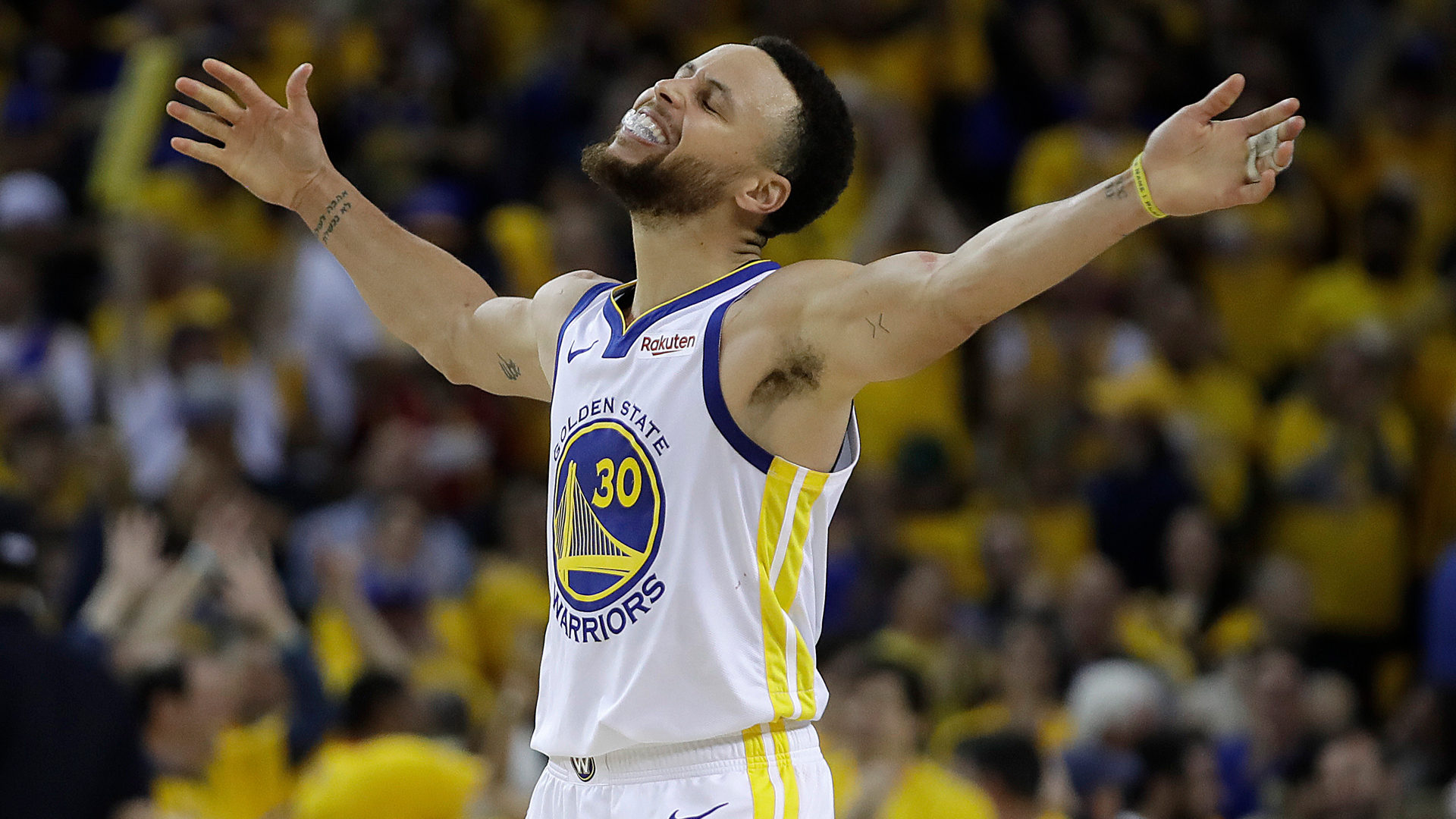 Steph Curry and Klay Thompson step back into the spotlight vacated by the dominant Kevin Durant for Game 6 of the best-of-seven between the Rockets and Warriors Friday night, but what to do about their points props?

Durant is out for an indefinite period with a calf strain, leaving his teammates to try and close out the series tonight in Houston. Curry, in particular, has taken a back seat to Durant in these playoffs, averaging just 23.5 points on 17 attempts to Durant’s 34.2 points on 21.6 attempts.

Someone needs to pick up the scoring slack in Durant’s absence, and Curry and Klay are the most obvious candidates. Betting the over seems like the play, but let’s dig a little deeper first.

As an aside, we’re making NBA prop picks on a nightly basis in our Premium Slack Channel — sign up today and try the first week for free.

I expected an adjustment on Curry’s points prop, just maybe not a 29.8% increase on his series average so far. Curry’s line has been set at either 26.5 or 27.5 in every game of this series so far, and he’s gone 4-1 on the under. Now his line has been jacked to a figure that he’s only reached once over 11 playoff games in 2019.

Curry is going to be busier tonight, no doubt — but that busy?

Here are Curry’s Game 5 splits with and without Durant:

It’s tough to take too much away from such a tiny sample, so let’s zoom out and look at how Curry has performed without Durant in the playoffs since he joined the team for the 2016 season.

That 30.7 average is right in line with his 30.5 over/under on tonight’s prop. But Curry hasn’t quite looked the same this series year, missing easy dunks and open 3s.

Steph Curry in the 4th quarter and OT:

Curry is shooting just .398 from the field in these playoffs, compared to .451 last year and .419 the year before that. Something is just a little off, and while he will have more shooting opportunities tonight, he’ll also get more defensive attention.

The Pick: This is no play for me. I didn’t think the line would be adjusted so much, but this 30.5 number seems about right. I’d lean over if I had to make a play, based on talent and opportunity, but I don’t see much value.

Thompson’s line has also been subject to a massive boost. His points total has been set between 20 and 21.5 points in every game this series, and now it’s been jacked up by about 22% to 25 points for Game 6.

Thompson did have his best game of the series last time out, scoring 27 after putting up totals of 13, 21, 16, and 11 through the first four games. We can’t really put that scoring surge on Durant’s absence, though — he had 12 points in the first quarter of Game 5 alone. On the surface, his points total appears less tied to Durant’s than Curry.

Going back to the BD days (Before Durant), Thompson averaged 24.3 points during the 2016 playoff run and 18.6 during the previous run. There’s just not enough evidence to suggest that this line increase is warranted.

The Warriors are also just in a tougher spot on the road in a must-win game for the Rockets. in a similar spot in game 3, he had 16 points.

The pick: Under 25. I think Thompson plays a bigger role tonight, but this line seems like an over-adjustment.