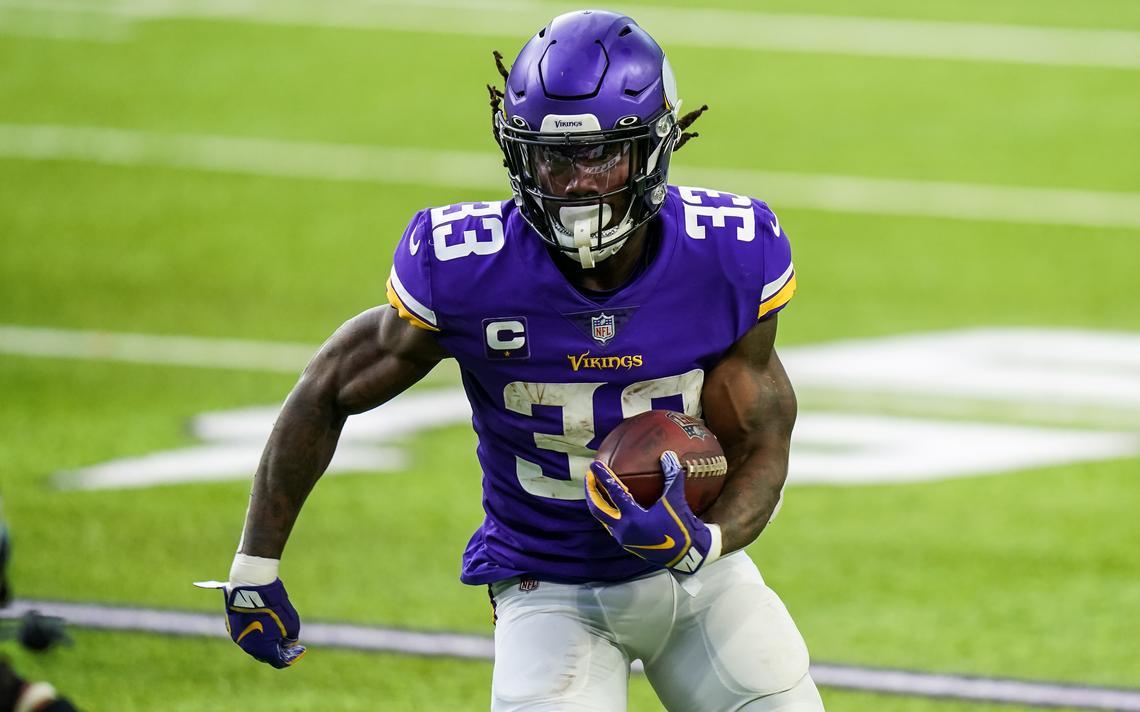 As COVID continues to ravage rosters around the NFL, it’s become tougher to bet player props week-to-week. Who’s in? Who’s out? And how will that affect the rest of the roster around them?

For our team, however, it’s no matter. Bet the Prop is still hitting at over 60% of its official NFL plays this season, and we’re still targeting SNF Props for Vikings Packers.

The NFL markets are low on Minnesota without Kirk Cousins or Adam Thielen, but there’s still value on one big-name Viking on Sunday Night.

This line is just a touch low. In fact, the FanDuel line is even a yard lower than the rest of the market, which has set Cook’s receiving yards total at 15.5, which we would also play.

RB receiving props are always high variance affairs, but he has a healhy range of outcomes that will put us in the profit more often than not. 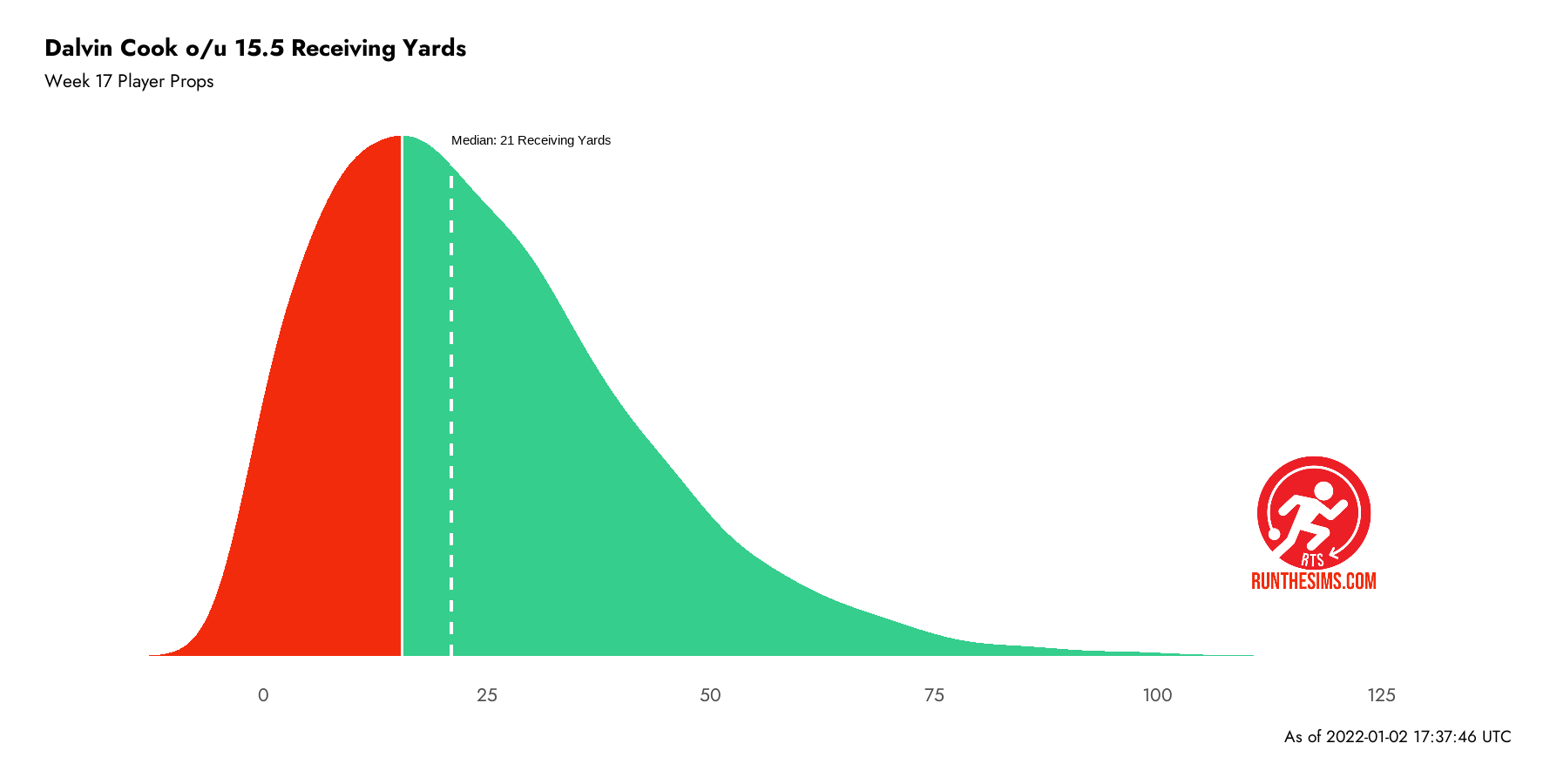 Cook’s cleared this line in six of his 11 games this season, including four of the last five, and against Green Bay four weeks ago. 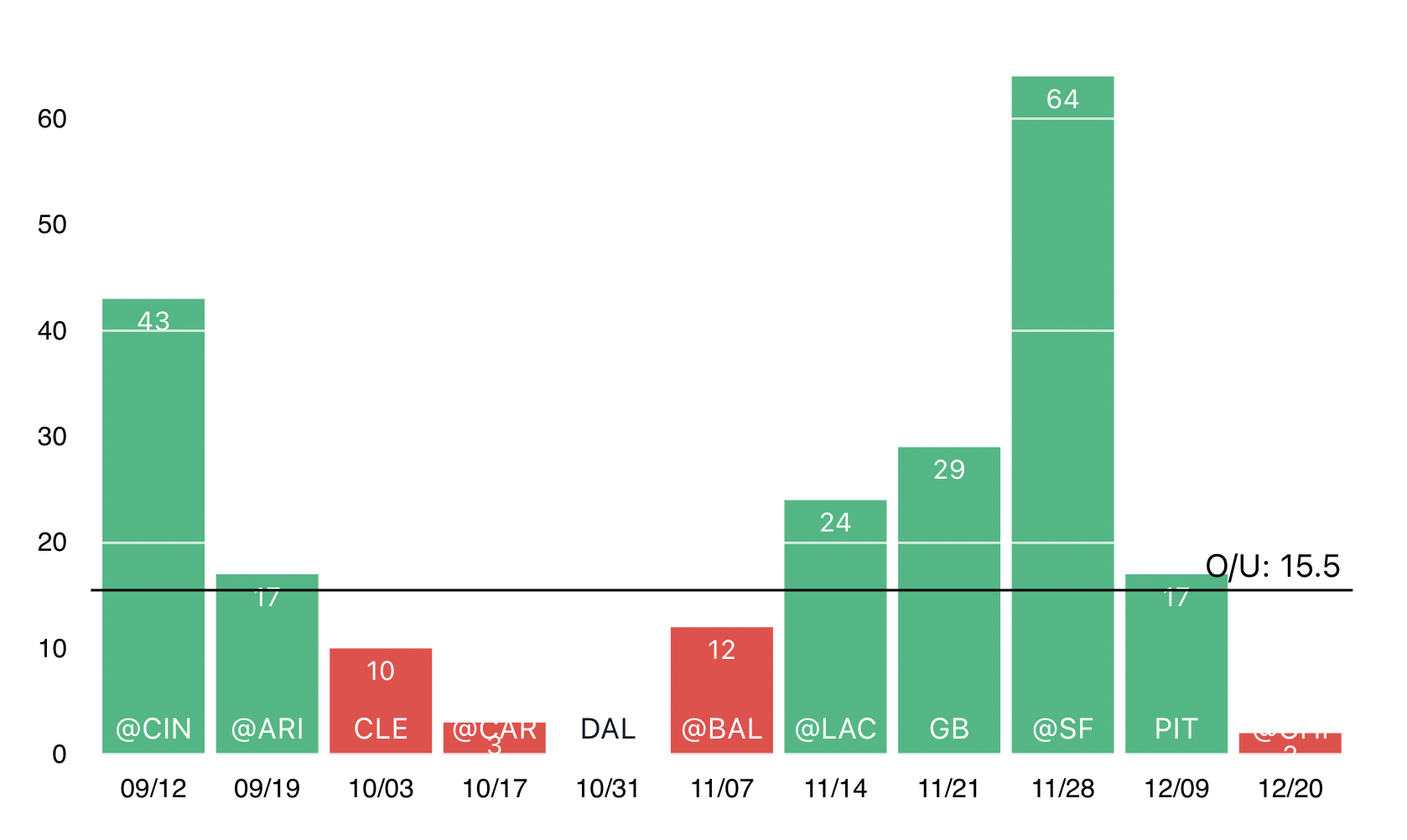 With Thielen and his 20% market share out, there should be some more targets available.

Look for Cook to record between 3-5 receptions this week, which should be more than enough to cash this prop given his 7.4 yards per reception mark.

The projection market agrees, with most having Cook finishing with a mean between 17 and 21 receiving yards.

This line is placed just a touch too low. Vegas is undervaluing Cook’s ability in the passing game against a defense that can be exploited out of the backfield.

Meanwhile, injuries for Minnesota on the offensive side of the ball only increase Cook’s ceiling.

Finally, most median and mean projections see Cook going well over this number.

Add it all together, and it’s worth leaning towards Cook going over this number on Sunday Night.