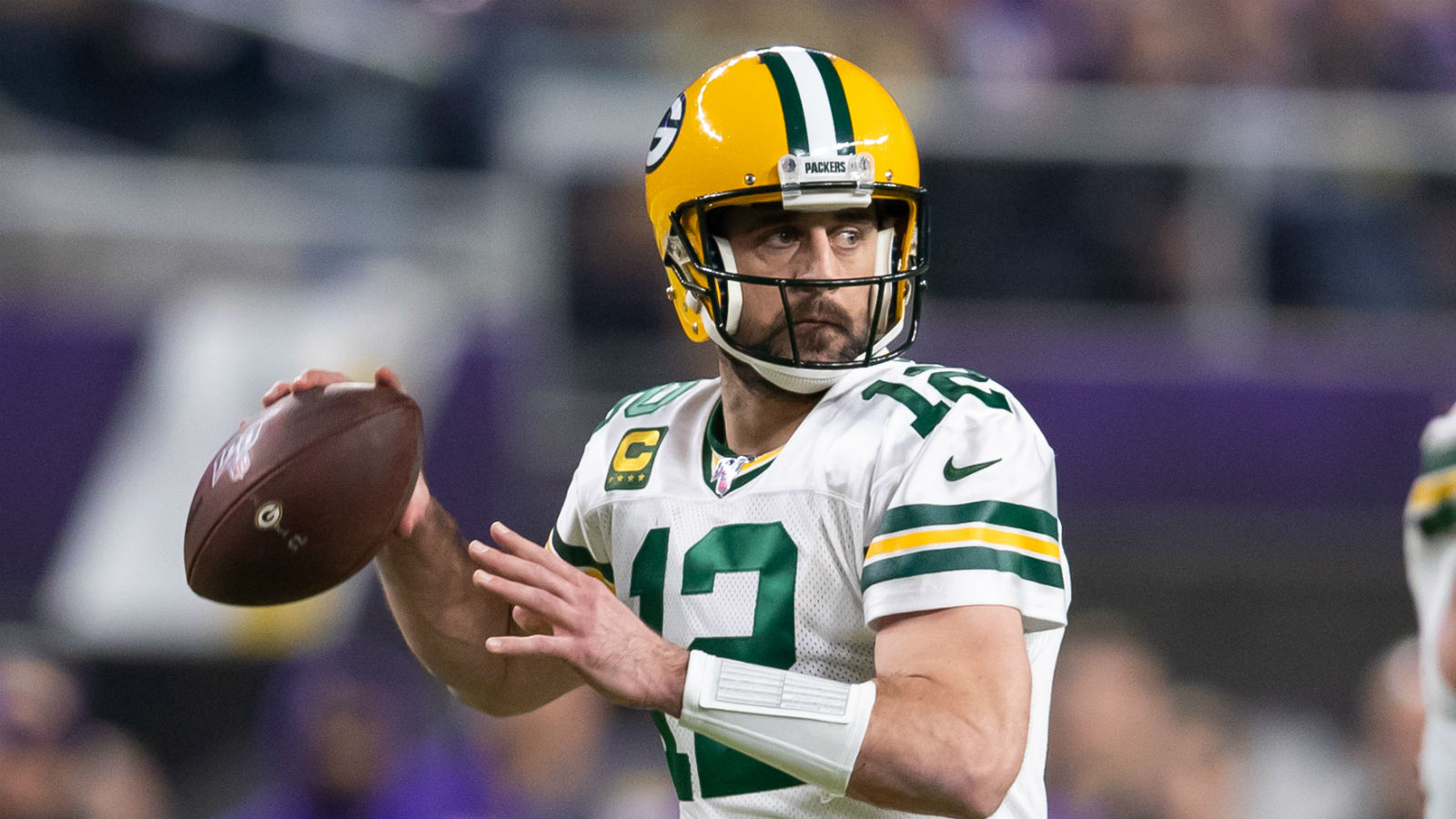 by Cort SmithJanuary 10, 2020June 13, 2021
After overcoming the injury-depleted Eagles in the Wild Card round, Seattle travels to Lambeau Field, and we're breaking down the best Seahawks Packers Props for the Sunday's wrap up to Divisional Weekend. With a 4.5-point spread in favor of Green Bay, this game projects to be the closest contest of the weekend. Combined with a 44.5 point total - the second-lowest on the slate - everything points to a tight, competitive contest between two conservative coaches who will play the field position game while attempting to limit opposition plays. If we're playing overs in this one, it needs to be on very small numbers, and that's where we kick things off with a look at Jimmy Graham. We'll also break down the odds of Alan Lazard continuing his recent hot run. You can also check out our early analysis on NFL props for Divisional Weekend:

First and foremost, prop market maker has this line at 2.5 receptions (+115 on the over), so I fully expect this line to move to 2.5 at the Builder and most other books. If nothing else, the vig on this O2 play will move to -125 or worse. Much like our O1.5 receptions on David Moore last week, this is a high-variance prop, but one that presents plenty of Expected Value over the long haul. We're seeing projections ranging from 2.2-2.4 receptions for Graham, who also has the "revenge game narrative" in his corner for those who are into that sort of thing. That's not my style, but regardless, it's objectively a solid freeroll-type play where 2 receptions is clearly the most common outcome for Graham. And based on usage and the matchup, he'll land on 3 catches more often than 1. Graham averaged 2.4 receptions per game in 2019, with a median result of 2. He hit 2 or more catches in 10 of 16 contests. 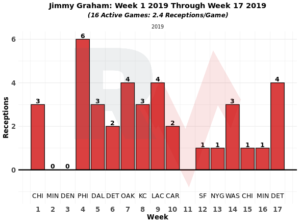 When last we saw the 33-year old, he was busily racking up 7 targets in a must-win Week 17 game against the Lions. They're a cupcake matchup, and when it comes to TEs, so is Seattle. Graham's former team allowed the third-most targets to the position in the regular season (8.6/game), the second-most catches (6.1), and the second-most yards (68.7). Every TE has been smashing the Seahawks over the last few months. Even with a badly-ailing Zach Ertz, Eagles TEs tagged the Seahawks for 109 yards on 14 targets in last week's Wild Card game. In all, they've allowed 11 different TEs to hit 2 or more receptions over their last 9 games. A rested Graham should be a healthy part of the game plan at Lambeau Field, where he averages 3 catches per game as a Packer.