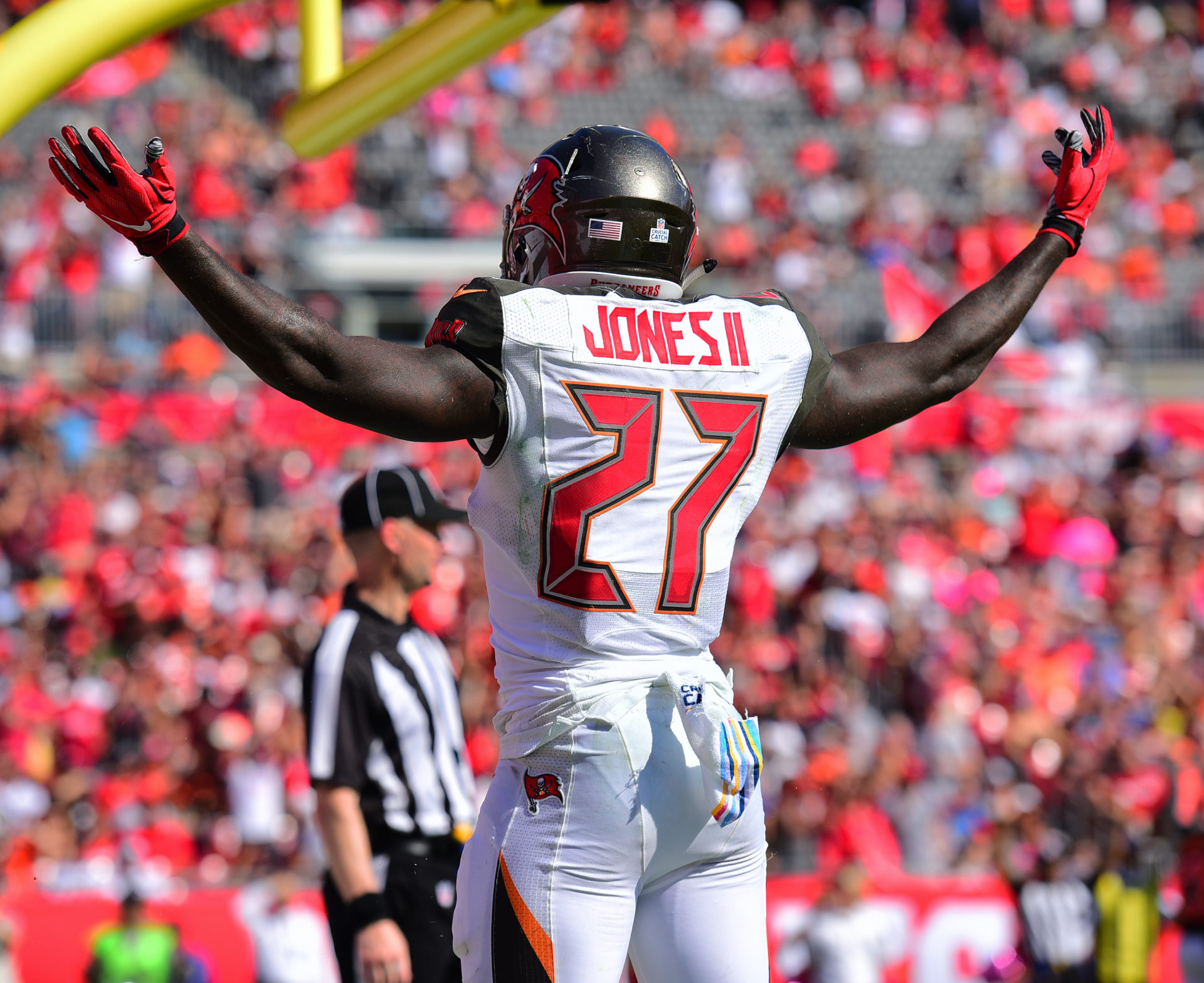 A thrilling Week 17 NFL slate lies ahead, and we’ve found some compelling angles on two NFL Props for Week 17.

As we head into 2022, I’m looking to kick off the new year with a couple of winners.

My Bet The Prop article plays are 19-13 so far this NFL season after going 1-1 in this space last week.

For this week’s Sunday slate, we’re taking a look at two picks that have some terrific value. Let’s dive into the plays!

Ronald Jones has taken over the Tampa Bay backfield in the absence of Leonard Fournette. Fournette was putting together a terrific 2021 campaign before suffering a hamstring injury that has him on Injured Reserve for the next couple of weeks. The massive vacancy in Tampa’s backfield created by Fournette is largely left to be filled by Jones.

RoJo had 22 touches in last week’s 32-6 victory over the Panthers. He saw three opportunities (two carries and a target) inside the 10-yard line, converting one of his carries into a 7-yard touchdown. Meanwhile, his backfield mate Ke’Shawn Vaughn saw just one touch in the red zone.

Here’s how the Buccaneers have split the red zone carries over the last two seasons:

With Fournette out of the mix, it’s certainly RoJo territory when the Bucs approach the goal line. He’s scored 10 touchdowns on these 43 RZ carries since 2020, too. And, he averages 3.0 RZ carries per game in the eight games he’s played more than half of Tampa’s offensive snaps during this stretch. He’s in a great position to see another handful of opportunities in scoring range this week.

Jones out-touched Vaughn 22-7 in last week’s win, and we can expect a similar touch split this week.

The fourth-year pro has averaged 20.3 carries per game in his last four contests without Fournette. Jones has also run in four touchdowns in these games. His anytime TD prop definitely feels mispriced, as he is a guarantee to see top-tier volume as Tampa’s lead back.

The USC Product has six scores in his last five games logging at least 50% of the snaps. He’ll be in for a hefty workload against a pathetic Jets defense this week

If you tried to create the perfect matchup to help RoJo find the endzone, it would be a date with the New York Jets. New York has allowed a league-high 27 scores on the ground this season. That boils down to 1.8 per game. They’ve also allowed a running back to find pay dirt in 13 of 15 games.

With the Tampa Bay Points Over/Under set at 29.5, expect plenty of offensive fireworks from Tom Brady and company in this one. Jones will have ample opportunity to punch one in this week.

Ryan Tannehill played at an elite level in the 2019 and 2020 seasons but has struggled to return to that caliber in his third season in Tennessee. Injuries to key weapons – Derrick Henry, AJ Brown, and Julio Jones – undoubtedly have contributed to Tannehill’s slide.

However, Tanny just had one of his best performances of the season in a Thursday night win over the 49ers. It came on the back of AJ Brown, as Tennessee continues to search for an offensive identity while Henry is sidelined. Brown could be their answer. His 55% target share coming the same night as one of his QB’s most efficient games of the season is no coincidence.

As long as Tannehill continues to look for AJB early and often, he should find success against the Dolphins in Week 17.

The Miami Dolphins have been spectacular on the defensive side of the ball during their seven-game win streak. But, let’s take a look at the last five quarterbacks they’ve faced:

Miami hasn’t exactly been put through the gauntlet lately. And when we look at these last five QB’s, it’s safe to say Tannehill is in a different stratosphere from each of them as a QB talent.

Miami’s run defense has been stronger than their pass defense this season, and Tennessee should aim to unleash their aerial attack more this week.

Tannehill is averaging 21.4 completions per game this season and is entering Week 17 with three straight 20-plus completion games under his belt. He’s in a terrific spot to extend that streak to four on Sunday.

Ronald Jones II is the unquestioned top dog in the Buccaneers’ backfield with Leonard Fournette on the shelf. Against one of the worst run defenses in the NFL, Jones is a great bet to see plenty of work and ultimately find the end zone.

Meanwhile, Ryan Tannehill will be the best quarterback to face off against the streaky Dolphins defense in seven weeks. As long as he finds his top weapons, 20-plus completions shouldn’t be a huge ask of the veteran quarterback.