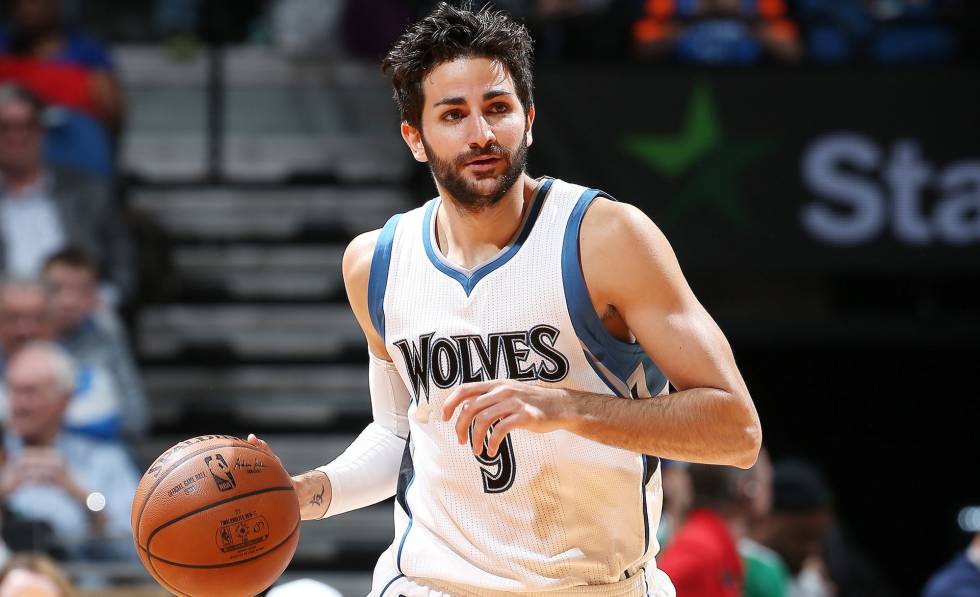 We’ve got a light seven-game slate today, but this game should feature plenty of points. Rubio has been somewhat of a forgotten man, but in the absence of Michael Beasley, he should see plenty of opportunities in a potential shoot-out.

Editor’s Note: Our subscriber NBA props are hitting 61.7% –– join our community today and get full cards of NBA prop bets, plus MLB, UFC, and more, all alert to your device.

It’s hard to imagine that Rubio is in his 10th season in the NBA. I may be dating myself here, but I have vivid memories of encouraging my friends to go on YouTube to watch a shaggy-haired Spanish teenager pull off some of the most impressive highlight-reel passes against grown men in the Euroleague.

Fast forward to the present day and Rubio is still going strong, albeit now under the radar as a veteran point guard for the Timberwolves.

While never being known for his scoring, he has managed at least 12 points in five of his last seven games while averaging 13.5 PPG.

The Spaniard is coming off the best scoring season of his career, piling up 13 PPG as the starting PG for the Suns, and now with Beasley serving a 12-game suspension, that opens up about 15-20 additional shots in the Timberwolves offense.

Rubio gets a Wizards team that is relinquishing the fourth-most points to opposing PGs at 26.4.

Rubio will primarily be guarded by Russell Westbrook who is really struggling on defense — among all starting PGs, Westbrook gives up the third-highest defensive field goal rate at a blistering 50%.

Their team defense is just as bad, as the Wizards rank in the bottom-five in nearly every major defensive category. They are allowing opponents to score 119.5 points, second-most.

I also love that both teams play at a breakneck pace, with the Wizards checking at first overall and The T-Wolves not far behind as the fourth-fastest team.

I expect Rubio to flirt with a season-high in shot attempts today and likely double his average of 6.9 FGA per game.

With a dream match-up, the highest projected total on the slate, an uptick in usage, two terrible team defenses, there’s a strong case to be made for Rubio going over this total.