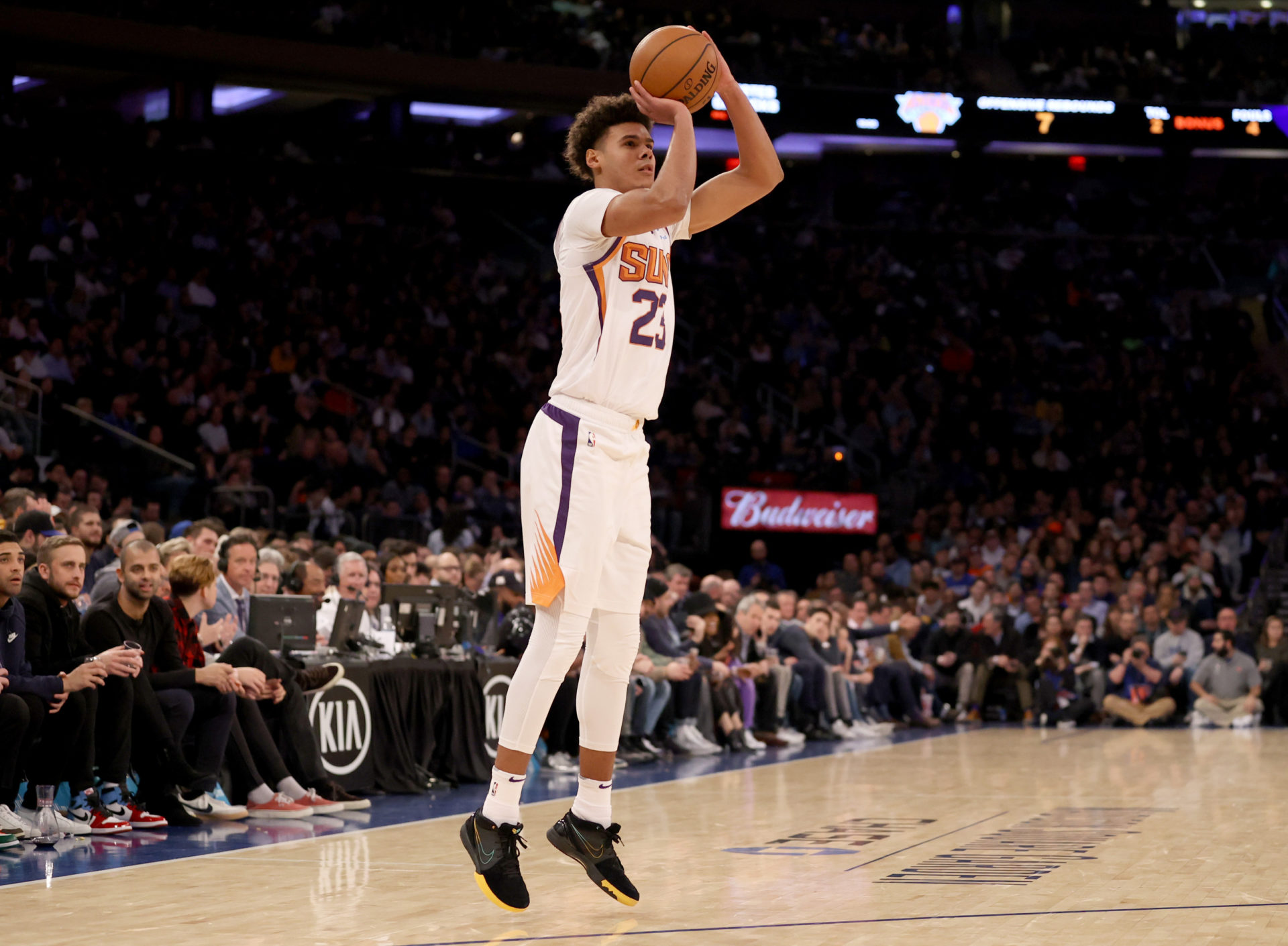 Suns sophomore Cam Johnson is the focus as we break down one of our favorite props for Suns Bucks Game 2.

It’s a game that oddsmakers predict will play out in a similar fashion to Game 1, with Phoenix again coming in as -5.5-point favorites.

And we see Johnson playing a similar role to the one he’s played all playoffs long — timely shooting from the outside. Let’s dive in.

Join Bet the Prop to get player props from NBA, MLB, & more alerted to your device.

The 11th-overall pick in the 2019 draft went 3-for-6 from the field in Game 1, putting him in double-digit points for the eighth time in 16 playoffs games this year.

He’s cut a key figure for Phoenix coming off the bench in this run, combining opportune shooting with solid defense. Among all players averaging at least three 3-point attempts per game in these playoffs, Johnson’s .451 shooting percentage ranks 11th.

On defense, they’ll need his size (6’8″) against these Bucks, who field one of the biggest lineups in the league, and that means Johnson’s minutes should remain safe. He’s a safe bet to hit 20+ minutes once again tonight.

His particular style of play matches up well with the Bucks. It’s no secret that Milwaukee is happy to give up perimeter shots in favor of protecting the paint.

They allowed the third-most 3-point attempts in the regular season and the fifth-most in the playoffs so far.

That suits Johnson just fine. He’s been firing from deep all year long and had plenty of wide-open looks in Game 1. 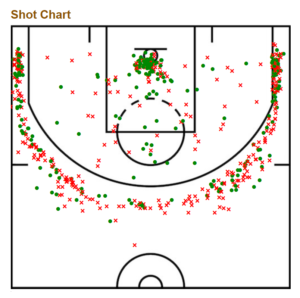 The Suns bench rotation got a little shorter with Dario Saric going down with a torn ACL in Game 1. That probably won’t have a huge effect on Johnson, but a shorter rotation doesn’t hurt.

Either way, his role is secure against a team that is happy to allow him to do his thing from deep. Projections peg him at 8.6 points tonight, and he should clear this line about 62% of the time.