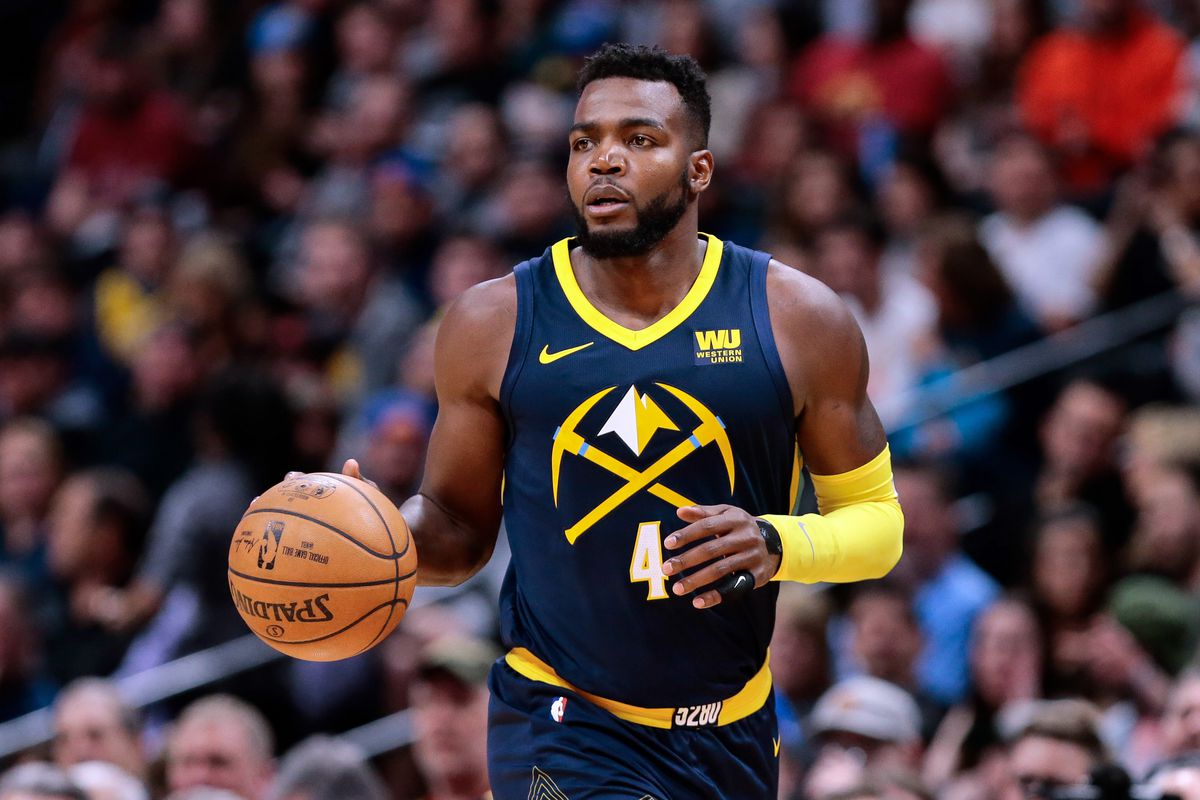 We have a very small NBA Sunday slate today with only three games, and but I’ve spotted one solid angle involving Paul Millsap, as his Denver Nuggets host the LA Clippers.

We’re riding high, sweeping Saturday’s card to the tune of 3-0 on the strength of a 4th-quarter heater by Trae Young.

Since returning from a brief absence on February 11th due to an ankle injury, Millsap has played in three games and has seen his minutes trending up.

He went from playing 20 minutes – coming off the bench in his first game – to 30 minutes and 32 minutes in his second and third game, while re-assuming his starting role.

In those two starts, Millsap averaged 15 shots and 21 points per game (PPG). Trey Lyles is out for this one, and the Nuggets have a lack of bench options, so his minutes should remain reliable.

Danilo Gallinari has been playing at the power forward (PF) position for the Clippers since the team traded away Tobias Harris, and Gallo ranks 53rd out of 88 small forwards (SFs) in defensive real plus-minus (DPRM).

The Clippers new backup PF, JaMychal Green ranks a putrid 89th out of 94 PFs in DPRM.

If the Clippers decide to play Harrell at PF (he’s usually the backup C), he ranks 59th out of 94 PFs in DPRM.

On the season, the Clippers have also allowed the third-most PPG in-the-paint (48.3) and allow the second-most offensive rebounds per game to opposing teams (11.4).

This matchup also presents a pace-up spot for the Nuggets — Denver is 27th in pace of play, but the Clippers rank ninth, and with a total of 234.5 in this one, oddsmakers are expecting points.

Millsap has struggled in two games vs the Clippers this year. In the first game, he shot 1-7 for 11 points in 30 minutes and in the second game, 2-9 for eight points in 24 minutes.

Overall, he’s shooting 18.8% from the field against the Clippers this year, and I just don’t see that kind of inefficiency continuing with today’s great matchup.