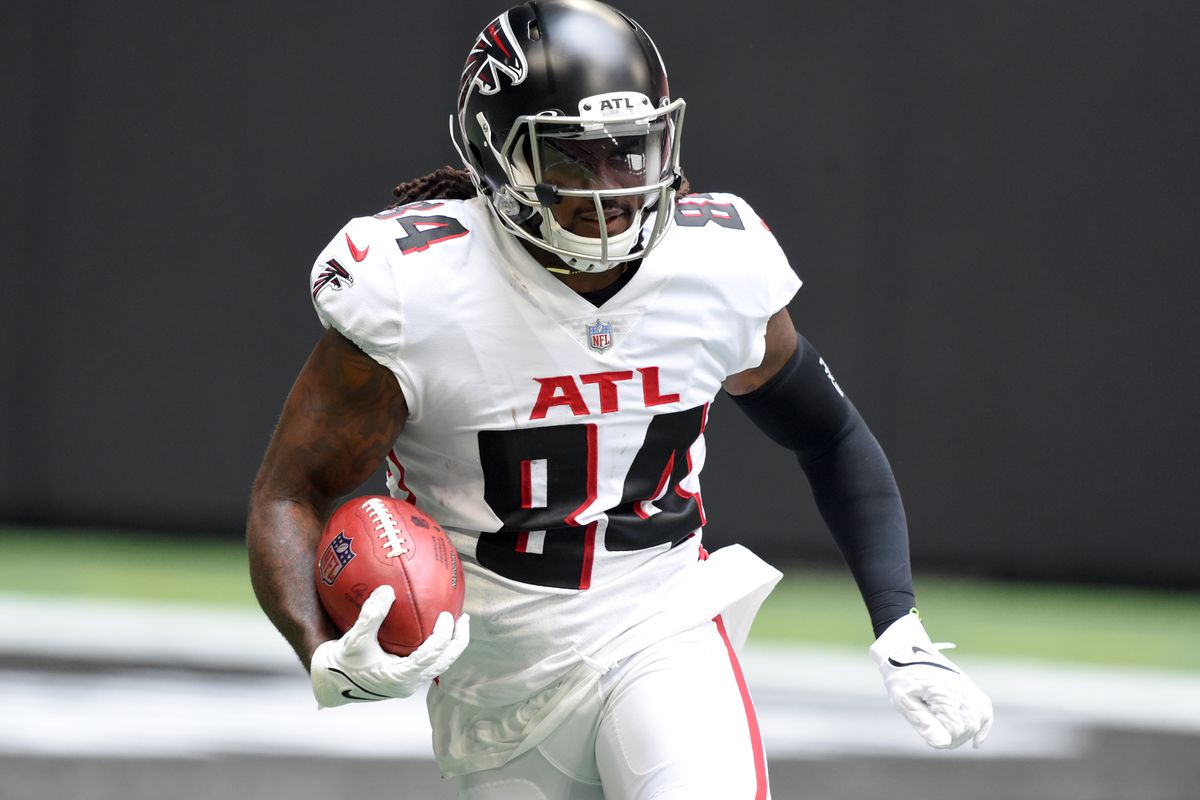 After a lopsided affair between the Colts and the Jets on Thursday Night Football, I’m expecting a far more exciting day of games on Sunday.

My Bet The Prop article plays are 10-6 so far this NFL season, and I’m looking to improve that even further this week.

It’s time to look at two electric playmakers who should be heavily featured in their offenses. Most notably, Cordarrelle Patterson’s promise as the centerpiece of the Falcons’ offense. Let’s dive into the plays.

Patterson has been a revelation for the Falcons in 2021. Atlanta is uniquely utilizing Patterson, as he’s become one of the NFL”s best receiving threats out of the backfield over the last couple of months. He’s a special talent, evident by his four All-Pro selections as a kick returner, and is finally making plays with the ball in his hands more than ever before.

Patterson is averaging 9.1 carries and 4.6 receptions per game this season. His 13.7 touches per game blow away his previous career-high of 5.3, which he set with the Bears last season. And, Atlanta has gotten increasingly comfortable with Patterson in a featured role recently. His snap share has been increasing throughout the season while his target share has remained steady. He is averaging 47.6 yards per game on the season and has reached the over on this receiving line in five of his last six games.

CPatt’s 333 yards through the air rank second among all running backs, but it feels unfair to think of him as a running back. Calvin Ridley will, unfortunately, be away from the Falcons for some time, which could open up more opportunities for the multi-faceted weapon.

Here are Patterson’s receiving numbers in two games with Ridley sidelined this season:

In each of the two games Ridley missed, CPatt and RB Mike Davis were on the field together for 24% of the Falcons’ offensive plays. I’m expecting the Falcons to continue lining the 6’2″ Patterson up out wide in addition to his usual complement of backfield snaps against New Orleans.

Patterson and the Falcons travel to New Orleans to take on the 5-2 Saints this week. Sure, New Orleans has one of the league’s best defensive units. But, teams have had far more success throwing against the Saints than they’ve had on the ground.

Here’s where opponents rank against the Saints this season:

Falcons QB Matt Ryan‘s 38.7 attempts per game rank sixth in the NFL, and he has 35-plus in six straight meetings against the Saints. He’s averaged 40.5 attempts and 291.7 yards per game vs. NOLA since 2018. Opponents have thrown at least 35 times in six-of-seven games vs. New Orleans. And, a QB has reached at least 240 passing yards in five-of-seven games against the Saints.

Patterson has a 16.6% target share over the last six weeks, which should net him a minimum of five or six targets in New Orleans. Ridley’s absence and a recent uptick in usage could boost this floor even further.

Unfortunately, this line made a massive to 55.5 or 56.5 before we could publish, and that’s too much steam to chase. It’s a shame because I love this spot, as you can see below, but if it moves back the other way, I’d play it up to 52.5.

Jarvis Landry has been in and out of Cleveland’s lineup this season due to a knee injury, but when healthy he’s commanded targets from QB Baker Mayfield. Landry appears to be at full health, evident by his removal from the injury report Friday morning. With a road matchup against the Bengals on tap in Week 9, Landry should be in for a productive outing.

The Odell Beckham Jr. saga has finally ended in Cleveland. The Browns officially waived Beckham on Friday and this move should open some targets for Jarvis, solidifying him in the WR1 role. Landry was remarkably consistent with Beckham out at the end of the 2020 season and has shown flashes of the same production in 2021. Here are Landry’s last six games with Odell inactive for Cleveland:

Furthermore, Jarvis drew 10 targets in last week’s loss to the Steelers, where he finished with a 5-65 receiving line. Landry played 90% of Cleveland’s offensive snaps last Sunday, and will undoubtedly remain in an every-down role this week.

The Cincinnati Bengals have been much improved defensively in comparison to years past. But, the team is still vulnerable against wide receivers. Cincy has allowed the eighth-most receiving yards and the third-most catches to wide receivers this season, as shown below:

The Bengals’ secondary got torched by Mike White and the New York Jets last week, so I wouldn’t put it past Cleveland to find some success through the air on Sunday.

Cincinnati has allowed 65 or more receiving yards to multiple wideouts in each of their last two games. Jarvis Landry seems likely to pace the Browns in targets and receptions this week and is potentially in for even more work with Beckham removed from the equation.

Cordarrelle Patterson is one of the most explosive offensive players in the NFL and will be relied upon yet again for the Falcons in Week 9. Look for the versatile threat to line up all over the formation and burn the Saints through the air.

Additionally, Jarvis Landry has amassed at least 50 yards in seven consecutive regular-season games where he was not limited by injury. He’s prepared to be a full-go on Sunday and should be Baker Mayfield’s go-to option in Cincinnati.

Enjoy playing these props for Week 9, and join us for the rest of the NFL season!