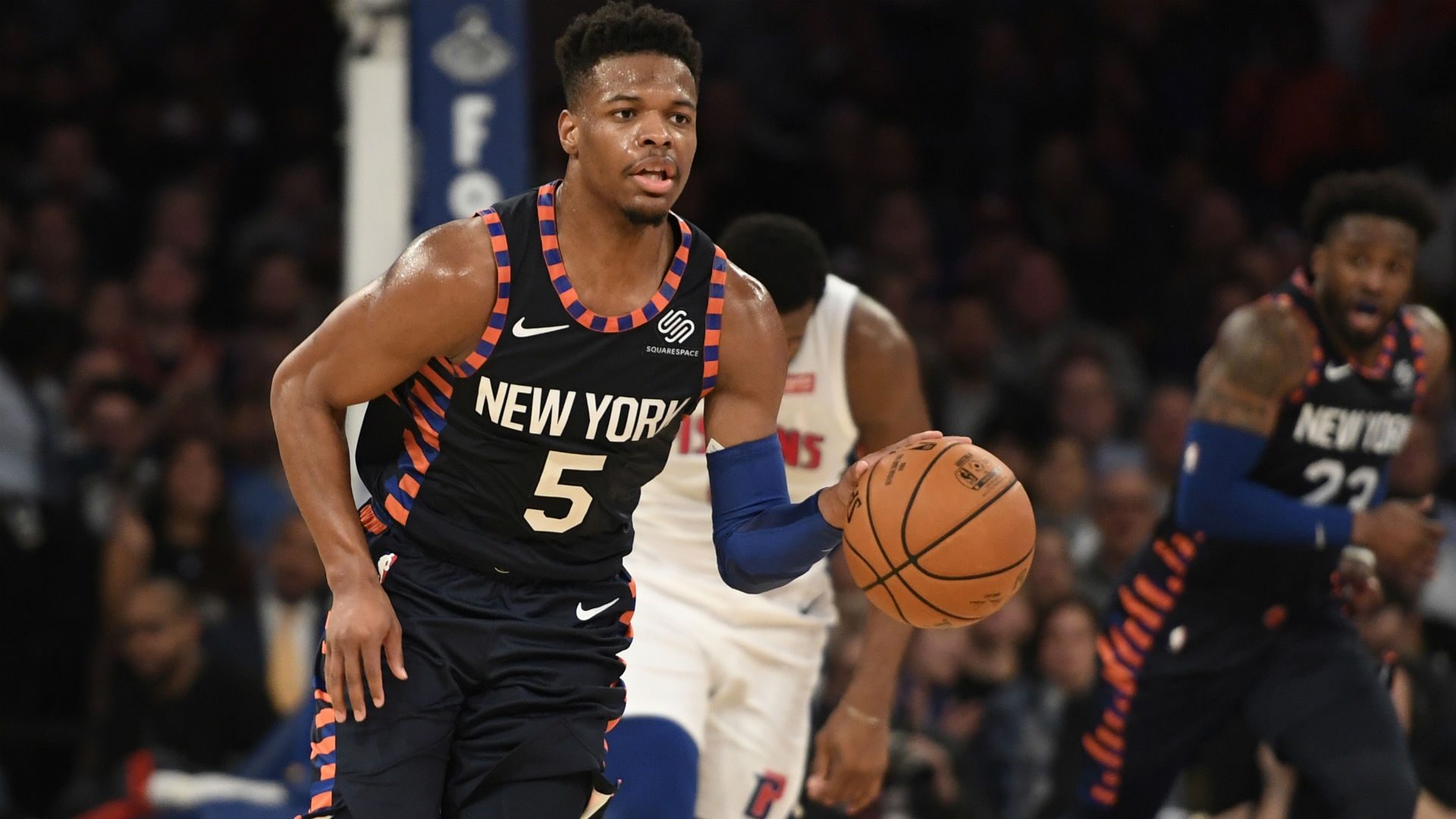 Friday’s NBA slate brings a total of eight games, and our best prop bet of the bunch zeroes in on the Knicks’ visit to Detroit to take on the Pistons.

These teams met two nights ago in New York, where the Knicks took a 13-point loss on the chin. And as we get set for the rematch, eyes turn to a soft line on the New York’s newest toy, Dennis Smith.

The freshly acquired Smith has played in two games for the Knicks since being acquired a week ago.

Having given up a major asset in Kristaps Porzingis to get the 21-year old point guard, New York is wasting no time in putting him to work. In Tuesday’s game against the Pistons, Smith played a whopping 40 minutes.

His 25 points while shooting 11 for 25 from the field accounted for 27% of the team’s 92 points. When Smith was still in a Mavericks uniform, he scored 19 against Detroit in 36:12 of playing time earlier this year, easily clearing our target line.

The starting point guard for the Pistons, Reggie Jackson, ranks 66th out of 97 in Defensive Real Plus-Minus (DPRM) amongst all point guards.

This line appears at least a little off and presents a prime target for tonight’s slate. It’s playable up to -122.