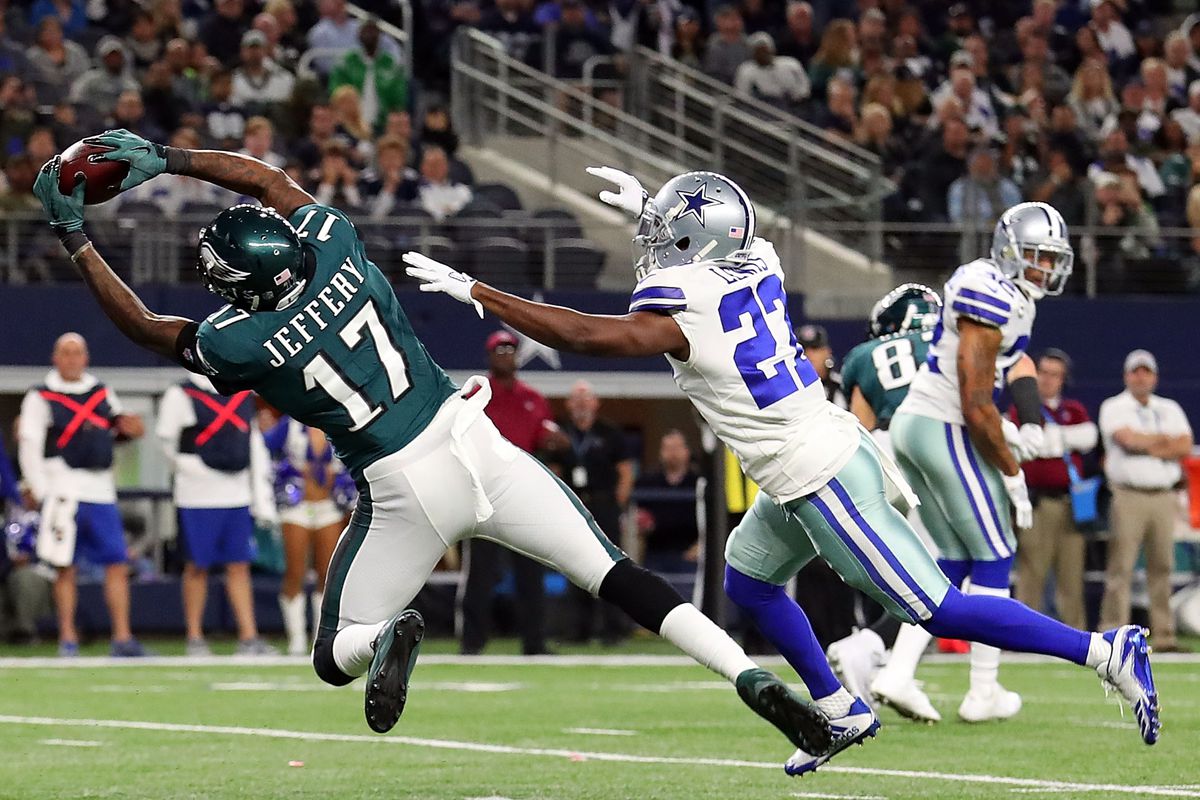 We’ve got two of our best SNF props teed up for the NFC East showdown between the Eagles and Cowboys, and this is the kind of tasty slate where we could end up with another two official plays by the time we’re done.

It’s a fun one, so sign up to make sure you don’t miss a pick.

Expect a brisk pace to this Sunday nighter — the projected point total of 49 is the third-highest of any game this week, and as we’ll expand upon in a moment, the offenses for both teams operate rather quickly, which is part of the reason we’re kicking things off with a rare over.

We’re on a bit of a primetime heater with a perfect 11-0 record over the past few weeks following a 2-0 Thursday Night prop card which comes on the heels a 2-0 Monday Night prop slate before that. On the season, we’re hitting over 61% on our plays, with the $100 bettor profiting $2,457 following our plays.

And if you’re reading this before Sunday morning kickoff, check out our best props for the main slate here.

Jeffery’s usage is on the uptick, more so than you might guess based on this modest line of 4.5 receptions.

He’s been the unquestioned alpha in the Eagles offense since returning from injury in Week 4, commanding at least eight looks in all three games while averaging 9.7 targets and 6.3 receptions. Jeffery has now hit this number in three of the four games he’s finished. 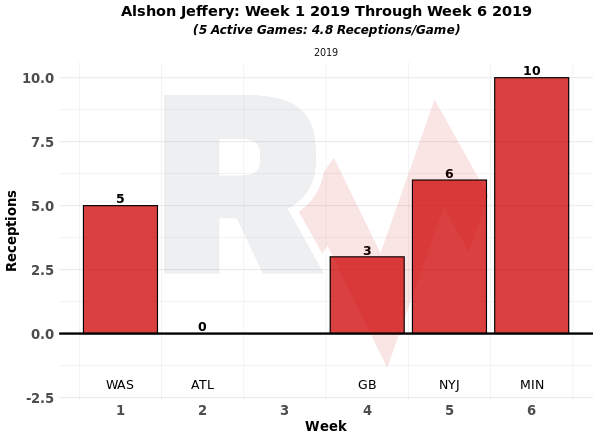 Over that three-week stretch, the veteran ranks sixth in targets and seventh in catches among all WRs. Some context for you — that’s more targets than both DeAndre Hopkins and Tyler Boyd have earned in that time, and their over/unders are set at 5 and 6.5 receptions this week, respectively, making our 4.5 line look like a steal.

He ranks 146th among all WRs with an average depth of target of 6.6.

That’s bad news if you have Jeffery on your fantasy team, but it’s great for our prop. All those easy looks set up perfectly against a Cowboys defense that works to limit the big play by keeping everything in front of it.

Also working in our favor on this prop is the fact that both teams operate at a high pace. Their 68.5 combined snaps per game are tied for second-most among this week’s games, while their 25.4 seconds-per-play average is the sixth-fastest.

The second-year TE earned a bigger role in recent weeks, as the Eagles WR corps falls to pieces around him.

After being squarely pegged as a part-time player going back to his rookie season, Goedert’s snaps have spiked to something resembling a full-time player. 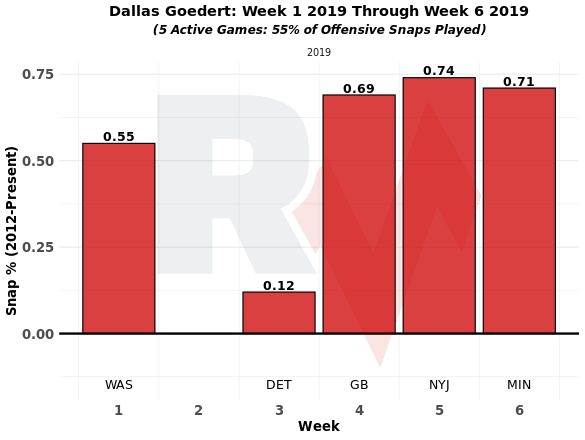 He’s 13th among all TEs over the last three weeks with 14 targets and hit a career-high in yardage with 48 last week on five receptions.

We mentioned that the Cowboys tend to give up the short pass, and that’s been to the benefit of the TEs they’ve faced this season, too. Dallas has surrendered the sixth-most yards to the position on the fifth-most receptions.

Less talented TEs with fewer opportunities than Goedert’s been getting have managed to clear this modest mark against the Cowboys in recent weeks.

TE’s are always a high-variance prop, but this number is just too low given Goedert’s growing role in an offense that has put up the 10th-most pass attempts on the season.