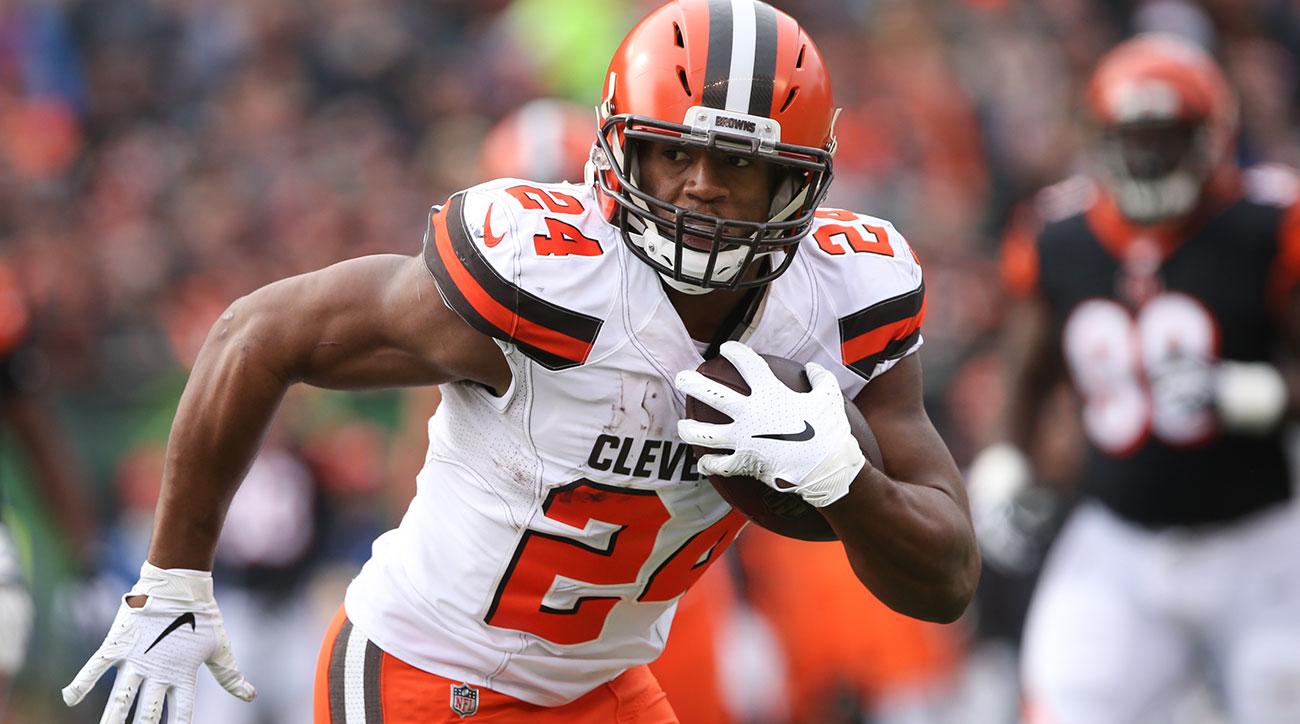 The Browns have ridden Chubb hard en route to a 4-1 record since his return, and I don’t see that changing tonight. This is no secret – and seems quite obvious – and yet linemakers have set this one miles off of his to-date production, as well as his projections for tonight.

Let’s jump in. We cashed Saturday’s free play in the first quarter, and I think this one’s got a chance to cash before the fourth tonight.

The damage done by Chubb in five games since coming off injury:

He’s making a case as the best two-down back in football alongside Derrick Henry, exhibiting sensational consistency in hitting this number in every game since his return and seven of nine on the year. 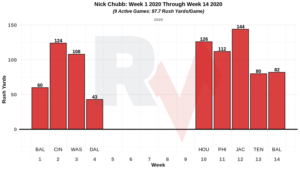 Chubb left that Dallas game at the end of the first quarter after putting up 43 yards, so if we exclude that game, he’s hit this number in seven of eight (88%).

Chubb’s worst performance in terms of efficiency this year was 4.4 YPC two weeks ago against the Titans.

So let’s conservatively assign him the low-end of his efficiency range and run the numbers:

So with this line, prop traders are saying, “we think Chubb will be at the bottom of his range of outcomes in both volume and efficiency.”

That’s probably a poor assumption, and even if comes to pass, we can still inch over 75.

I think the matchup, pace, and spread here are almost irrelevant. This is about a line that is set 32% lower than Chubb’s median outcome this year.

I’m always wary of betting overs at big numbers, but this one should really be closer to what our aggregate projections have him at — 87.2.