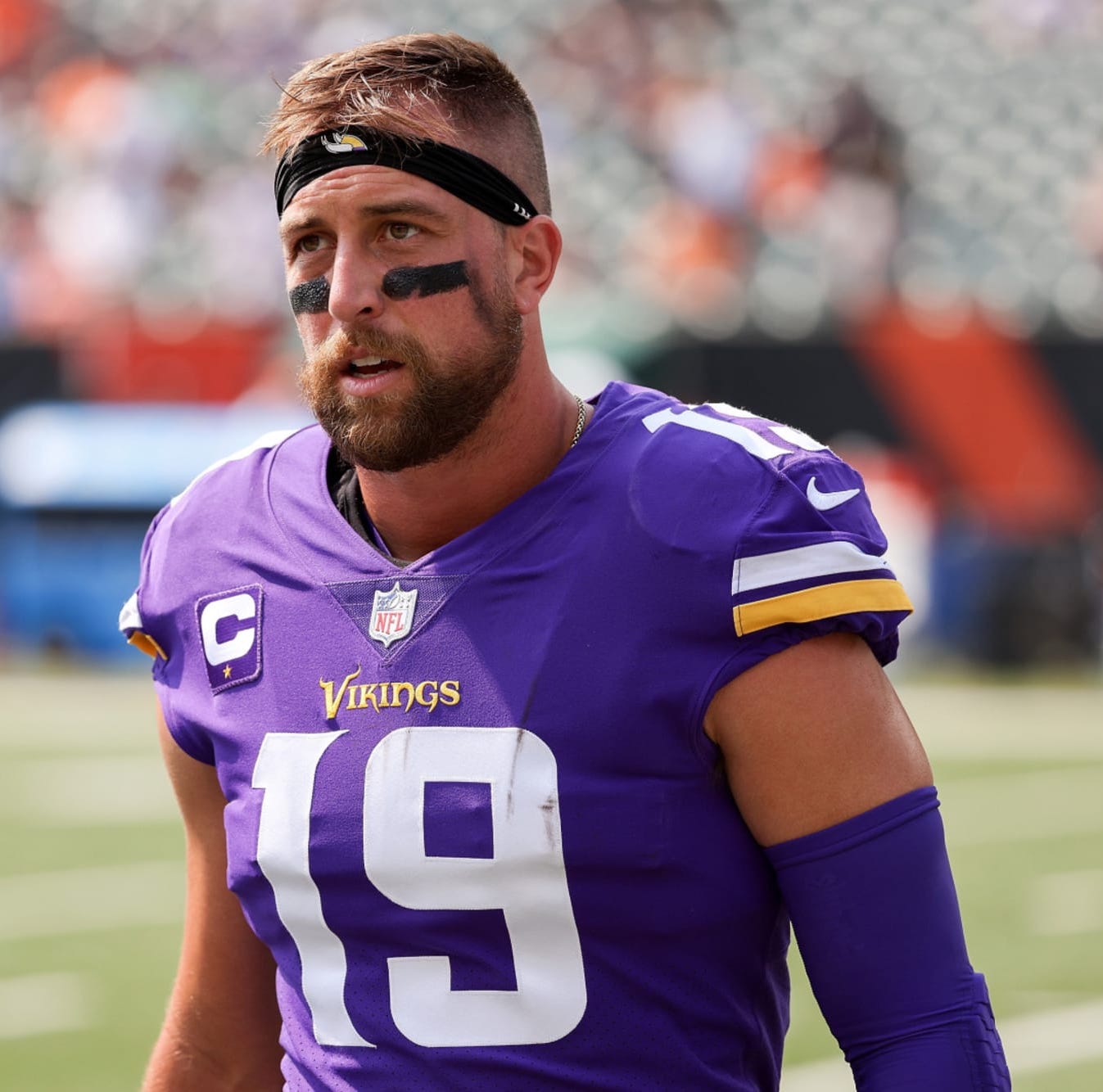 A loaded slate of NFL games lies ahead, and we’re bringing you one of our top NFL Props for Week 8. The Minnesota Vikings are fresh off of a bye week and are sitting at first in the NFC North with a 5-1 record. That’ll get put to the test this week when the Vikings face the Arizona Cardinals — kickoff is at 1:00 ET.

Minnesota’s offense has been versatile through their first six games. Dalvin Cook has led their rushing attack, while the Kirk Cousins-Justin Jefferson connection has looked as good as ever. But, veteran wideout Adam Thielen hasn’t been churning out huge gains, which is why we like his props for Sunday.

Kirk Cousins arrived in Minnesota before the start of the 2018 NFL season. Adam Thielen recorded a reception of at least 20 yards in 33 of his 54 games in the first four seasons of the Kirk Cousins era. But, at 32 years old, Thielen could finally be slowing down.

The two-time Pro Bowl wide receiver’s age is showing so far this season. His burst and big-play ability have all but vanished, and he’s having the least efficient season of his career.

Thielen’s yards per catch numbers have seen a yearly decline as he’s gotten deeper into his thirties. The once-consistent 14-yards-per-catch receiver is now struggling to get to 10 yards per reception.

2022 marks the first season of AT’s career that he hasn’t exceeded 10 yards per reception. And, this poor performance comes after a career-low that was set last season.

Out of the 7 Minnesota Vikings that have seen double-digit targets this season, Thielen leads the group in Average Depth of Target at 9.0 yards. However, don’t be fooled by his ADOT numbers. He is certainly not a deep threat.

In this same 7-player group, AT ranks dead last in yards after the catch. His 1.9 YAC per reception marks the worst year of his career in this department, on top of the worst number on the 2022 Vikes.

The 32-year-old’s lack of speed has led to a lack of big plays. He’s failed to record a 20-yard reception in 5 of his 6 games this season. And, the only game Thielen didn’t cash this prop was all the way back in Week 1 when he recorded a 22-yarder against Green Bay.

Adam Thielen has shown his age this season, as he’s posting the worst after-the-catch numbers of his nine-year career. With his total yardage over/under in the low fifties, he isn’t incredibly likely to record his second catch of 20-plus yards this season.

Have fun playing our top NFL Props for Week 8 and Join us for the remainder of the NFL season!