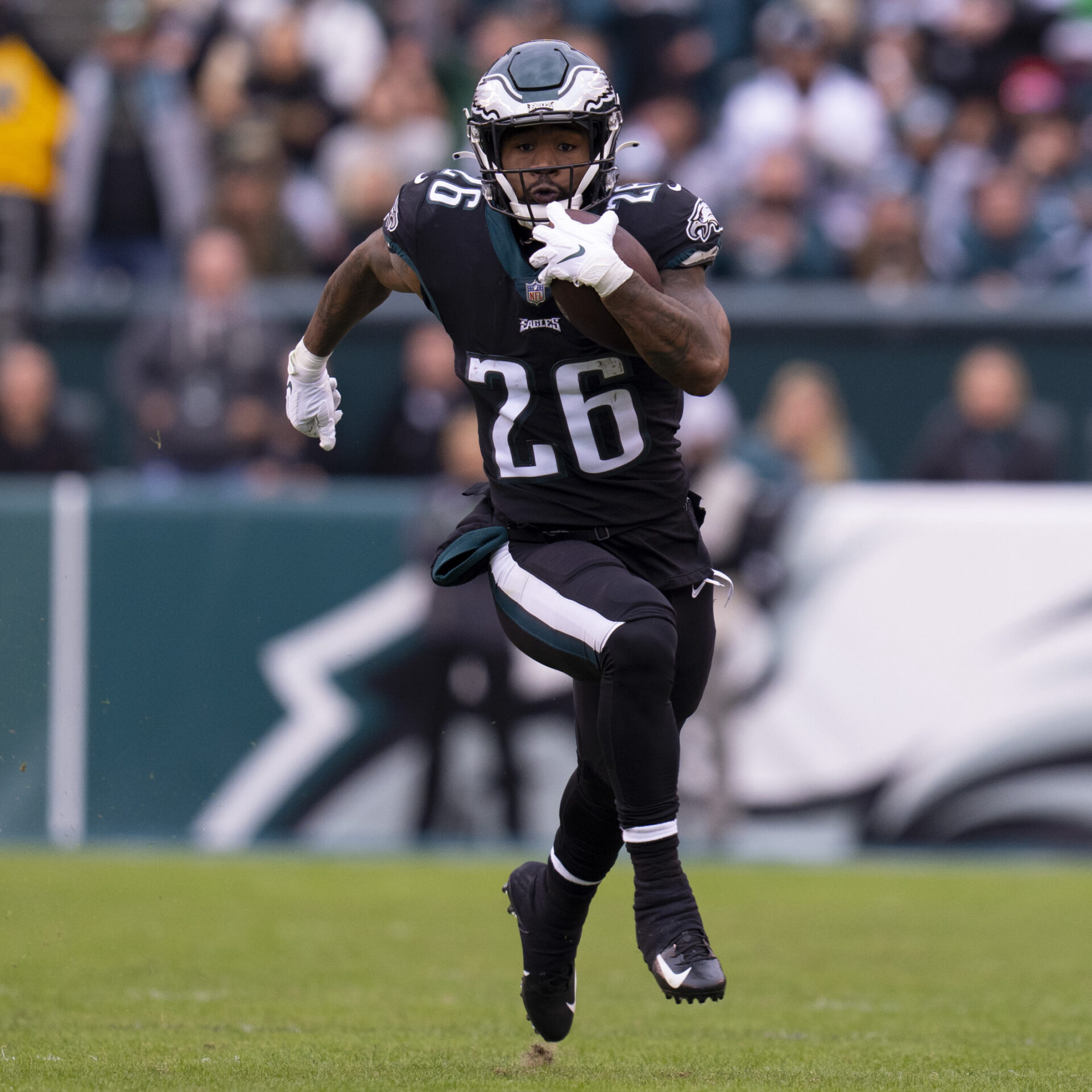 After the Miami Dolphins’ loss on Thursday Night Football, the Philadelphia Eagles are the last remaining undefeated team of 2022. This week, they’ll be hosting the Jacksonville Jaguars — kickoff is at 1:00 PM ET on Sunday. This contest should be an entertaining one, as the Jags look legitimately competitive this season. We’ll be zeroing in on Miles Sanders as one of our favorite NFL props for Week 4.

The Eagles are 6.5-point favorites, but Trevor Lawrence and Jacksonville are not to be taken lightly. Philly has held their opponents to single-digit scoring totals each of the last two weeks, but the 2-1 Jaguars are a different story, averaging 28.0 points per game through three weeks. In a game that projects to stay competitive, Jalen Hurts may need to throw more and Sanders may see a decreased workload, so we’re on his unders for Week 4!

Philadelphia has been boat-racing its opponents to begin the 2022 season. Here’s how they’ve fared in the first half of their three matchups thus far:

The Birds are outscoring their opponents 72-21 in the first half this season, which is absolutely ridiculous. This is wildly unlikely to continue, however. Jacksonville held the Los Angeles Chargers to 10 points last week after shutting out the Indianapolis Colts in Week 2. The Eagles will have to keep their feet on the gas pedal in order to remain undefeated, which means there could be fewer carries in store for Miles Sanders.

Even when the Eagles are leading for an entire afternoon, this is not a figure that Sanders has reached consistently. Aside from splitting carries with his backfield mates Boston Scott and Kenneth Gainwell, Philadelphia QB Jalen Hurts factors into the run game quite a bit.

Sanders is yet to log 60% of the team’s offensive snaps in a game this season. Last week’s win marked the 10th consecutive game where head coach Nick Sirianni deployed the Penn State RB less than 60% of the time.

Sanders has accounted for 69.2% of Philly’s RB Rushing Attempts this season. However, the important figure to consider is his 43.7% overall rush share.

Jalen Hurts is one of the most run-oriented quarterbacks in the NFL, and he eats into Philadelphia’s overall rushing workload quite a bit. Hurts has started 18 regular-season games over the last two seasons, and Sanders has played alongside him in 14 of them.

Sanders averages just 11.3 rushing attempts per game in Hurts’ starts over the last two seasons. And, he’s cashed this under in 11 of these 14 games. Additionally, each of the three games where Sanders finished with at least 16 carries was double-digit Eagles wins.

Jacksonville ranks top eight in expected points contributed both offensively and defensively. This does not have any makings of a game where Philly will simply be able to roll over an inferior opponent.

The Jaguars’ run defense has looked unbelievably stout through three weeks. They’re giving up just 3.1 yards per carry, good for 4th-best in the NFL thus far. And, they’ve faced minimal rushing volume in 2022, as the Jags have the looks of a pass-funnel defense early on.

This matchup sets up Jalen Hurts for success far more than Miles Sanders, and the runner’s volume may dry up this Sunday in Philadelphia.

Miles Sanders has never seen a ton of rushing volume alongside Jalen Hurts over the last two years. And, as he remains in a split backfield, the Jacksonville Jaguars present a difficult matchup for Sanders and the Eagles on the ground.

Enjoy playing our best NFL Props for Week 4 and Join us for the rest of the NFL season!