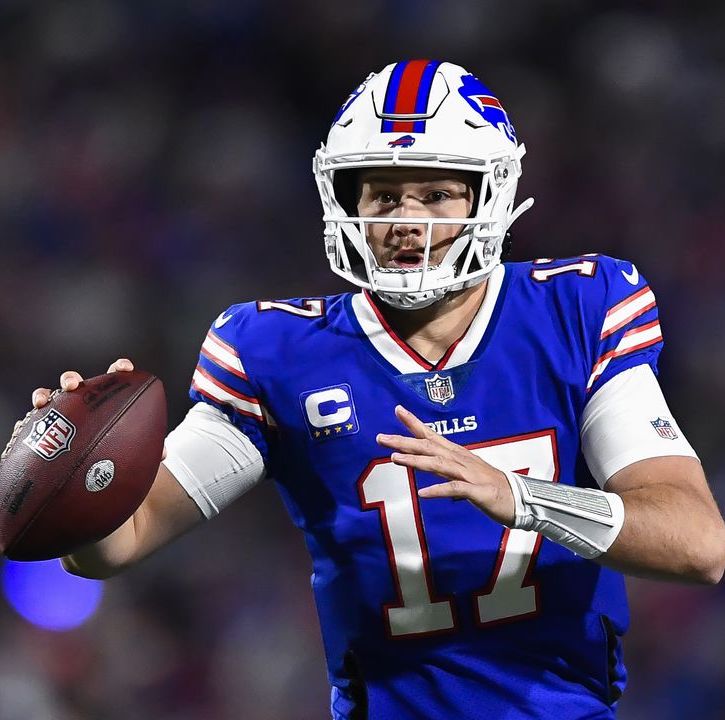 The Buffalo Bills are seeking revenge in Week 14. They get a rematch with the New York Jets, who beat the Bills back in Week 9 when Buffalo was on the road. Now, the Bills return home in a game that features one of our favorite NFL Props for Week 14.

The 9-3 Bills are hosting the 7-5 Jets — kickoff is at 1:00 ET. It goes without saying that Josh Allen has clearly been of the best quarterbacks in football over the last few years. However, this New York defense is no joke.

The Jets stifled Allen and the Bills a month ago, and we could see more of the same this Sunday. As difficult as it is to contain Josh Allen, this Jets’ defense may be up to the task.

This may seem like an uncomfortable fade. But, there are plenty of avenues that lead to Josh Allen remaining under this mark.

The Buffalo quarterback has remained under this mark in five of his last six games. Allen hasn’t looked like the same elite passer since the midpoint of the 2022 season, and this could be due, in part, to an elbow injury he suffered against these same Jets back in Week 9. Although the QB hasn’t missed a game, it’s unclear if he’s back at 100% health after this rather serious injury scare.

On top of the recent struggles, the 26-year-old has to go up against a wrecking ball of a defense. The Jets’ secondary has performed at an elite level this season, regardless of how you slice it. So, let’s start there.

Let’s jump straight into this New York defense’s rankings amongst the rest of the NFL in various categories:

Take a look at any important or semi-important metric that measures the league’s best passing defenses. The Jets are at the top or close to the top. Plus, they also rank 6th in Expected Points contributed by passing defense.

Aside from only allowing 213.6 YPG, the Jets have held every QB below the 256.5 mark since facing Joe Burrow in Week 3.

Burrow’s 275-yard performance all the way back in September marks the only time an opponent has exceeded this over/under in 2022.

So, what makes this pass defense so great? Well, it all starts with one of the best defensive lines in football, led by defensive tackle Quinnen Williams. Williams has legitimately played at an all-pro level this season. His 9.0 sacks are good for 10th-most in the NFL and the 2nd-most among tackles, trailing only Kansas City’s Chris Jones.

Williams has routinely commanded double teams, which has only made everyone else’s job easier, bolstering an elite pass rush. New York’s incredible 7.9 QB Hits per game are the 3rd-most of any defense in the last decade of NFL football, so don’t expect Allen to have much time in the pocket this week.

Additionally, I can’t move on without mentioning rookie cornerback Sauce Gardner, too. He’s arguably been the best defensive back in football at just 22 years old, and he’ll likely find himself on the All-Pro first team in five or six weeks. He and fellow corner DJ Reed form a fantastic duo, and they’ll cause problems for Josh Allen all afternoon in this one.

In these last six games, the Wyoming product has played sloppier football than he has at any other point in the last three seasons. And, although Allen’s elbow injury may not be the primary cause of his recent struggles, it certainly hasn’t done him any favors.

The weather forecast for Sunday afternoon in Orchard Park, NY isn’t encouraging, either. This contest projects to be snowy, rainy, or even both depending on how low the temperature drops. Regardless, Allen is not set up for success against a stingy defense in Week 14.

When these two squads faced off a month ago, New York’s pass rush gave Buffalo’s offensive line more trouble than in any other Bills game over the last two seasons. And, the secondary had Josh Allen’s number, too. In a likely snow game on Sunday, there’s a ton of value on Allen’s passing unders.

Enjoy playing our NFL Props for Week 14 and Join us for the rest of the NFL season!