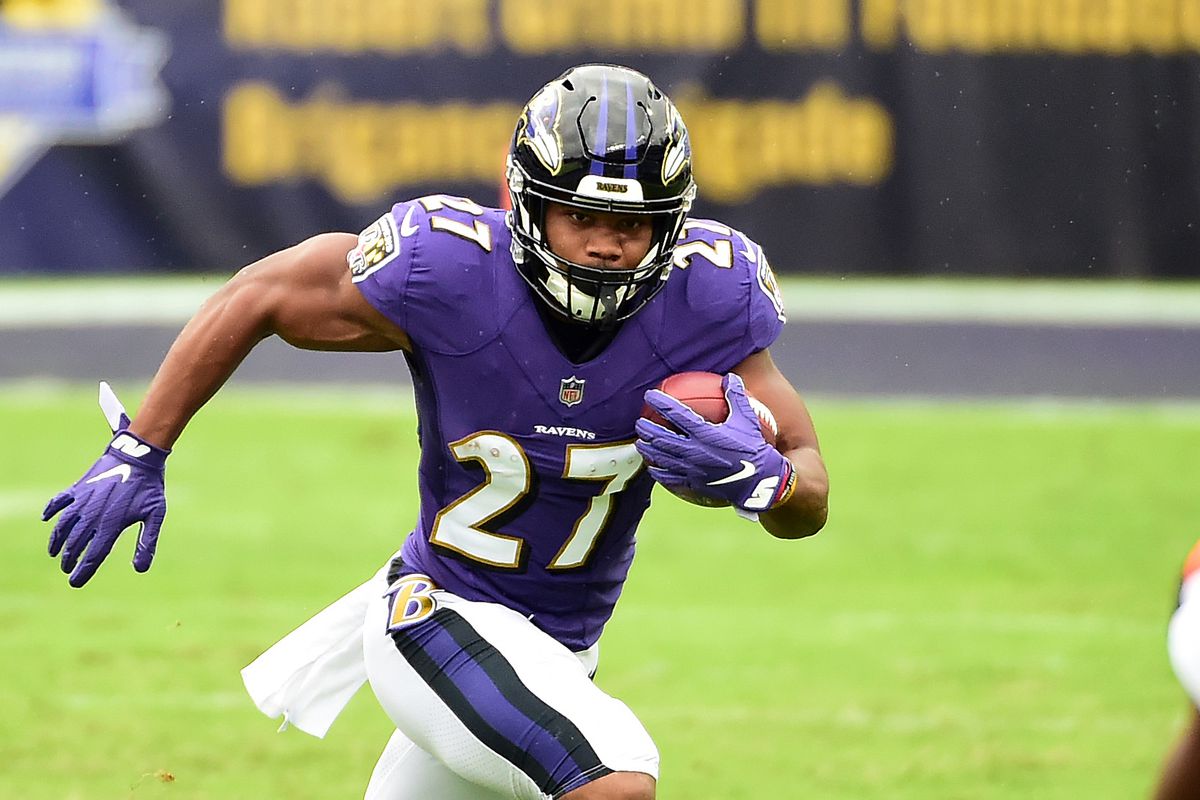 In what was an impressive rookie season that saw him lead all RB’s in YPC, Dobbins established himself as the lead back on the NFL’s top-ranked rushing attack — and he’s the feature play in our look at Saturday’s NFL Divisional Weekend props.

After a relatively quiet performance against the Titans in the wildcard round, Dobbins will look to get back on track this weekend against the Buffalo Bills. I believe he’s in store for a better performance, and here’s why.

Find me on Twitter, and let’s make some money on some NFL Divisional Weekend props!

Editor’s Note: Get full NFL prop slates, plus NBA and more, alerted to your device when you join the friendliest and sharpest prop betting community out there.

After beginning the season firmly entrenched in an RBBC, offensive coordinator Greg Roman finally turned the backfield over to Dobbins in Week 11.

The rookie took advantage of his new role by averaging:

It paid off for the Ravens as they finished 5-1 to close out the year. 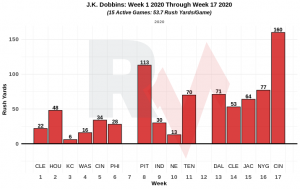 The former Buckeye is coming off his fewest rushing attempts in a game since the Ravens traveled to Foxboro in week 10, but he still managed a respectable 43 yards on nine totes against the Titans.

Prior to last week, Dobbins had received double-digit carries in six-straight games. All indications point to his reduced workload merely being an outlier as I expect Dobbins to once again see 12+ carries against the Bills.

Dobbin’s is a big play waiting to happen. The dynamic rookie finished with eight carries of 20+ yards, which was more than any other RB not named Derrick Henry or Nick Chubb. While that’s certainly impressive company, he was able to accomplish this with only 134 carries, just the 35th most rushing attempts in the NFL.

Chink in the Armor

Dobbins will face an unheralded Bills defense that is often overshadowed by Josh Allen and the Bills offense, which finished the regular season ranked a respectable 12th in DVOA.

While they’re a well-rounded group, Buffalo’s proven to be more susceptible on the ground than through the air, especially when it comes to big plays — 11 different RBs managed 20+ yard carries against them, including the Colts’ tandem of Jonathan Taylor and Nyheim Hines last week.

After last week’s modest performance and light workload, I think this total provides a nice value spot for Dobbins to go over.