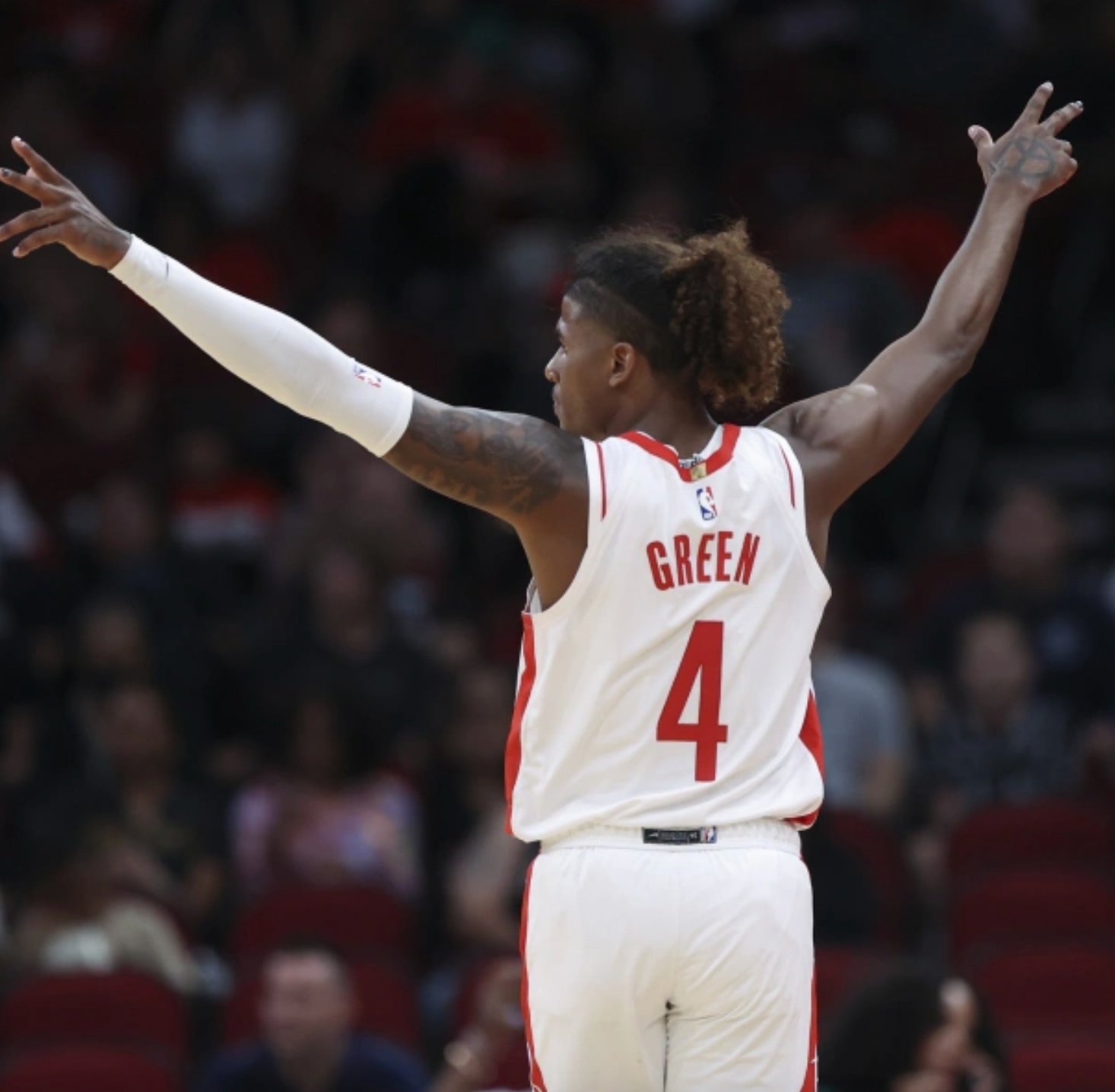 We’re 1-1 on NBA articles so far this season. And, tonight, we’re looking to add another W onto that record. Jalen Green headlines our NBA Props for Wednesday, as we’re going with the Houston Rockets guard in Utah this evening.

The Jazz are hosting the Rockets — tipoff is at 9:00 PM ET. This contest projects as a fast-paced matchup, and a lucrative one for Green. After making some enormous off-season moves, Utah’s defense has gotten noticeably worse. Opposing guards haven’t had trouble scoring against the Jazz to begin the 2022-23 campaign, and Jalen Green should continue making the Jazz pay tonight.

You may be concerned about the sustainability of the young guard’s production. But, the end of his rookie season indicates this is far from a fluke for Jalen.

Green’s ascent as one of the league’s most dangerous perimeter scorers began at the tail end of the 2021-22 season. Christian Wood was inactive for Houston’s final seven games, which opened up more looks for Green. With the big man in Dallas this season, Green is the unquestioned top dog for the Rockets, much like his hot scoring run to close the 2021-22 season.

Dating back to the last two weeks of his rookie season, the 20-year-old has scored at least 22 points in 11 of his last 13 games. He’s averaging 26.8 PPG during this stretch, while also taking 19.9 field goal attempts per game.

Only Kevin Durant, Luka Doncic, and Joel Embiid have scored more total points than Jalen Green during this stretch. At 27.4%, Green has the Rockets’ highest usage rate through the team’s first four games. And, in  tonight’s matchup in Utah, he should be Houston’s go-to offensive option.

The 6-foot-4 scorer has done particularly well against the Jazz, going back to last spring. He scored 27 points in his final game against Utah as a rookie. And, he dropped 25 on the Jazz on Monday night.

There are four guards seeing significant time for Utah this season, and none of them can hang with Green defensively. Whether he’s matched up with Jordan Clarkson, Mike Conley, Collin Sexton, or Malik Beasley, Jalen shouldn’t have a problem putting the ball in the basket.

Even though the 2022-23 season is young, Utah has already been torched by opposing guards.

Including Green’s Monday night performance, Utah has conceded at least 23 points to five different guards in their last three games alone. Jalen Green’s consistent usage should put him on track to torch Utah’s struggling perimeter defense yet again this evening.

We’re getting some fantastic value on a number-one scoring option against a strikingly bad perimeter defense. Look for Jalen Green to keep cooking against the Jazz on Wednesday night.

Have fun playing our favorite NBA Props for Wednesday and Join us for the 2022-23 NBA season!