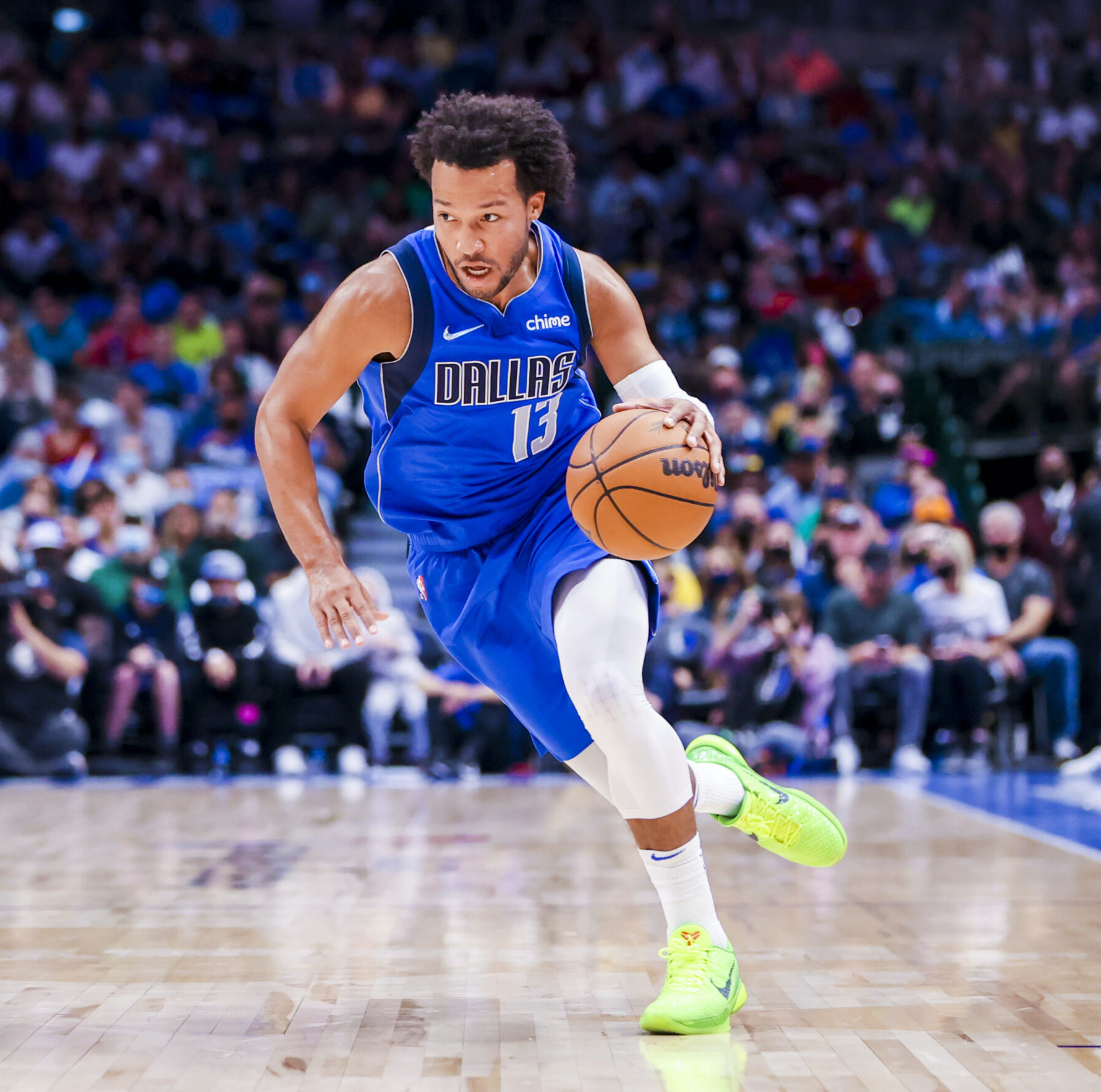 The NBA postseason is two games into each of its second-round series. Tonight, we’re getting our first Game 3 action, which will culminate with the Suns and the Mavericks. We’ll be diving into this matchup and bringing you the best of our NBA props for tonight.

After taking a 2-0 series lead, the Phoenix Suns are traveling to Texas to take on the Dallas Mavericks. This one tips off at 9:30 PM ET. Luka Doncic has been spectacular despite Dallas’ slow start in this matchup, averaging 40.0 points per game in Games 1 and 2. However, Luka’s greatness has come on some ridiculously high usage.

Doncic is taking 26.0 field goal attempts and 9.5 free throw attempts per game in this series. And, he’s posting a sky-high 41.4% Usage Rate. He’s kept the Mavs’ offense afloat, but he’s also cut into Jalen Brunson‘s production in a major way. Brunson dazzled in the first round against Utah but has struggled against a far superior perimeter defense in Phoenix. His lines for tonight don’t reflect his recent struggles, which gives us a clear angle on his under this evening.

I’ve won nine article plays in a row after another cash the last time out. Let’s keep it going.

Jalen Brunson emerged as a terrific second option for Dallas in Round 1. The 6-foot-1 point guard stepped up huge for the Mavs, especially in the first three games of the series (when Luka Doncic was sidelined with a calf injury).

Brunson has seen a significant drop in the team’s reliance on his offense since Luka’s return. He scored 32.0 PPG on a 34.2 USG% in three postseason contests without the Slovenian superstar. In five games since these numbers have fallen to just 18.6 PPG on 27.7 USG%.

His recent drop in offensive output can also be attributed to a matchup against a far more formidable Phoenix perimeter defense. Brunson seemingly found his way to wide-open floaters and jumpers at will against undersized Utah defenders. However, he’s been bothered heavily by the length of the Suns’ wings this series. And, even when Brunson draws Chris Paul, CP3 is still a much tougher matchup than Mike Conley or Donovan Mitchell. Look for the Suns to continue to make things difficult for the Villanova product this evening.

The Villanova product should obviously expect to take more of a backseat whenever a generational offensive talent like Luka Doncic is playing alongside him. Brunson has experienced a noticeable dip in opportunities and production with Luka all year long, dating back to the regular season.

His Usage Rate drops from 27.6% all the way down to 21.3% when he shares the court with Luka. And, he averaged just 23.3 PRA per game, down from 33.5 without Doncic. In mid-February, the Mavs also added Spencer Dinwiddie to the fold. The former Wizards guard offers another ball-handler and shot creator for Dallas to turn to, which further limits Brunson’s production.

Brunson has averaged 23.9 PRA per game in 32.5 minutes of action with Doncic and Dinwiddie. After logging just 28 and 31 minutes in the first two games of the series, he can expect a similar workload against Phoenix tonight.

The 25-year-old point guard has struggled to adjust to Phoenix’s stifling perimeter defense over the last few days. The days of facing the Utah Jazz and their drop coverage in pick and rolls are over.

When Luka and Brunson have been active against Phoenix this season, Brunson has struggled to even approach this line.

The soon-to-be free agent had 25 or fewer PRA in all three games against the Suns with Doncic. He averaged just 20.3 per game across these three contests, notching 20 and 16 in two games this series.

Look for Brunson to run into more of the same issues in Game 3 tonight at home. He doesn’t shoot many threes and is an afterthought to Luka when they’re on the court together, so it will be a tall task for him to reach the 26 PRA mark this evening.