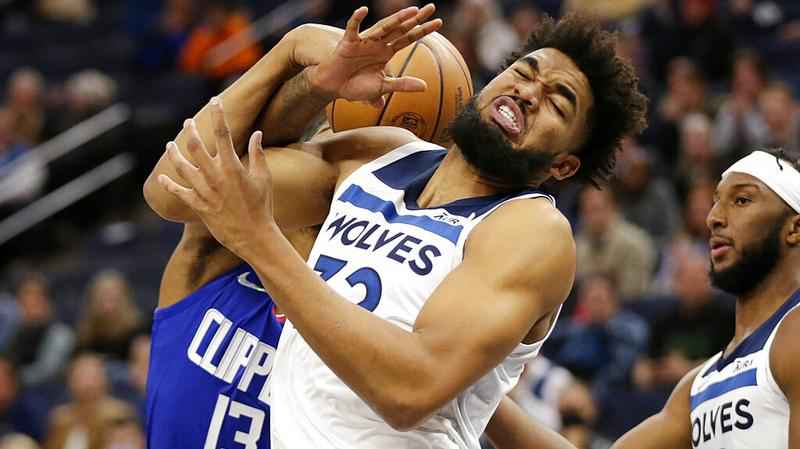 Playoff basketball is here! Well, kind of. The play-in tournament begins tonight, and we’re bringing you the best of our NBA props for tonight.

After the Cavaliers take on the Nets out East, the Minnesota Timberwolves will be hosting the Los Angeles Clippers out West. This contest tips off at 9:30 PM ET. This is the most consequential game for Karl-Anthony Towns and the T-Wolves since 2018, their lone playoff appearance since 2005.

Minnesota has the opportunity to change that tonight, but it won’t be easy. And against a brilliant NBA Head Coach in Tyronn Lue, things could get quite difficult for Towns tonight. Let’s see how I’m playing the all-star big man in this matchup.

MLB Season is here, and BTP has you covered! The team has is 9-1 to start the year and gearing up to build more bankrolls — join us to get full slates of MLB props (plus NBA, PGA, UFC F1, and more!) alerted to your device.

Karl-Anthony Towns just put together a tremendous season, perhaps the best of his seven-year career. However, this line of 27.5 is simply too high despite an increase in minutes likely on the horizon for Minnesota’s center.

Towns has a poor history against the Clippers, as Coach Lue has successfully schemed for the former first-overall pick. Towns also hasn’t performed well in the few big games he’s played with the Wolves.

And, as talked about every year, the pace slows down come postseason time, which may decrease the volume for several players in this Minnesota offense.

Since Ty Lue took over the Los Angeles coaching vacancy, he’s impressed critics and proved doubters wrong. The Clips have over-performed each of the last two seasons. In last year’s playoffs, they made it to the Conference Finals despite missing Kawhi Leonard for the back half of their postseason run. This year, they missed all of their top players for the majority of the season, and still found themselves comfortably in the 8th seed heading into tonight’s action.

Much of their success has come thanks to Lue’s brilliant work on the defensive side of the ball. And, against KAT and the T-Wolves specifically, they’ve been extraordinarily successful.

In five matchups against LA over the last two seasons, Towns has failed to top the 20-point mark.

Sure, he’ll see more minutes than the 31.1 MPG across these five games. But the three-time All-Star still posted just 19.5 points per 38 minutes against Lue’s Clippers.

Throughout the 2021-22 season, Towns consistently remained under this line of 27.5 points. He averaged just 24.6 PPG and scored only 22.4 PPG in his final ten games.

Towns stayed under this total in 8 of his last 10 games and 53 of 74 games on the season as a whole, good for a 71.6% hit rate on this play. And, even if we account for an increase in playing time, the success rate on the under is largely unchanged.

Even if the Wolves’ big man plays 40 minutes tonight, I like our chances.

The Timberwolves ranked first in the NBA in Pace this season, averaging 101 possessions per 48 minutes and 102 since the All-Star break. Normally, this may put a damper on an under, but once the regular season ends, the tempo slows down immensely.

Let’s take a look at the last 10 playoff teams that had a regular-season pace of at least 101 and how much they slowed down in the playoffs.

Eight of these ten squads saw a considerable decrease in their tempo once postseason play started. And, the postseason pace dropped by an average of 2.8 possessions per game league-wide since the 2018-19 season. For instance, the league-average pace dropped from 99.2 to 96.1 when the playoffs rolled around last season.

The Clippers are the far more experienced playoff team and I’m expecting them to control the pace tonight. Fewer possessions for Minnesota’s offense is one of many reasons to feel confident in the under on Towns’ points this evening.

The NBA postseason begins tonight, and there’s no better time to bet on basketball. With an intense playoff atmosphere likely to come with a hyper-competitive game in Minneapolis tonight, it will be a tall task for Karl-Anthony Towns to drop 30 points on the Clippers.