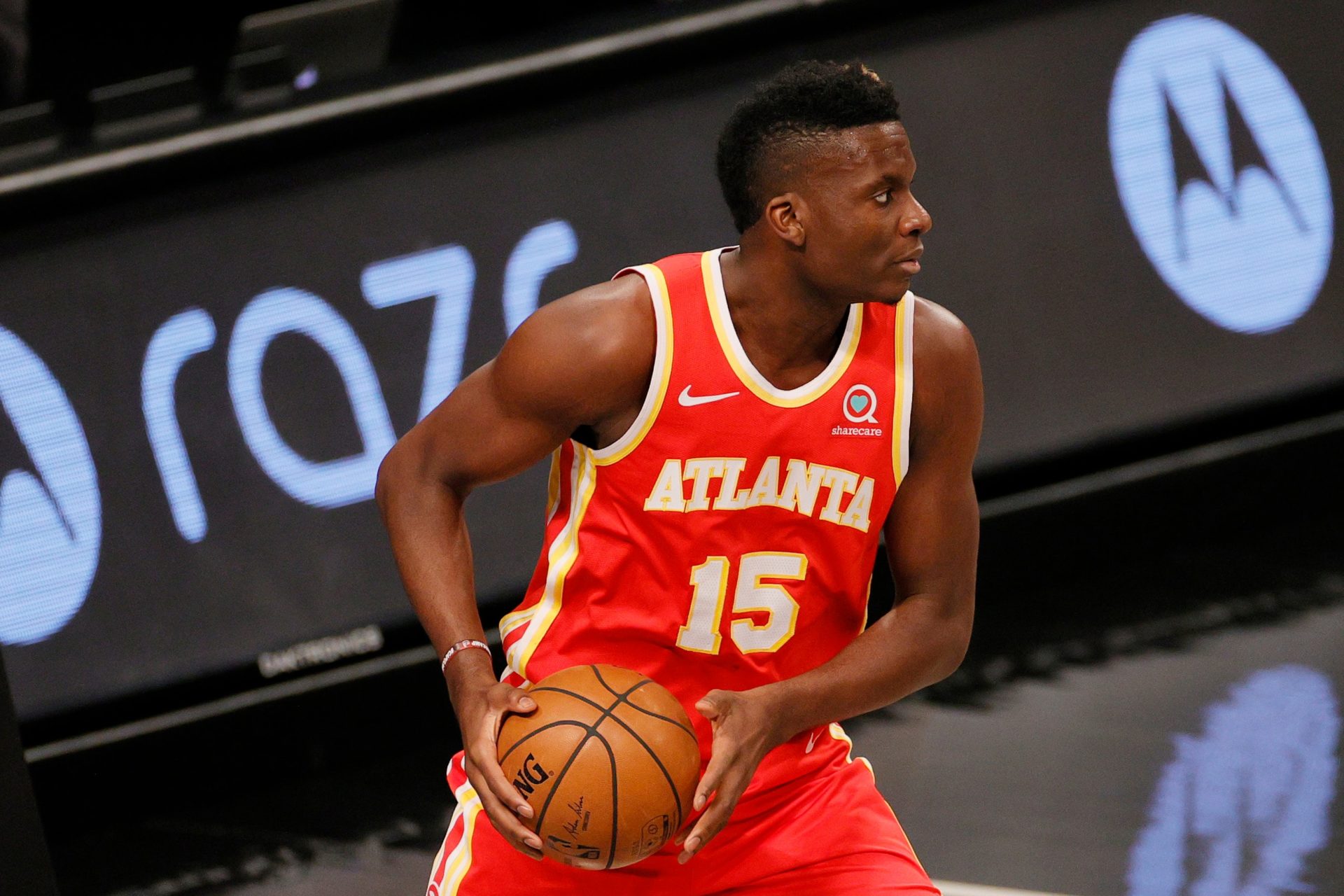 We have a fun Friday NBA slate lined up this evening, and we’re bringing you not one, but two NBA props for tonight.

The Atlanta Hawks are visiting the Washington Wizards  — tip-off is at 7:00 PM ET. Atlanta is in a tight race with the Hornets and Nets in an attempt to capture the East’s 8th-seed before the playoffs begin. The play of Clint Capela will be integral to the team’s success, and he’s been thriving in the absence of Onyeka Okongwu.

Meanwhile, the Orlando Magic will be crossing the border to face the Toronto Raptors — this one tips off at 7:30 PM ET. The Raptors present a challenging matchup for Orlando’s frontcourt scorers, so it wouldn’t be a surprise to see Mo Bamba struggle tonight.

Clint Capela has consistently been among the NBA’s rebounding leaders for the last few seasons. He simply just needs sufficient playing time and he’ll pull down a ton of boards. And, I anticipate he sees a healthy workload in a nice matchup against the Wizards tonight.

Okongwu has been a delight when active for the Hawks this season. The second-year center played well enough that he began to bite into Capela’s playing time substantially. But, Okongwu is currently in the league’s concussion protocols and will be inactive tonight, which frees up more run for Capela.

The Swiss big man is seeing a full increase of six minutes of action each night when Okongwu is sidelined this season. He should be expected to play around 30 minutes in Washington tonight, and maybe even more. This bodes extraordinarily well for the over on his rebounds.

This season, Capela is averaging 13.0 rebounds per 30 minutes after posting 14.3 boards per 30 last season. Overall, his 13.7 rebounds per 30 since joining the Hawks indicate an incredible value on Capela’s over/under tonight.

Capela has finished with at least 12 rebounds in 15 of his last 20 games without the USC product Okongwu. The 8th-year veteran is averaging a ridiculous 14.5 RPG across those 20 contests. As long as he sees enough time on the court, he should easily cash this over. And, a matchup against the Wizards can only help.

The Washington Wizards are allowing the 6th-most rebounds per game to centers this season. Capela managed 12 boards last meeting and is averaging 12.7 rebounds per 30 minutes across five matchups with the Wiz since last season.

Washington has faced 12 double-digit per-game rebounders since January 1st. 9 of those 12 surpassed their season average against Washington with 7 of 12 grabbing at least 14 rebounds. In other words, elite rebounders have thrived in this matchup against a frontcourt that lacks formidable size.

And, even though the Hawks are on a back-to-back, this doesn’t worry me in the slightest. Since November 1st, Capela has played five back-to-backs in Okongwu’s absence. He averaged 15.2 RPG in 34 MPG on zero days rest, grabbing at least 16 rebounds in three of five games. Trust Atlanta’s big man in the capital tonight.

Mo Bamba hasn’t exactly been a model of consistency in his young NBA career. He’s putting up 10.2 points per game in his fourth year as a pro. But, he hasn’t seemed to improve much throughout the 2021-22 season.

The New York City native has remained under this line in 18 of his last 25 games, averaging just 10.0 PPG during this stretch. He is coming off back-to-back 15-plus point outings against the Pacers, but I’m expecting regression in a far more difficult matchup with the Toronto Raptors.

Bamba is yet to put together a streak of three consecutive games scoring at least 12 points this season, and I don’t see that changing in Toronto this evening.

The Raptors are allowing the 6th least points per game to centers this season. Toronto has played stellar defense against big men all year, thanks to head coaching genius Nick Nurse and plenty of length in their frontcourt between Pascal Siakam, Precious Achiuwa, Scottie Barnes, and others.

Bamba has struggled mightily against other top interior defenses this season, too. He’s played 14 games against the NBA’s top 10 center defenses and has scored 11 or fewer in 10 of 14 games. The former Texas longhorn is averaging just 10.0 PPG across these 14 contests.

Additionally, Wendell Carter Jr. is listed as questionable for tonight’s matchup. However, I don’t see WCJ’s status affecting Bamba’s outlook at all in this game. Bamba has scored 10 or fewer points in four of the five games Carter has missed this season and doesn’t see a playing time increase without Carter.

Clint Capela and Mo Bamba highlight our center-centric Friday NBA Props. With Capela in a terrific matchup, look for the former Houston Rocket to showcase his elite rebounding skills with a stronghold on the center minutes for Atlanta. Conversely, expect Bamba to struggle against a Toronto squad that has been giving opposing bigs trouble all season.