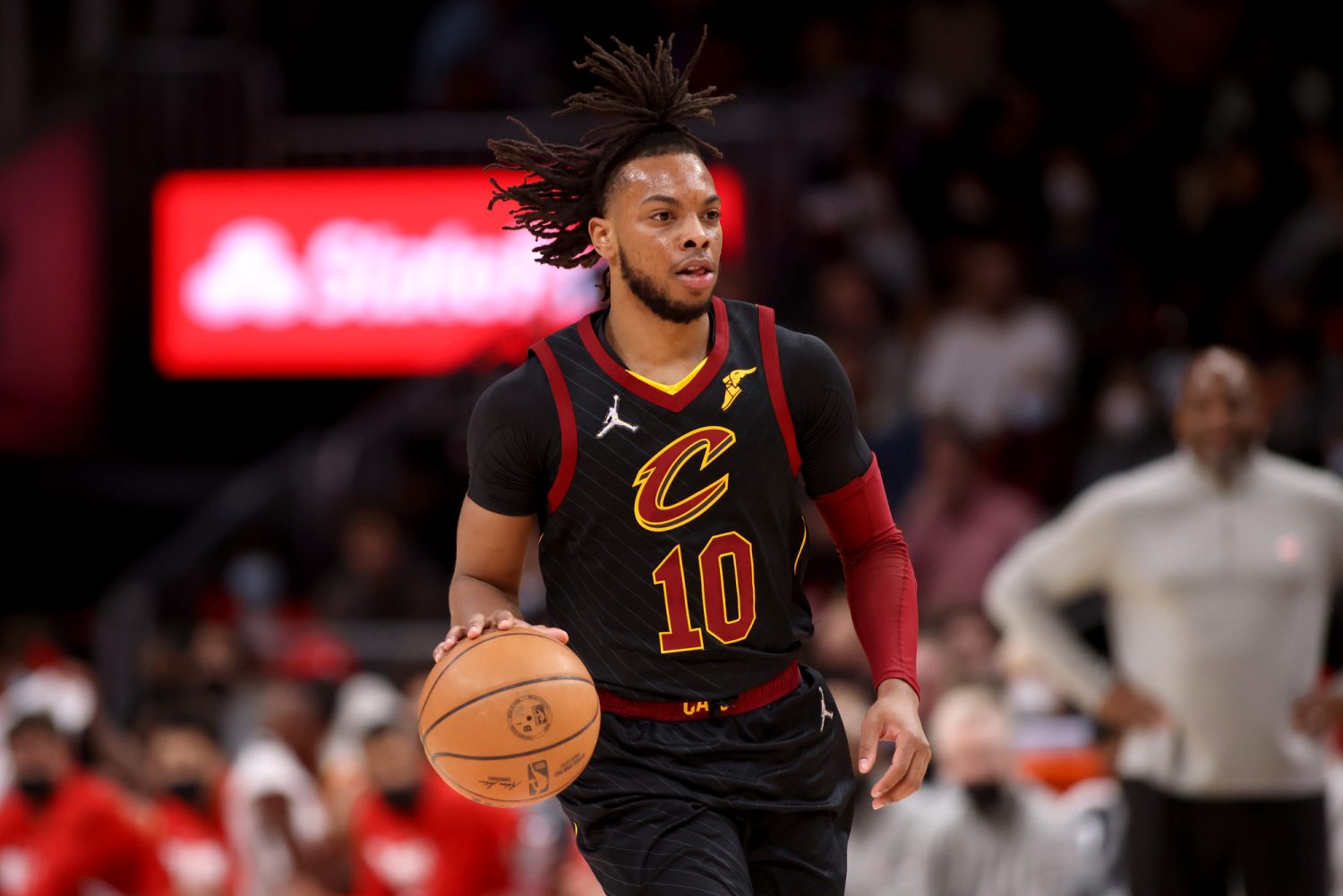 We have a solid 11-game Wednesday NBA slate lined up this evening, and we’re bringing you two NBA props for tonight.

The Cleveland Cavaliers are hosting the Dallas Mavericks this evening — tipoff is at 7:00 PM ET. Cleveland’s offense has been a one-man show recently, as Darius Garland has vaulted into another universe as a scorer and a playmaker. The Cavs are fighting to escape the play-in tournament, and every monster performance from their star point guard leads them closer to that goal.

Meanwhile, the Toronto Raptors also need every win they can get in order to finish top six in the East. They’re hosting the Minnesota Timberwolves tonight — this one tips off at 7:30 PM ET. Scottie Barnes is emerging as a terrific candidate to win the Rookie of the Year award and a fast-paced matchup against Minnesota could do wonders for him.

The team at Bet the Prop is hitting 59% on NBA props this year — and with plenty of basketball left, it’s a great time to join us to get full slates of NBA props (plus PGA, NHL, and more!) alerted to your device.

Darius Garland has kept the Cavaliers afloat with his brilliant scoring and playmaking. He’s dominated the ball-handling and creation duties for the team, and his usage has increased even further lately.

The first-time All-Star has been on a tear since the mid-February break. And, this can be attributed to a bump in minutes amid Cleveland’s playoff push. Tonight will be no different in a game that projects to stay close. He’ll be heavily relied upon once again, which opens up some great value for this line.

Garland has played a full complement of minutes in 13 games since returning from an injury sustained back in February. And, he’s been nothing short of incredible since.

The Vanderbilt product is averaging 11.5 assists per game during this stretch. That’s a full three assists above his over/under. He’s reached double-digits in 10 of 13 games, including big games against some stingy defenses like Miami and Toronto.

Playing a massive 40.5 minutes a night during this recent stretch, we can expect around 38 minutes of action tonight. The 6’1″ guard has posted 10-plus assists in 11 of his 17 games when clearing this mark this season. His 10.4 APG in these 17 games shows just how much we can count on DG to produce when he’s seeing a heavy workload.

The Mavericks’ elite defense may cause some concern. However, Garland has morphed into such a high-volume distributor that it shouldn’t scare us off. Since his return, he trails only Trae Young in potential assists.

This sky-high volume is a wonderful indicator of Garland’s potential success tonight since we’ve seen players with similar playmaking workloads succeed against the Mavs. This season’s top five assist-men have faced Dallas a combined 11 times, and the Mavs allowed them to surpass their season APG mark in 8 of those 11 games. They averaged 10.6 APG across this sample, including a 9-assist performance from Garland in only 33 minutes.

Dallas’ defense is great, but not impenetrable. With Cleveland’s offense revolving around their star guard, look for Garland to blow past this low watermark of 8.5 assists tonight.

Scottie Barnes has been a revelation all season for the Raptors. He has steadily improved and is in a great position to capture the Rookie of the Year trophy in a few weeks. Head Coach Nick Nurse has leaned on the Florida State product more than anyone could’ve imagined, too.

Barnes is 9th in the entire NBA in minutes per game this season. He joins Andrew Wiggins and Damian Lillard as one of only three rookies to log at least 35 MPG in the last 10 seasons.

And, one of the 20-year-old’s biggest strengths has been his playmaking prowess.

Barnes’ month of March has been his best to date. He’s posting 17.1 PPG, 7.8 RPG, and 4.3 APG since March 1st, clearly taking on more responsibility for the surging Raptors.

Scottie has reached the 4-assist mark in 11 of 15 games this month, good for a 73.3% hit rate. His 8.2 potential assists per game are also quite encouraging and could even mean this line is one assist short.

Barnes has been on the ball more lately, with Fred VanVleet shifting into a less ball-dominant role. The rookie has maintained an average of more than eight assist opportunities per game alongside VanVleet since the guard’s return from injury. And, today’s matchup with the Timberwolves could create even more chances for the rookie.

The Minnesota Timberwolves rank second in pace and allow the fifth-most assists per game this season.

This is perfect for the Raptors’ do-it-all forward, who has thrived against fast-paced opponents. Since January 1st, Toronto has played 18 games against teams that are in the top half of the league in pace. Barnes finished with at least four assists in 12 of these 18 games, including four in Toronto’s last meeting with Minnesota.

This is a great spot for the rookie to do some damage against a team that will force the Raptors to keep up.

Darius Garland will be forced to carry the Cavs’ offense once again this evening as Cleveland aims for a top-six seed in the Eastern Conference. Meanwhile, Scottie Barnes is making a strong push for Rookie of the Year. Both guys should see somewhere in the range of 36-40 minutes, which should set up both young studs to hit each of these lines.