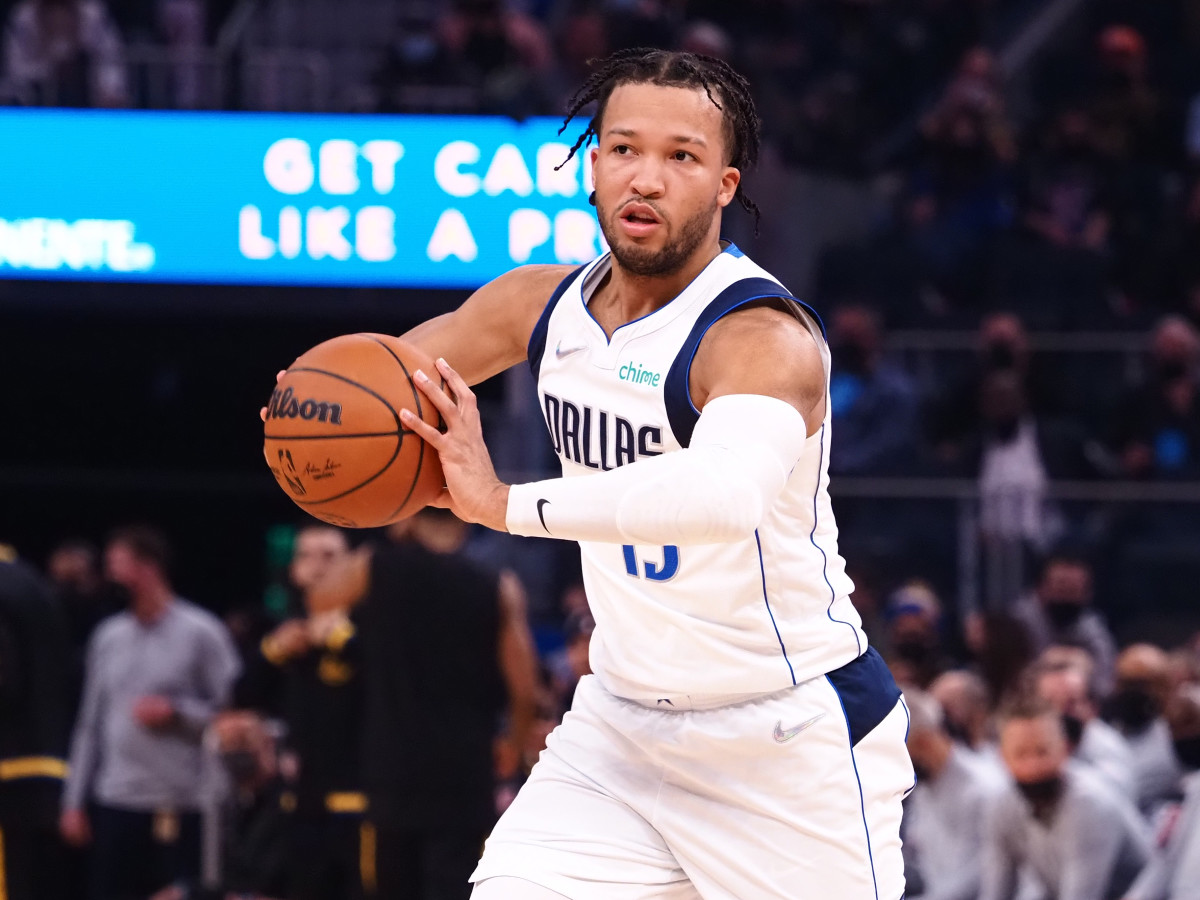 We have a huge 11-game Wednesday NBA slate lined up this evening, and we’re bringing you two NBA props for tonight.

The Dallas Mavericks are hosting the Houston Rockets this evening — tipoff is at 8:30 PM ET. Luka Doncic will be sidelined for tonight’s game due to a sore right ankle, which leaves plenty of room for guys to step up for the Mavs. I like Jalen Brunson to step up as Dallas’ lead playmaker this evening, giving us terrific value on his props.

Meanwhile, the Atlanta Hawks, led by the sizzling-hot Trae Young, are on the road to face the Detroit Pistons. This one tips off at 7:00 PM ET. The star guard just torched the Knicks in Madison Square Garden last night, which begs the question: does he have another huge performance in him tonight?

Luka Doncic has already been ruled out for tonight’s contest with a sore right ankle. This may just be a rest day for the Slovenian superstar. But, regardless, it opens the door for Jalen Brunson to have a big night.

The ball-handling and playmaking duties in Dallas have shifted some recently due to the acquisition of Spencer Dinwiddie last month. The team has played just one game without Luka since then, and after taking a deep dive, Brunson looks like he should be the primary playmaker tonight.

Brunson has played 16 games without Luka this season and has been nothing short of fantastic in a larger role.

The Villanova product has reached this over in 15 of 16 games as Dallas’ starting point guard this season. He even averaged 7.8 APG across these games, notching at least 8 assists in 11 of 16 games.

Only one of these games came alongside Dinwiddie, however. Brunson posted 6 assists in this game against the Kings, but there was a key standout detail in the tracking data from this Mavs win. Brunson had 12 potential assists while Dinwiddie only had 8 assist opportunities. The next highest mark on the team was 4. So, it’s pretty clear that everything will run through these two guards tonight, and Brunson is the better bet to see more assist opportunities.

The Houston Rockets present a perfect matchup for Brunson. For the 2021-22 season, Houston ranks first in Pace, ranks last in defensive efficiency, and has given up the 6th most assists per game. And, looking at the Rockets’ defense more recently, they haven’t tightened up at all. Over their last 25 games, they’ve allowed the 4th most APG while still performing as the league’s worst defense.

Brunson has taken advantage of this matchup twice already this season. He finished with 11 assists in just 28 minutes in their first meeting (with Doncic active) and posed 10 assists in just 25 minutes the second time around (without Doncic). He should be locked into well over 30 minutes of action tonight, which should be plenty of time for him to rack up the assists we need.

The Rockets have also allowed multiple players to dish out at least 6 assists in six of their last seven games. So, even if Dinwiddie is having a big night, there should be plenty of room for Brunson to reach the 6-assist mark.

You might think I’m crazy to suggest this after Trae Young went ballistic on national TV last night. But, here we are.

First off, Young averages just 41.5 Points + Rebounds + Assists (PRA) per game this season. He’s also remained under this total in 44 of his 66 outings this season. In other words, we’re taking the under on a line that’s over 7% above Trae’s season average and one that he’s only exceeded in a third of his games.

Additionally, my favorite part of this play is the matchup against the Pistons.

The Detroit Pistons play at a shockingly slow pace. With talented young players such as Cade Cunningham and Saddiq Bey on the roster, you may expect Detroit to attempt to run with everyone. But, this is far from the case. Detroit is playing at the 6th slowest pace in the NBA since the all-star break and 10th slowest since January 1st.

Trae shot just 5/20 from the field last time out against the Pistons, finishing with 30 PRA. A similar ice-cold shooting night may not be in the cards for the 2-time all-star tonight. However, Trae could have just a standard performance and still cash this under for us.

Jalen Brunson and Trae Young headline our Wednesday night NBA props for a jam-packed slate. Brunson is in a tremendous position to step up in Luka Doncic’s absence, while Trae Young seems unlikely to have another massive performance in a slower-paced matchup in Detroit this evening.