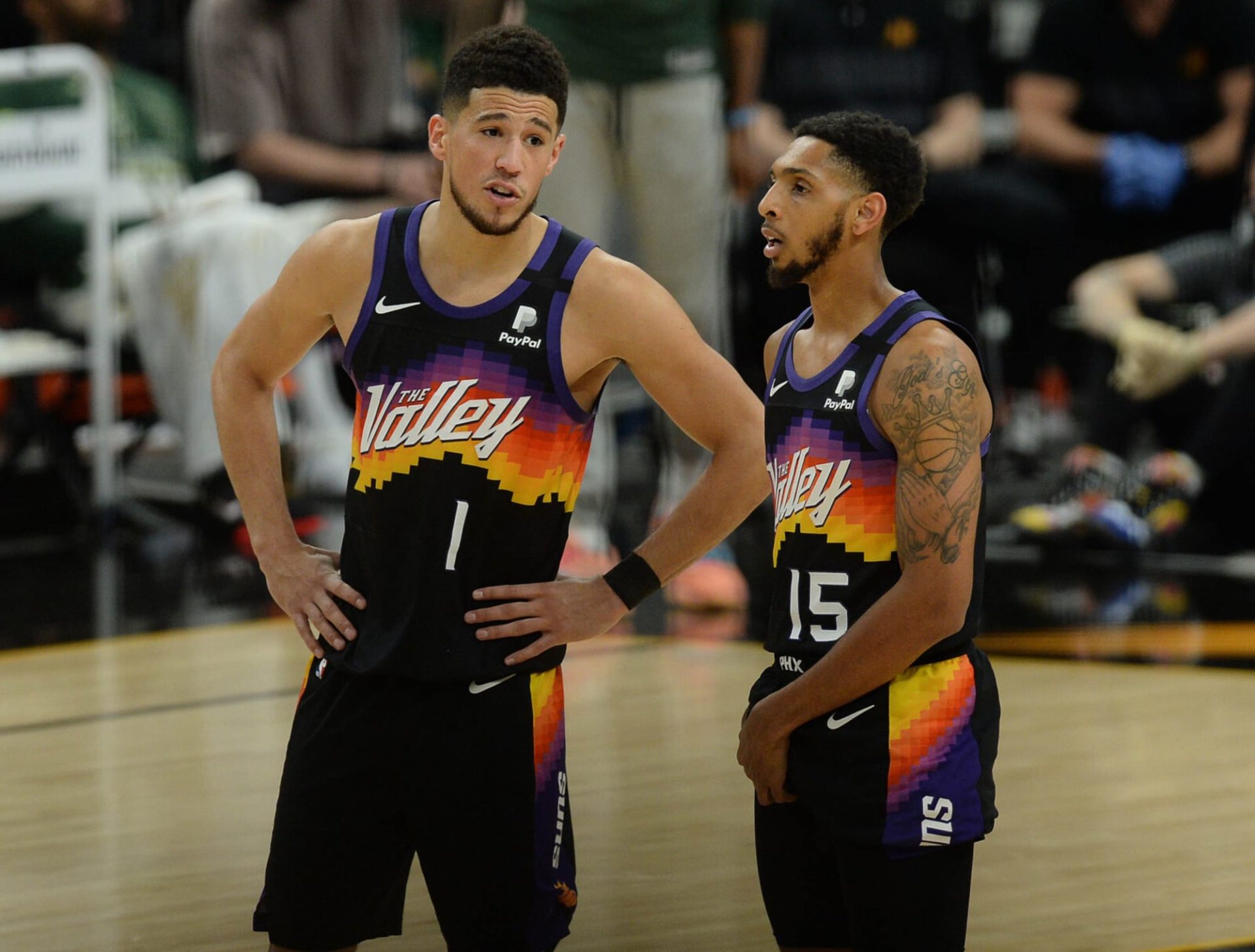 After just one Thursday NBA game, we have 12 games lined up on tonight’s slate. And, we’re bringing you two NBA props for tonight.

The Phoenix Suns are hosting the Chicago Bulls this evening — tipoff is at 10:00 PM ET. There seems to be a ton of value on the Phoenix backcourt tonight, as Cameron Payne and Devin Booker each look to stay hot against a soft Chicago defense. Both of these squads like to push the pace, so Phoenix’s guards should see ample opportunities to rack up big numbers in this contest.

Cameron Payne has filled in admirably for the Suns in place of Chris Paul. Payne is 4th in the entire league in assists per game since the All-Star break. He’s seeing heavy minutes and ball-handling usage, and he’s converted these touches into some eye-popping assist numbers.

The 7th-year NBA vet is trailing only James Harden, Darius Garland, and Trae Young in assists per game since the break.

Payne has started 11 games in the absence of CP3 dating back to last season’s playoffs. He has at least 8 assists in 10 of these 11 games. And, he’s averaging a ludicrous 9.6 APG across these appearances. Phoenix’s interim starting PG has even notched double-digit assists in five of his last eight games. Simply put, Payne is dishing out a crazy number of assists each and every night, and it’s sustainable.

The 27-year-old is averaging 16.2 potential assists per game since being inserted into his current role. He’s top eight in the NBA in potential assists and passes made over the last three weeks. He’s spreading the ball around at a level similar to Garland, Trae, and even Luka Doncic. Cam Payne is here to stay as an elite-level assist man.

The Chicago Bulls also present a nice matchup for Payne to get the job done tonight. Chicago is giving up the 12th most APG and the 8th most to opposing point guards. Due to some injuries, they’ve been an even friendlier matchup later into the season, conceding the 6th most assists since January 1st.

Both squads are top 12 in Pace this season, so expect a fast-paced matchup. Payne has faced four teams that rank top 12 in pace of play since becoming the starter. He reached this over in all four games and notched at least 10 assists in three of them. Look for him to continue dishing at a high volume tonight.

Devin Booker has also benefitted noticeably from Chris Paul’s absence. D-Book is putting up 27.9 PPG since the break, scoring at least 27 in five of eight games.

Taking a larger step back, Phoenix’s number one option has been getting buckets at an elite level for a couple of months now. He’s scored over 26.5 points in 17 of his last 26 games, posting 25-plus in 20 of those games.

Booker sports an average of 28.9 PPG during this stretch and is second only to Ja Morant in field goal attempts per game since his two-month-long scoring rampage began.

The Bulls aren’t just a defense that gives up a ton of assists to opposing guards. They are among the worst perimeter-scoring defenses around the association, too.

Booker dropped 38 points on Chicago when these two teams met last month. And, it feels like every single other NBA guard that can fill it up has followed his lead lately.

Booker has attempted at least 18 shots in 23 of his last 26 games. It would be a fluke for him not to put up at least 18-20 shots against the Bulls tonight. For perspective, here are the guards that have taken at least 18 FGA vs. Chicago over the last 20 games:

14 of these 17 guys finished with at least 25 points. Chicago most recently allowed 34 to De’Aaron Fox and 37 to Donovan Mitchell in their last two games. This is a good sign for Booker, who’s scoring profiles similarly to these two.

D-Book thrives out of pick-and-roll sets, and that’s where the Bulls are the weakest defensively. Book also thrives in 1-on-1 looks and Chicago doesn’t send very many double teams against highly-skilled opponents. And, given the well-balanced and supremely talented lineup around Booker, he should see plenty of 1-on-1 looks in this one.

This matchup, coupled with Booker’s sky-high volume, sets the three-time All-Star up for a big scoring night.

The Phoenix Suns’ backcourt headlines our Friday night NBA props for an awesome slate. Cameron Payne has been dishing out assists like a mad man and Devin Booker is scoring as well as any perimeter threat in the league right now. I trust both guys to go off in a home matchup with the Bulls tonight.