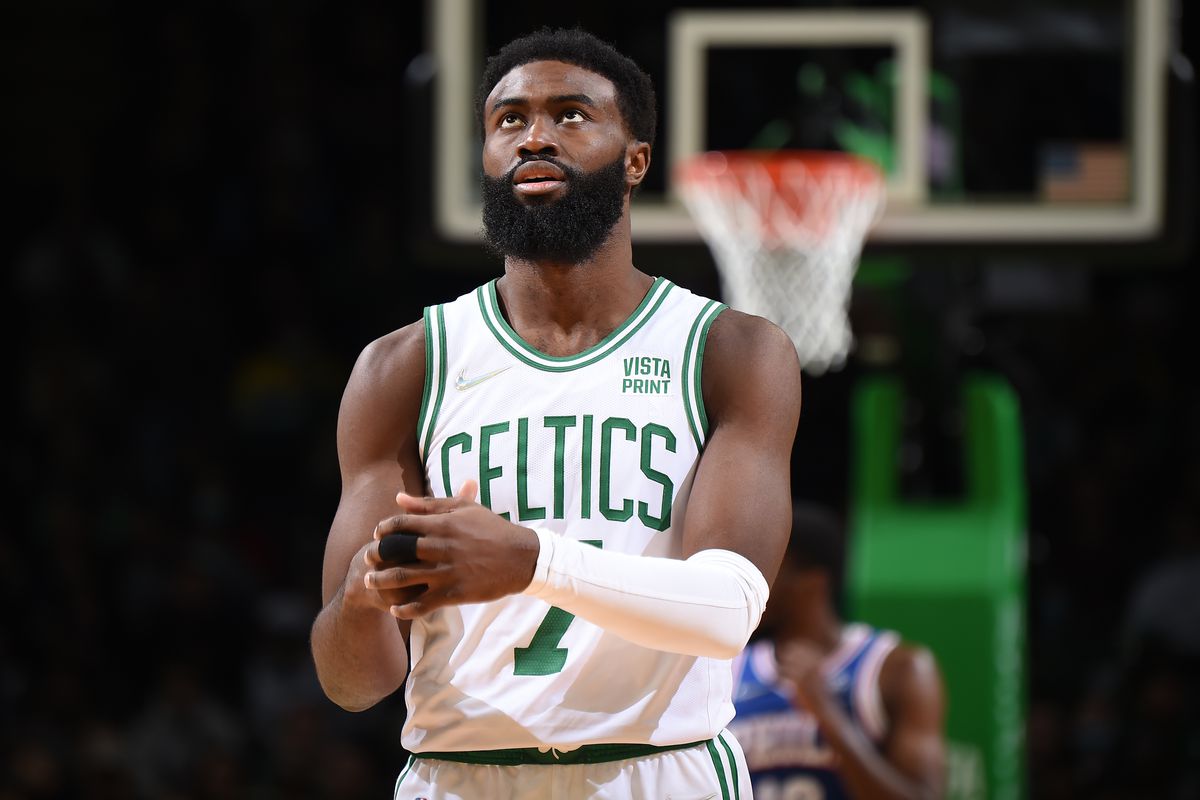 We have a massive 12-game Wednesday NBA slate lined up this evening, and we’re bringing you two NBA props for tonight.

The Boston Celtics are visiting the Golden State Warriors  — tip-off is at 10:00 PM ET. Jayson Tatum has emerged as one of the NBA’s elite scorers lately. However, his teammate Jaylen Brown has struggled, taking more of a backseat to the Celts’ top option.

Meanwhile, the Utah Jazz will be hosting the Chicago Bulls — this one tips off at 9:00 PM ET. Each of these squads is making a big push for top seeds heading into the playoffs, and they’re both rested, having sat out Monday’s action. Sportsbooks are undervaluing Rudy Gobert in this contest, and I trust him to stay active against Chicago.

Jaylen Brown‘s recent struggles haven’t received much of a spotlight and for good reason. His teammate Jayson Tatum is averaging 33.3 points on 24.1 field goal attempts per game since the All-Star break. While Tatum has turned into a rising superstar, Jaylen is posting just 20.0 PPG in seven full games since the break.

Brown hasn’t posted many big games lately, staying under this points line in six of his last seven since the break. This line even seems high given his production over the last two months. He’s stayed under in 18 of his last 26 games, averaging just 21 points since mid-January.

On the season, Brown has gone under his closing prop line 58% of the time.

Additionally, a road matchup with the Warriors is certainly not a friendly environment for Boston’s second option.

The Golden State Warriors are conceding the 5th fewest Points + Assists to opposing shooting guards this season. Between Andrew Wiggins, Klay Thompson, and Jonathan Kuminga, Golden State has plenty of length to throw at Tatum and Brown in an attempt to disrupt them. It worked last time these two teams faced off, as Brown finished with just 20 points and 2 assists. JB also had a rough outing in his only meeting with the Warriors last season, posting only 18 points and 4 assists.

Despite slowing down some, the Warriors still boast the league’s number one defense this season. They’ve ranked 6th in defensive rating since January 1st, but that is sure to rebound with Draymond Green now back in the fold.

The one-time All Star has played five games alongside Tatum against the league’s top wing defenses, and Brown did not perform well. He’s coming off an abysmal Sunday afternoon performance against the Mavericks, and a similar outing could be in store for him against Golden State’s elite defense tonight.

It seems like sportsbooks just can’t get Rudy Gobert‘s rebounds line right. We’ve been gifted yet another 12.5 O/U for Utah’s big man, which is too low as long as he’s seeing a solid amount of playing time.

The French center has been working through a minor foot/toe ailment. But, he said Monday that he was feeling much better each day and then proceeded to grab 14 rebounds in 32 minutes against the Bucks.

Gobert is averaging 14.7 rebounds per game this season and has reached this over in 39 of 53 games this season. It’s pretty hard to pass on a 73.6% hit rate for one of the game’s most dominant rebounders. He’s averaged at least 13.5 RPG in three straight seasons, so I’m thrilled to get this line at 12.5.

The home matchup with Chicago doesn’t damage Rudy’s rebounding prospects in the slightest. The three-time Defensive Player of the Year pulled down 19 rebounds against the Bulls earlier this season.

Chicago ranks just above the league average in Pace. They’ve played at the 13th fastest pace this season and the 12th fastest since January 1st.

The Bulls have played 19 games against the NBA’s top 10 rebounders this season. These opponents reached their season rebounding average in 12 of these 19 games, which bodes well for Gobert, who only needs to come close.

Gobert will be playing plenty of minutes as the only player above 6-foot-5 on the court for Utah. As long as this game remains close, the league’s leading rebounder should take care of business.

Jaylen Brown and Rudy Gobert headline our Wednesday night NBA props for a huge slate. Jaylen’s recent struggles may continue in a difficult matchup against the Warriors, while Rudy should see a ton of rebound chances in a competitive home game.