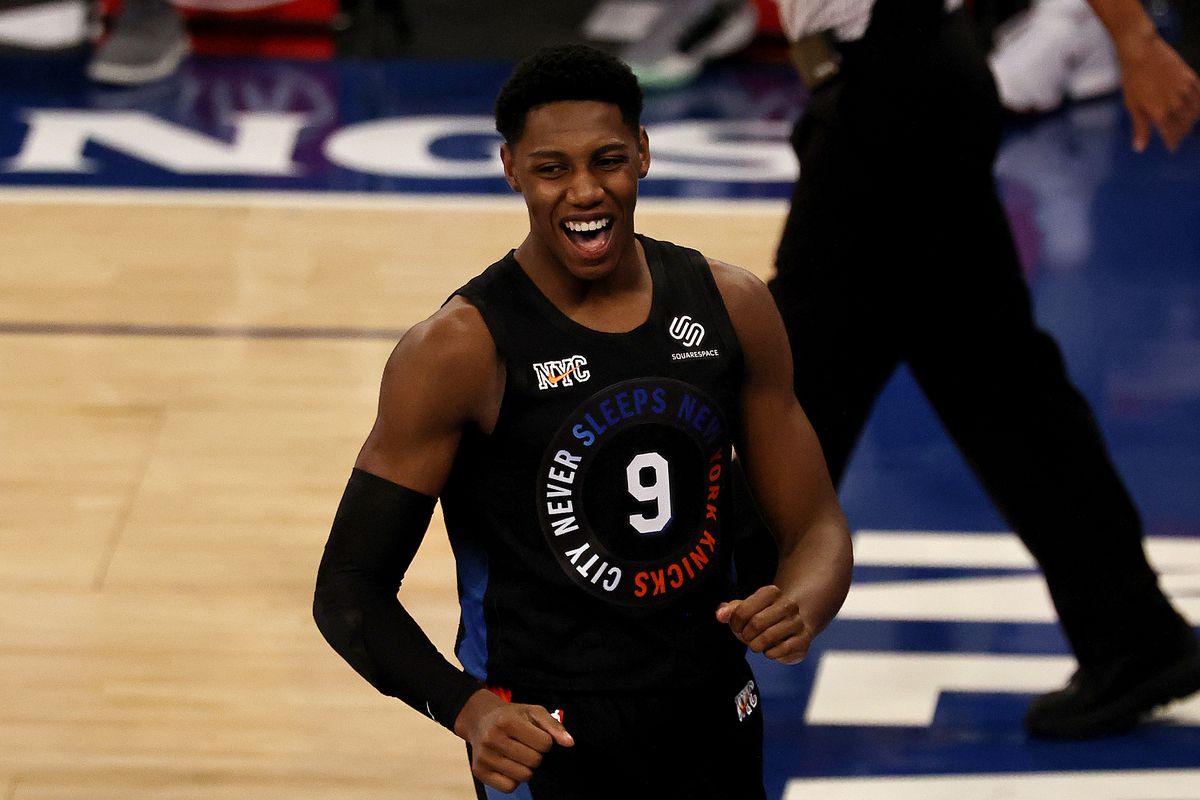 We have a heavy Friday NBA slate lined up this evening, and we’re bringing you two NBA props for tonight.

The New York Knicks are visiting the Memphis Grizzlies  — tip-off is at 8:00 PM ET. RJ Barrett‘s emergence in New York’s offense has been spectacular lately, and the books are yet to catch up on his increased role as a playmaker.

Meanwhile, the New Orleans Pelicans will be hosting the Charlotte Hornets — this one tips off at 8:00 PM ET. Despite the absence of CJ McCollum and Brandon Ingram this evening, sportsbooks may still be overvaluing Pelicans center Jonas Valanciunas.

RJ Barrett has taken on a larger role as one of New York’s primary ball handlers and creators recently. Derrick Rose, Kemba Walker, and Quentin Grimes have been absent since the All-Star break. And, as a result, Barrett has enjoyed tremendous growth in the assists department.

RJ has reached the over on this mark in 9 of his last 10 games without Rose and Kemba. The third-year wing is averaging 5.1 assists per game across these ten games, which indicates this line may be a full assist too low.

However, Barrett has seen an increase in more than just his raw assist totals. His opportunities have risen substantially, too. He’s averaging 8.0 potential assists per game over his last six contests. And this newfound playmaking usage seems quite sustainable. His 37.7 minutes per game in the absence of Rose and Walker show just how reliant the Knicks are on his play without their other guards. This number has even jumped up to 39.1 MPG over his last 10 games without the two point guards.

Alec Burks, by technicality, will likely be named as the team’s starting point guard in Memphis tonight. But it’s really Barrett and Julius Randle that will run the show. The fast-paced matchup against the Grizzlies doesn’t hurt, either.

The Memphis Grizzlies check two important boxes in this matchup. They allow plenty of assists and they play at a lightning-fast pace. Memphis is conceding the 9th most APG to opponents this season while ranking sixth in pace of play.

We’ve seen RJ thrive in fast-paced matchups against Phoenix and Sacramento lately, and we could see a repeat performance on the road tonight.

Note, this is available at 26.5 some places, however with significantly higher juice (-130 or worse). We prefer the lower juice at FD

Sure, the Pelicans will be missing Brandon Ingram and CJ McCollum tonight. But, that doesn’t mean that Valanciunas will turn into Karl-Anthony Towns all of a sudden. JV is having himself a nice season, but regardless of New Orleans’ lack of weaponry, his Points + Assists line shouldn’t be marked that high.

Aside from the incredible hit rate, the matchup may not be as easy as some think. Sure, Charlotte is allowing plenty of points to opposing centers, but Valanciunas didn’t see very much success against a similar defensive front last season. The former Grizzlies and Raptors big man had only 15 PA in each of his two contests against Charlotte last season. And, the Hornets have struggled the worst against more athletic bigs that can exploit Mason Plumlee‘s lack of mobility. Valanciunas doesn’t quite fit that description.

So, even as one of the team’s top options in a lighter matchup, this line still feels way too high for the 29-year-old center.

RJ Barrett and Jonas Valanciunas headline our Friday night NBA props, as I like RJ to remain active as a playmaker, while I also do not anticipate Valanciunas to have one of his top games of the entire season tonight.

RJ and the Knicks will look to maintain their winning streak on the road in Memphis, while both Charlotte and New Orleans fight for seeding in their respective conferences.