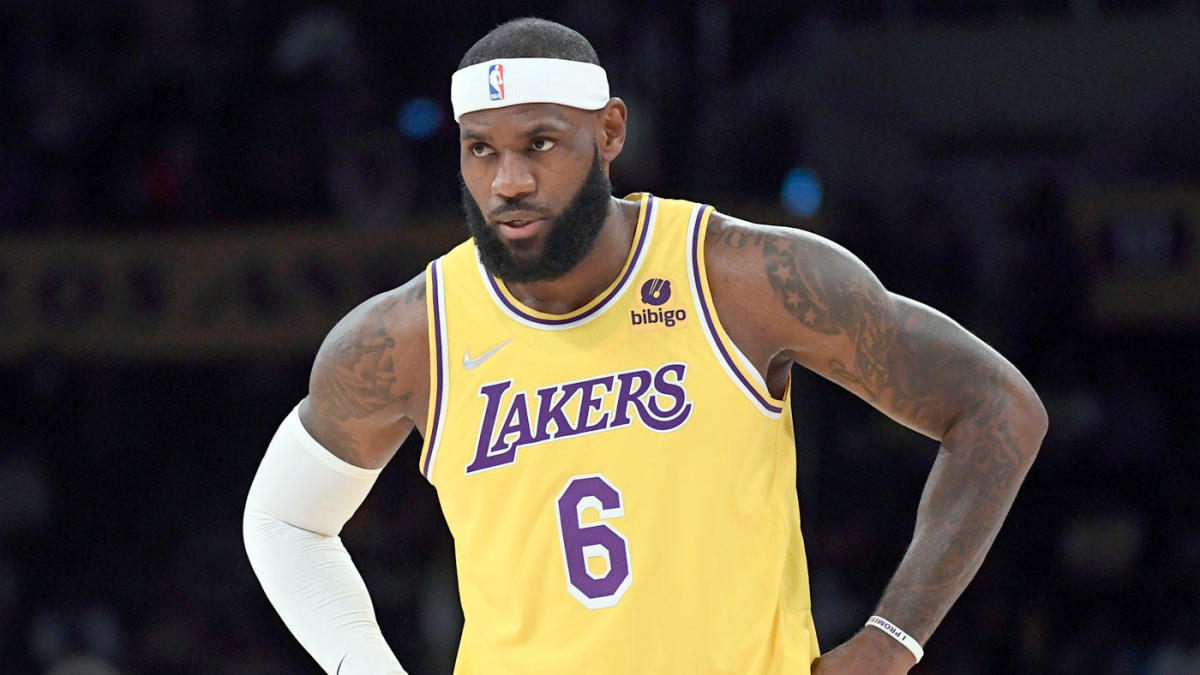 We have a phenomenal Tuesday night NBA slate lined up, which gives us plenty of angles on our NBA props for tonight.

Two things seem to remain constant in the NBA: LeBron James and players missing games due to injuries and league protocols. Our first play is on King James, who is still dominating his competition in his 19th season. Our second play takes advantage of a Miami Heat team missing countless frontcourt players.

I am 6-2 on NBA article plays with Bet The Prop this season and I’m looking to keep the wins coming tonight.

Tonight, we’re going to be leaning on LeBron and jumping on the Omer Yurtseven train. Let’s dive into the plays!

LeBron James continues to add to one of the most impressive resumés in the history of sports. He’s one of just two dozen players in league history to play 19 seasons and he’s only two days away from celebrating his 37th birthday. Happy early birthday, LeBron.

Despite his age, James is still an elite scorer. Defenders still do not have answers for the four-time MVP. And, without Anthony Davis, James has carried the Lakers offense at a level very few others are capable of.

Anthony Davis has missed seven games so far this season, and the injury-prone big man will be on the shelf for the next few weeks. LeBron has seen a usage increase in AD’s absence in an effort to keep Los Angeles afloat. He averages 22.9 field goal attempts and 7.0 free throw attempts per game as the Lakers’ lone superstar, compared to just 18.6 FGA and 4.5 FTA when Davis is on the floor.

This usage increase has led to a 30-plus point performance in all seven games without Davis. Bron is also posting a lofty 34.6 PPG in this seven-game sample.

I’ve learned the hard way before: doubting LeBron James never works out in your favor. As soon as you count him out, he proves why he’s one of the greatest to ever do it. I won’t be making that mistake as the Lakers travel to Houston to take on the lowly Rockets tonight.

The Houston Rockets are giving up the second-most points per 100 possessions this season, qualifying them as the NBA’s 29th-ranked defensive unit. Houston also plays at the fifth-fastest pace. Coupled with the Lakers’ first-ranked pace of play, we should be in for a back-and-forth matchup and plenty of opportunities for LeBron to put up big numbers.

The Rockets have struggled mightily at containing forwards this season. Houston ranks 27th against power forwards and 28th against small forwards. And, their nightly 68.7 points allowed to frontcourt players is comfortably the most in the NBA.

LeBron just showed the world how dominant he still is with a 39 point Christmas performance against the Nets. Look for him to give us another 30-piece tonight as the Lakers aim to snap their five-game losing streak in Houston.

Omer Yurtseven has been a revelation for the Miami Heat lately. The 23-year-old rookie center has been a monster on the glass, posting insane rebounding totals on a nightly basis.

He has at least 12 rebounds in five consecutive games and he’s in a great spot to continue his rebounding rampage in an increased role for Miami.

The Heat will be without three of the four centers on their roster tonight, leaving Yurtseven as the only viable big man option in Tuesday’s contest. Bam Adebayo has missed the last month after undergoing thumb surgery. Dewayne Dedmon was diagnosed with a knee sprain on Friday and is out of commission this week. Udonis Haslem was just placed in health and safety protocols this morning. All of these absences set Yurtseven up for a gigantic role tonight.

He played 33 minutes in his first career start on Sunday, bringing down 15 boards against the Magic. The undrafted rookie has been easily clearing this rebounds line despite seeing minutes in the low twenties over the last two weeks. Yurtseven now seems well-positioned to play at least 30 minutes yet again. He’s averaging 12.0 rebounds per 30 minutes through the first 25 games of his career and should see all the playing time he can handle tonight.

The Washington Wizards offer a plus matchup for opposing centers. The Wiz are about an average team on the boards overall, but they’re allowing the 7th most RPG to centers this season.

Washington has faced six centers that have played at least 30 minutes against them over the last three weeks. Here’s how they’ve fared on the glass:

As long as Yurtseven stays out of foul trouble, he should be in for a massive night on the glass.

LeBron James remains one of the NBA’s elite scorers and draws a Rockets squad that can’t stop anyone from scoring. Look for LBJ to carry the Lakers in a must-win game.

Additionally, Omer Yurtseven has come on strong for the Heat recently, and he will be heavily relied upon against a Wizards team allowing ample rebounding opportunities to opposing big men.