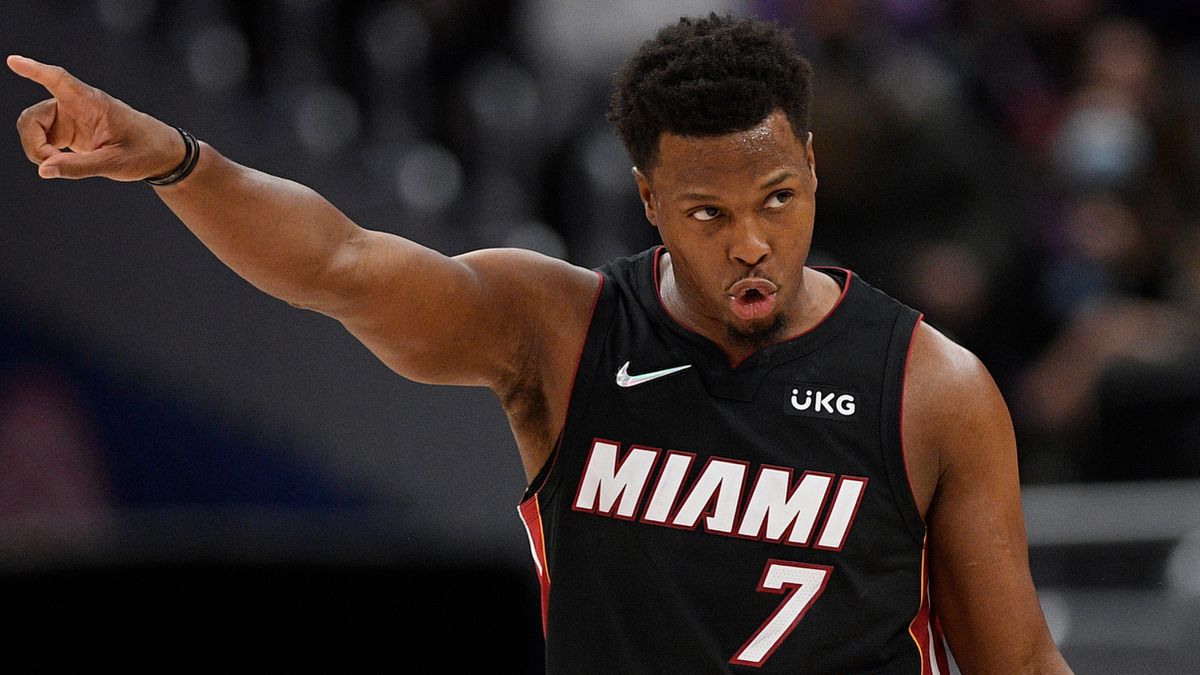 We have a gigantic Wednesday night NBA slate, which gives us plenty of angles on our NBA props for tonight.

The Portland Trail Blazers and the Atlanta Hawks have had their fair share of struggles in the first half of the 2021-22 NBA season. They’re two of the worst defenses in basketball and are yet to find answers on the defensive end. Tonight, we’re going to be attacking these poor defensive units with a pair of assist props.

I am 8-2 on NBA article plays with Bet The Prop this season, and I’m looking to put out two more winners tonight.

I’m expecting an array of assists against two of the NBA’s weakest defensive units this evening. Let’s jump into the plays!

Kyle Lowry has been one of the NBA’s steadiest playmakers in his first season with the Miami Heat. His 8.3 assists per game rank 5th in the league, behind only Chris Paul, Trae Young, James Harden, and Dejounte Murray.

However, Lowry has seen an increase in playmaking responsibilities since star center Bam Adebayo had thumb surgery over a month ago. And Jimmy Butler has been no stranger to the inactive list this season, either. He suffered a sprained ankle in Miami’s Monday night loss to the Warriors and will also be on the shelf tonight.

The absences of Miami’s top two players will open up extra assist opportunities for Lowry tonight. The 16-year veteran’s 16.0 potential assists per game have him squarely in the top 5 league-wide. This figure is certain to see an increase tonight, however. K-Low is averaging 21 potential assists and 11.5 assists per game over his last two contests.

Lowry’s reached double-digit assists in five of his last eight games without Butler. He should see 36-38 minutes of action tonight as long as this one stays close. And, it’s hard to find a friendlier matchup.

The Trail Blazers host Miami tonight as they continue on their west coast road trip. The Blazers are giving up 25.9 assists per game this season, good for third-most in the NBA. Portland also allows the third-most dimes to the point guard position, specifically.

The Blazers are allowing 115.2 points per 100 possessions thus far. A defensive rating of 115.2 has them dead-last after their 29th-ranked 116.0 DRtg from last season. Their backups have struggled mightily, and with Damian Lillard, CJ McCollum, and Larry Nance Jr. sidelined tonight, I’m not expecting an improvement.

Portland has faced an opponent averaging at least eight assists per game nine times this season. After Trae Young’s 14-Assist performance on Monday, six of these nine opponents reached the 10-assist mark.

Lowry averages 9.3 APG without Jimmy and Bam and should be dishing out plenty of assists in Portland tonight.

Tyrese Haliburton is playing the best basketball of his young career right now. Over his last 10 games, he’s averaging 18.1 PPG and 10.3 APG on some insanely efficient shooting splits. The second-year guard is making strides as a playmaker and continues to find ways to turn his unorthodox shooting form into deadly made jumpers.

Haliburton has reached the 10-assist mark in eight of his last ten games. This figure would be at nine-of-ten if not for an assist-less fourth quarter last night against the Lakers. Haliburton’s nine-assist effort through three quarters remains quite encouraging, however.

Tyrese is averaging 17.5 potential assists per game over his last ten and has seemingly taken over as the primary ball-handler for the Kings. With De’Aaron Fox in more of a secondary playmaking role, Haliburton has a terrific opportunity to continue his assist run tonight.

The Hawks may be an even friendlier matchup than the aforementioned Blazers. They’re giving up 26.0 assists per night, good for second-most in the league. And, their 114.4 defensive rating places them as the NBA’s fourth-worst defense this season.

Furthermore, Atlanta is allowing the most assists to the point guard position. The Kings are a bottom-five defense themselves and are also one of the NBA’s fastest-paced teams, ranking 6th in pace thus far this season. This contest projects as quite the high-scoring affair. The over/under of 235.5 points is set as the highest total of any game on Wednesday’s slate and should offer plenty of opportunities for each squad to rack up points and assists.

The Hawks have faced an opponent averaging at least seven assists per game nine times this season. They’ve allowed at least 10 assists to six of the nine opponents, and offer a spectacular matchup for Sacramento’s young point guard tonight. In four games against Chris Paul, James Harden, and Dejounte Murray, Atlanta gave up at least 11 assists to the star guards in all four games. Haliburton is becoming one of the NBA’s elite assist-men and should capitalize in a high-scoring home game tonight.

Kyle Lowry has been among the NBA’s assist leaders for the last decade-plus. He has an unbelievably lucrative matchup against a reeling Blazers squad tonight as he’ll look to lead Miami to a road win without Jimmy Butler.

Meanwhile, Tyrese Haliburton is emerging as one of the NBA’s best young guards and one of the league’s top playmakers. As Trae Young and company come to town, Tyrese should keep his assist numbers in double-digits in a shootout.