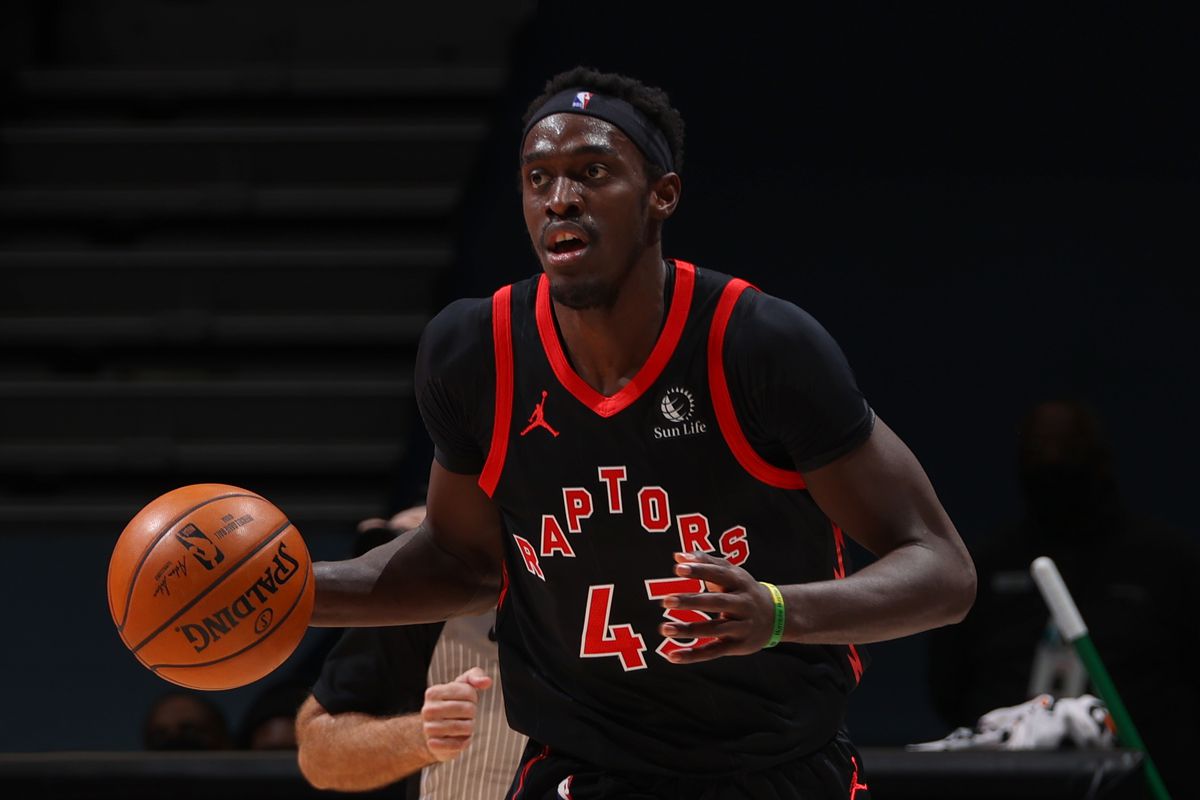 We have an excellent Monday NBA slate this evening, which gives a ton of angles on our NBA props for tonight.

The Toronto Raptors are in Atlanta to take on the Hawks  — tip-off is at 7:30 PM ET. Toronto forward Pascal Siakam is playing some of his best basketball over the last two seasons, and his recent stellar play has helped Toronto to a nice 12-8 record over the team’s last 20 games.

Meanwhile, the Indiana Pacers will be hosting the Los Angeles Clippers. This one tips off at 7:00 PM ET, as Domantas Sabonis looks to lead a struggling Indy team to a victory over the mediocre Clips.

I’m 10-8 on NBA article plays with Bet The Prop this season, and looking to improve on that record with a pair of wins tonight!

Overall the team at Bet the Prop is hitting 62% on NBA props this year — and with NFL winding down, it’s a great time to join us to get full slates of NBA props (plus PGA, NHL, and more!) alerted to your device.

I’m expecting Spicy P to continue being an offensive focal point for Toronto, while there should be plenty of missed shots available for Sabonis to collect against the Clippers. Let’s jump into the picks!

Siakam is playing his best basketball of the last two-plus years, averaging 22.4 points, 8.7 rebounds, and 6.5 assists per game in January. He’s shooting over 40% from three-point land this month, too. The Raptors now have a winning record and some strong playoff hopes in the Eastern conference, and Spicy P has been the team’s driving force in their success. Aside from a scoring increase recently, he’s also stepped up as a playmaker in a big way.

The sixth-year forward has assumed a massive role for Toronto over the last month. He’s playing over 40 minutes per game in his last 20 games. Head Coach Nick Nurse is legitimately running our guy into the ground, and it’s led to assist opportunities galore for the lanky one-time all-star.

Siakam and rookie Scottie Barnes collectively take over the team’s point guard duties whenever Fred VanVleet needs a rest. Nurse has relied upon Siakam more in this role since shortening his rotating to just seven or eight players each game.

Even when both VanVleet and Barnes are active, Siakam is still posting 5.6 APG since late December. This line certainly feels a full assist too low, especially in a soft matchup.

The Atlanta Hawks have been a target matchup for overs all season long. Their 114.2 defensive rating places them as the league’s fourth-worst defense this season. And, they’re giving up 25.6 assists per game, which is also good for fourth-most.

Atlanta gives up a ton of assists to power forwards, too. They’re giving up the fifth-most assists to opposing 4s, which should bode well for Siakam’s playmaking outlook.

Spicy P’s 12.9 potential assists per game in the month of January impressively rank 18th in the entire league. The only other frontcourt players appearing in the top 20 are Nikola Jokic, Domantas Sabonis, and Jimmy Butler. These guys are touted as some of the best playmakers in basketball, and Siakam’s new versatile role is planting him next to some elite company.

Domantas Sabonis is undoubtedly one of the NBA’s best rebounders. His 12.1 rebounds per game rank fourth among all players this season. As long as he sustains a similar rebounding rate, this will mark his third consecutive season with a top-five rebounding finish.

One of the more impressive aspects of Sabonis’ rebounding prowess is that he takes care of business despite playing alongside another 7-footer in Myles Turner. But, we won’t have to worry about that tonight.

Sabonis has played 30 games with Turner on the sidelines since the 2019-20 season. He has at least 13 rebounds in 22 of those 30 games. And, he’s averaging 14.3 RPG without Turner over the last three seasons.

Sabonis is averaging 14.9 RPG in his last 15 games without Turner, posting at least 13 rebounds in 11 of these games. Here are his year-by-year rebounding numbers without Turner:

These numbers without Turner are outstanding, and Sabonis should be able to replicate this production in a fantastic matchup tonight.

The Los Angeles Clippers are allowing the second-most rebounds to their opponents this season. Their bottom-three three-point percentage and bottom-10 in field goal percentage create a gigantic amount of rebounding opportunities for their opponents.

Six centers have logged at least 30 minutes of action against the Clippers over the last three weeks. Four of them pulled down at least 13 rebounds. Sabonis should be in for 35-plus minutes tonight, so he has a great opportunity to breeze past his season averages.

The two-time all-star has a terrific track record against the Clips, too. He’s hit this over in four of his last five games vs. Los Angeles, averaging 15.2 RPG.

Pascal Siakam has been quite successful in his new role for the Raptors. He’s being tasked with plenty of playmaking responsibility and is doing an admirable job of finding his teammates for open looks.

Meanwhile, Domantas Sabonis is already an elite rebounder when sharing the court with another 7-footer. As Indiana’s lone big man, he could pull down more boards than you can count on both of your hands and both of your feet tonight.