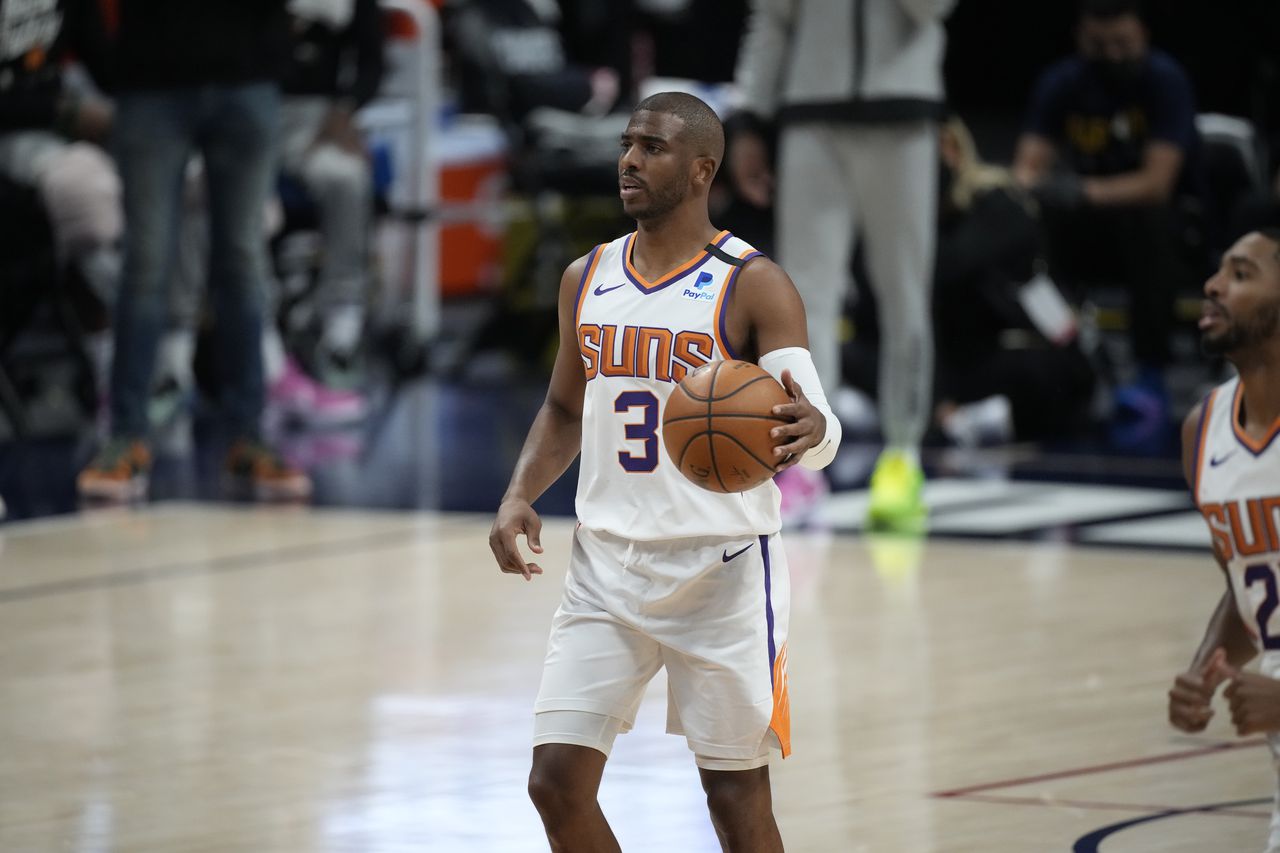 We have an awesome Wednesday NBA slate this evening, which gives plenty of angles on our NBA props for tonight.

The Phoenix Suns are in Salt Lake City to take on the Utah Jazz  — tip-off is at 10:00 PM ET. Phoenix point guard Chris Paul is having another excellent season at age 36. And with perennial DPOY candidate Rudy Gobert sidelined tonight, he should have Utah’s defense reeling all night.

Meanwhile, the Milwaukee Bucks will be facing off against the Cleveland Cavaliers. This game tips off at 7:00 PM ET, as the Bucks look to improve on their 18-3 record when their top three is intact.

I am 10-6 on NBA article plays with Bet The Prop this season, so let’s keep the wins coming tonight!

I’m expecting The Point God to show out for Phoenix, while Milwaukee spreads the ball around with all of their top guys healthy. Let’s dive into the plays!

Chris Paul is truly an ageless wonder. In his 17th season, at age 36, the future Hall of Famer is still feared by opponents. Paul is the NBA’s assists leader in his second year in Phoenix, as the team is positioned quite nicely to potentially make another NBA Finals run this spring. In a matchup with a struggling Utah team tonight, he’s got a great chance to reach double-digits in the assist column.

The 11-time All-Star is averaging an astounding 11.5 APG this month. He’s also averaging a league-leading 20.8 potential assists this month. These sky-high playmaking marks are nothing new for CP3, as he has an opportunity to lead the NBA in assists for the fifth time in his illustrious career if he can continue to post numbers like these.

And, with a terrific matchup on the table for him tonight, he’s in a good spot to continue his run.

The Utah Jazz have been one of the league’s top defensive teams over the last few seasons. However, it all starts and stops with one man: Rudy Gobert. The French big man has taken home three of the last four Defensive Player of the Year honors and for good reason.

Gobert has missed 12 games since the 2018-19 season, and the Jazz have been pathetic without him. They’re just 3-9 in a dozen games without the Stifle Tower due to their defensive incapabilities when the all-star center is sidelined.

For some perspective, Utah has had a 108.2 Defensive Rating with Gobert since the 2018-19 season. That would rank as the seventh-best defense this season. Without Gobert, that number skyrockets to 119.5, which would rank as the worst defense in league history by a wide margin. Sure, it’s a small sample size, but it’s clear that the team struggles mightily when their one-man defensive system is unavailable.

They’re also allowing 26.8 APG in these 12 games without Rudy. There isn’t a team allowing more than 25.9 per game this season. They allowed at least 24 total assists in 10 of 12 games, so there should be more than enough assists available for Chris Paul tonight.

After a 13 assist performance against Utah on Monday, a repeat could be in the cards tonight for The Point God.

Khris Middleton has put together some great scoring runs over the last few seasons, earning two All-Star selections and a championship along the way. But, the decorated Milwaukee star sees a decrease in his usage when Milwaukee’s “Big 3” is intact.

Middleton is shooting the ball significantly less when playing with both Giannis Antetokounmpo and Jrue Holiday this season. Milwaukee has only had all three of these guys active in 21 of their 49 games this season. However, when they’ve all been out there together, the Bucks are 18-3 and they’re spreading the ball around quite well. I envision much of the same tonight.

Middleton has remained under 20.5 points in 13 of 21 games with both Giannis and Holiday in 2021-22. And, the difference in his usage is even more striking:

Middleton is seeing his usage cut by almost 25% when he shares the court with Milwaukee’s other stars. If we can only expect 14-15 shot attempts from him on a nightly basis, this points line is surely too high.

The Cleveland Cavaliers have surprised many NBA fans this season. They’re currently 5th in the Eastern Conference and just a half-game behind Milwaukee. And, much of their success has been on the back of their elite defense.

The Cavs have been an elite defense against opposing frontcourts all year and allow the 7th least PPG to small forwards, specifically. Cleveland’s length has bothered forwards, and they’re shutting down their opponents all over the court.

Cleveland ranks 7th in three-point defense and 1st in defense at the rim, allowing the lowest shooting percentage inside three feet.

Chris Paul could finish the 2021-22 season as the league leader in assists. And, he gets a terrific matchup with a Rudy Gobert-less Utah team tonight after thrashing them two nights ago.

Additionally, Khris Middleton is taking less than 14 shots per game when playing alongside Giannis Antetokounmpo and Jrue Holiday this season. A 21-plus point performance seems like a tall task for him this evening.