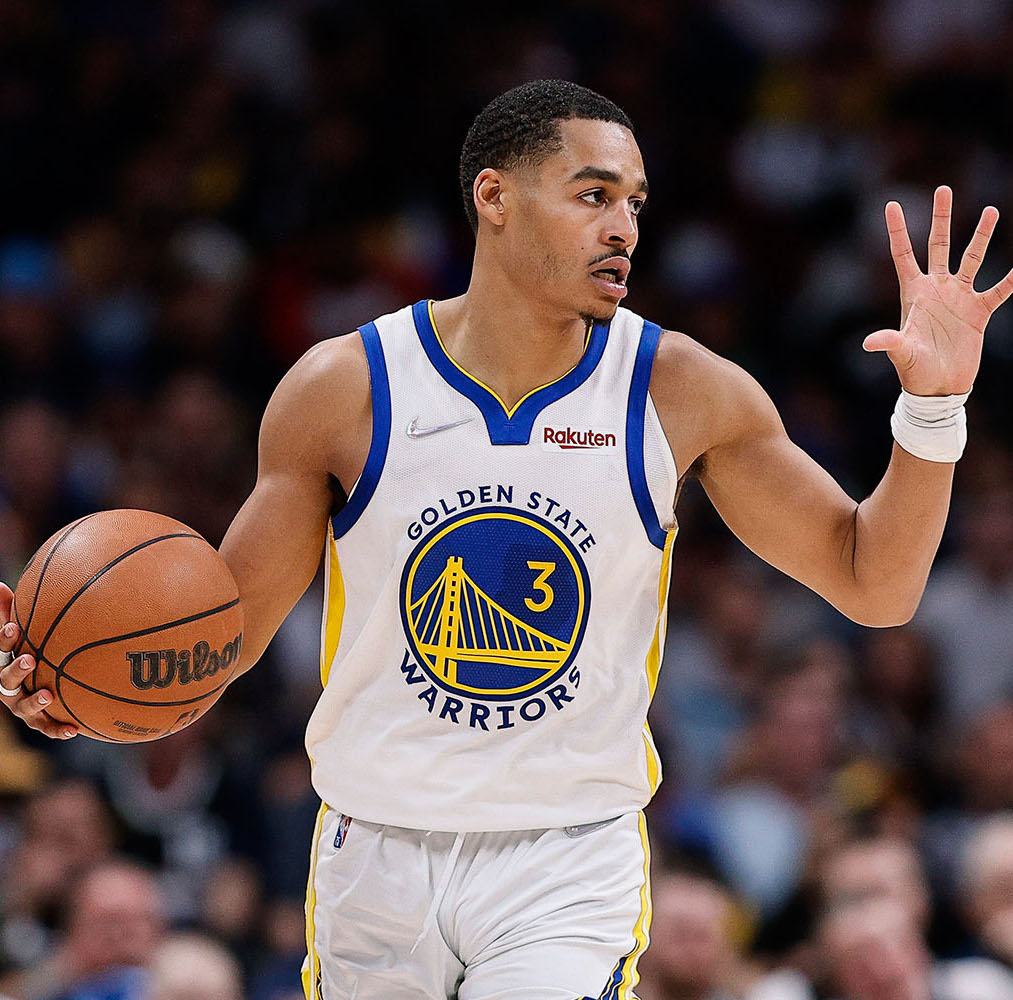 We’re back with more NBA props for a nine-game Friday night slate. There’s one matchup we love in particular, and the game is taking place in a football stadium. Let’s jump right into our top NBA props for tonight.

The Golden State Warriors are on the road to take on the San Antonio Spurs — tipoff is at 7:30 ET. This marks the first NBA game taking place in San Antonio’s Alamodome in two decades. And, the Spurs are planning on breaking the NBA’s single-game attendance record tonight to celebrate their 50th anniversary as an NBA franchise. So, this could be a fun event in an otherwise not-fun season for San Antonio.

As for the visiting Warriors, they’re finally whole again. Stephen Curry, Klay Thompson, Andrew Wiggins, and Draymond Green will all take the floor together tonight. Although this bodes well for the team, Jordan Poole will likely see fewer opportunities as a result.

Jordan Poole did an excellent job of keeping the Golden State Warriors afloat in Stephen Curry‘s absence. He scored 27.9 points per game and led the team to a 6-5 record while Curry was sidelined.

However, with Curry and Andrew Wiggins back in action, Poole now finds himself relegated to the team’s 6th-man role again. He’s no longer Golden State’s first (or even second) scoring option. With fewer shots and minutes coming his way tonight, I’m not expecting a Poole Party in the Alamodome this evening.

The Michigan product has seen a significant drop-off in production when the Warriors have been healthy this season. Poole has played 20 games with Curry, Wiggins, and Klay Thompson all in the lineup. He’s averaged just 14.8 points in 26.6 minutes in these games. And, he’s finished with fewer than 20 points in 15 of these 20 games, good for a 75% hit rate.

We haven’t seen the Warriors’ lineup at full-go much at all recently. But, in Poole’s last ten games with the splash brothers and Wiggins, his numbers weren’t much improved from his slow start to the season.

You may be concerned about JP logging 34 minutes in Golden State’s last game. However, this can likely be attributed to minute limits for Curry and Wiggins as they ramp back up.

Tonight’s contest is not a back-to-back. Plus, Steph and Wiggins each have at least one game back under their belts. It would not be a surprise to see each of them play closer to a full slate of minutes, while Poole takes a small step back.

Poole has thrived as Golden State’s sixth man over the last two seasons. As long as Steph and Klay are both active, Poole has generally been relegated to run the second unit. Despite doing an excellent job in this role, Poole has – expectedly – seen his numbers decline across the board when coming off the bench.

Poole has played more than 30 minutes off the bench on just five occasions since last season. He’s also scored at least 22 points in just 8 games off the bench since the 2021-22 campaign.

With a 14.2 PPG scoring average and a 37-of-45 hit rate on this prop, there’s undeniable value on a Poole fade tonight.

The Warriors are whole tonight, which means Jordan Poole’s scoring volume will not be. Scoring 18 to 20 points is hard to do while seeing minutes in the high twenties or just maybe the low thirties. Scoring 22-plus points off the bench on a roster featuring Steph and Klay is statistically improbable. Tonight doesn’t feel like the night for a Poole Party in San Antonio.

Enjoy playing our top NBA Props for tonight and Join us for the rest of the NBA season!