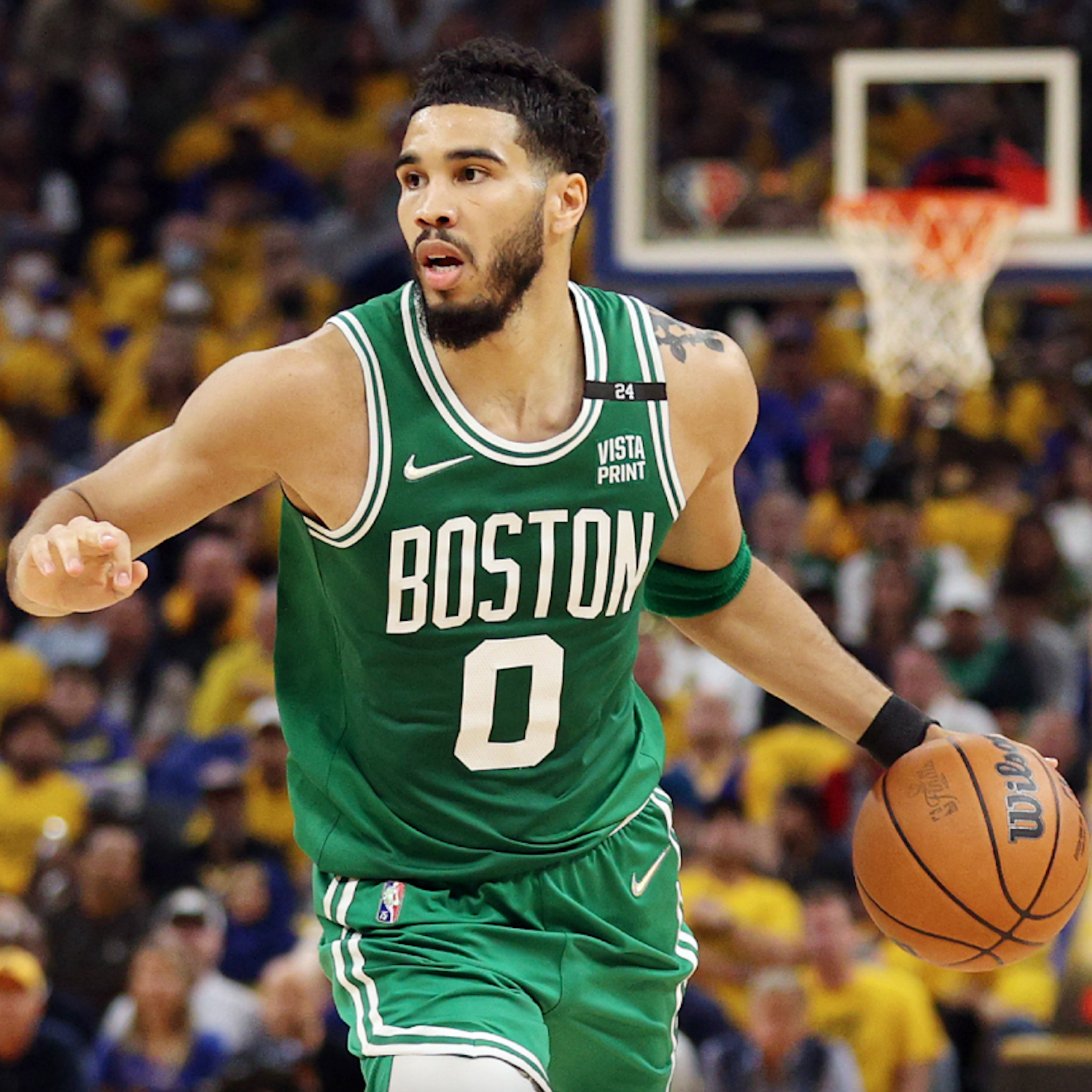 Thursday night means one thing in the NBA world: NBA on TNT. And tonight, we’re all lucky to have the opportunity to watch the first leg of the national TV doubleheader. Let’s jump into one of our best NBA Props for Thursday night’s action.

The Golden State Warriors are taking on the Boston Celtics this evening — tipoff is at 7:30 ET. This marks the second time we get to watch a rematch of last year’s NBA Finals. And, this one takes place in the TD Garden.

A key storyline in this contest will be whether or not we can trust Jayson Tatum against Golden State. He’s played fantastic basketball as of late, but he did struggle in last year’s Finals. With his points line set at 32.5, a fade could be in order.

Jayson Tatum is at the forefront of the MVP conversation this season, and for good reason. He’s scored at an ultra-high level all season long and has continued to do so recently.

However, he hasn’t consistently been hitting the over on this lofty line of 32.5 points. Despite Tatum’s scoring average of 31.1 PPG over his last ten games, he’s only scored 33-plus in three of these ten contests.

Even for a scorer as gifted as Tatum, this is a huge line. And, in a matchup that has given him fits in the past, this line is likely a couple of points too high.

Between the defensive gifts of both Andrew Wiggins and Draymond Green, Golden State head coach Steve Kerr has been able to cook up an excellent scheme against Tatum. Kerr’s game plan was crystal clear in the 2022 NBA Finals: Utilize Wiggins’ blend of length, athleticism, and strength to bother Tatum on the ball. Then, have Draymond waiting in help to double onto Boston’s top scorer.

Golden State’s defense had the young superstar seeing ghosts whenever he approached the paint. Tatum shot a higher percentage on three-pointers (45.5%) than on twos (31.6%) in the Finals. These struggles were evident yet again when these two squads faced off in December, as JT shot just 6/21 from the field and 4/12 on two-pointers.

The Duke product has failed to top the 30-point mark in any of his games against the Warriors over the last two seasons. His 22.2 PPG in these nine games is completely underwhelming, to say the least. Only the Toronto Raptors (19.8 PPG) have held Tatum to fewer points in meetings over the last two seasons. And, that’s because Nick Nurse double-teams Tatum at a similarly high rate.

Additionally, Tatum could see a volume decrease from his last few games, as co-star Jaylen Brown looks likely to make his return to the lineup tonight.

Is Jaylen Brown Back?

Although Brown is still officially listed as “questionable” on the injury report, all signs point to him playing against the Warriors tonight.

Per Jay King, a Celtics beat reporter for The Athletic, Brown is preparing to be a full-go. King Tweeted yesterday that “Jaylen Brown said he had a good workout today … He’ll see if he has any soreness but said he thinks he’s all right.” That sounds pretty promising to me.

Jaylen even had a quote of his own to add. “I’m looking forward to tomorrow,” he said. Nobody’s questioning his determination to exact revenge on the Warriors after the 2022 Finals, and he should be in the lineup tonight.

Brown’s presence should result in fewer looks for Tatum, which is perfect for us. JT sees his usage rate drop from 35.2% without Brown to 32.1% with the all-star in the lineup. The 6’8″ forward also sees his scoring drop almost four full points, from 31.7 PPG to 27.8 PPG.

Brown’s impact cannot go understated, and his presence could go a long way in making Tatum’s under a more attractive play tonight.

Jayson Tatum and the Celtics are hosting the defending champs in a significant Thursday night edition of NBA Basketball at TD Garden. However, with Jaylen Brown likely active and Golden State locking in on Tatum as the focus of their gameplan, it will be a tall task for the 24-year-old forward to score 30-plus points.

Enjoy playing our best NBA Props for Thursday night and Join us for the rest of the NBA season!