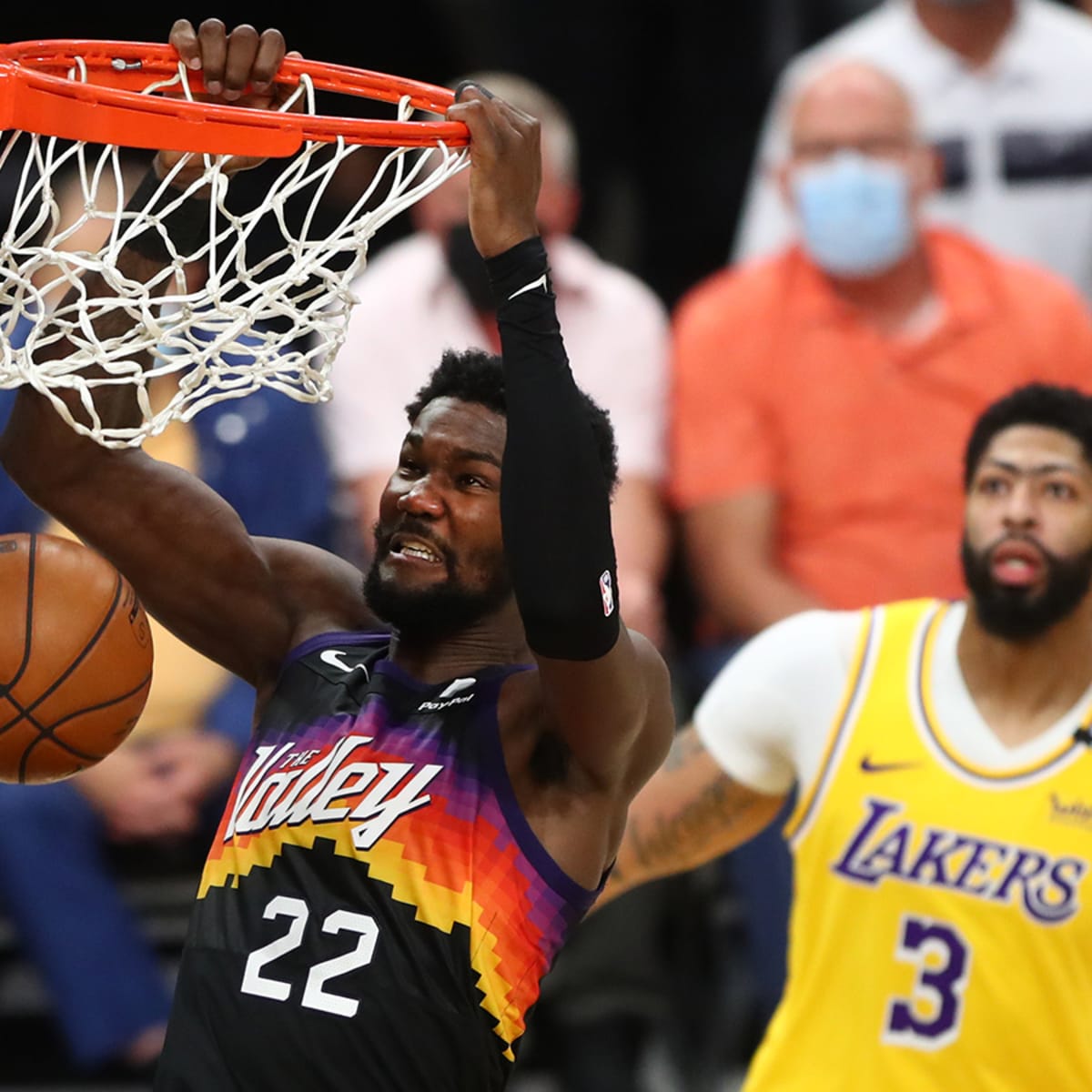 The back-and-forth Suns vs. Lakers series has been one of the most entertaining NBA Playoff series, and a big reason for this has been the domination of Phoenix’s young center.  Going into Game 5 there’s a definite edge on Deandre Ayton props, who has been averaging 19.8 PPG and 13.5 RPG in four playoff games vs. Los Angeles.

The ascendant big man is earning his stripes and cementing himself as a future NBA star, and his stellar play will continue to be a theme during tonight’s Game 5 action in Phoenix. Let’s see why Ayton will continue to be a problem for the Lakers’ interior defense as I break down every angle on his points prop.

Edito’s Note: This line is already on the move, and there are some spots with 14.5 still available, but we still like it up to 15.5

Ayton has been playing spectacular basketball for Arizona’s best iteration of an NBA team since 2010. Unlike many centers around the NBA who struggle to create offense during the playoffs, the 22-year old has been a force on one of basketball’s biggest stages.

The former first-overall pick is proving his worth in his first career playoff series and doing so with his efficient scoring. He has scored over 20 points in three of four games in the series, while shooting at least 70% from the field in all four contests:

Give him his respect ✊ pic.twitter.com/Ru6uX78WLD

It seems safe to say that the Lakers are struggling to contain #22, as the third-year pro has reached the over on this points line in six of their last eight meetings.

Additionally, Anthony Davis is not expected to suit up for Los Angeles, which is another positive for Deandre Ayton props tonight. In the two matchups this year with Davis sidelined, Ayton went to work. The 6’11” Arizona product scored 26 points in 32 minutes and 17 points in only 25 minutes, leading Phoenix to victories over the Davis-less Lakers. Lakers centers Andre Drummond and Marc Gasol will have their hands full tonight to put it lightly.

Giant Minutes for Deandre the Giant

Ayton has become one of the most reliable contributors on any team in the entire postseason, as he has played over 36 minutes in all four games while averaging an incredible 39.7 minutes per game. This massive workload bodes extremely well for his points prop in Tuesday’s contest.

Ayton has scored 15 or more points in 13 of 15 games when playing at least 36 minutes this season, as shown below:

Phoenix depends on Ayton far more in the postseason than the club did during the regular season, as the big man has gone from playing just over 30 minutes per game in the regular season to almost 40 minutes per game in the playoffs. This means a points line for him should be evaluated completely differently when factoring in his newly expected playing time.

In a game with a spread of Phoenix -5, expect Ayton to play around 38 minutes. Ayton is scoring 17.8 points per 38 minutes this season and seems to easily reach the 15-point mark each time he’s called upon for big minutes.

Tonight’s highly anticipated Game 5 between the Suns and Lakers should be a fun matchup between two heavyweights that have been must-see TV for the last ten days. Phoenix will need a strong performance from Ayton tonight, and he has a terrific opportunity to deliver.

I expect Ayton to dominate a beaten-down Lakers front-line and score 18 to 20 points for a Phoenix Suns squad looking to secure the series lead.