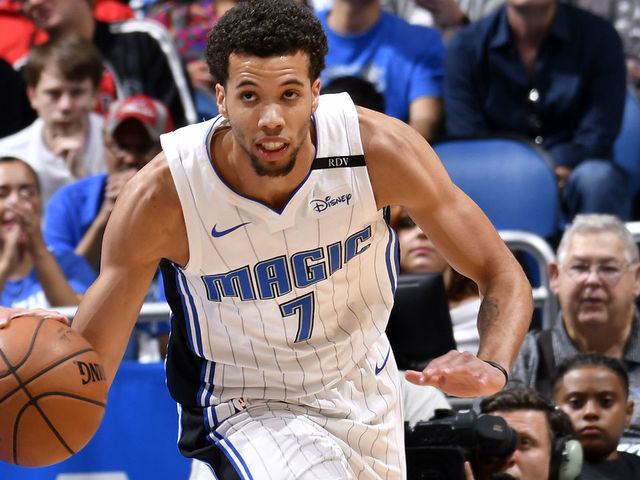 Another strong Friday night slate in the NBA kicks off with tPermalinkshe Magic taking on the Warriors.

Each team comes in playing well, with both winning four of their last five. For my favorite NBA player prop tonight, I’m focusing on the latest of what’s become a revolving door of point guards for the Magic.

Bet the Prop is coming off a win last night, so let’s finish off the week on another high note.

The Magic have been decimated by injuries so far this young season, and Carter-Williams is one of four players to start at point guard in their first 29 games. The Syracuse alum is averaging 15.4 PRA, and in his five starts, that production bumps up to 17.6 PRA.

MCW has stayed under this total in nine of his ten games, with the one outlier versus the worst defense in the NBA, the Sacramtento Kings.

Fellow guard Evan Fournier’s return from injury also helps our case here. Over the last two seasons, Carter-Williams has seen a decrease of 1.9 PRA (per 30 minutes) when he shares the floor with his French counterpart.

However, gaining comfort over the player’s statistical side is only half the battle.  We need to dig into how the Warriors will defend him.

After last season’s debacle, the Warriors have turned it around on the defensive end. Golden State ranks fifth in defensive efficiency, a stark contrast to their 25th-place finish a season ago.

While the Warriors lack an interior rim protector, they’ve been successful in keeping the opposition out of the paint

This is pertinent because Carter-Williams’ point production is almost entirely predicated at getting to the rim — 21 of his 29 made field goals this season are lay-ups or dunks, and he’s shooting a paltry eight of 43 (19%) on jump shots.

With the Warriors providing length on the wing, I like them to keep MCW at bay.

And from an assist perspective, Golden State is allowing the seventh-fewest per game. In their first matchup with the Warriors (admittedly without a healthy true point guard), the Magic struggled to move the ball, racking up only 19 assists.

This line rings as too high. Maybe it’s due to Carter-Williams being elevated into a more prominent role, or the public’s perception of the Warriors’ playing poorly defensively. Either way, I love this spot and have the Magic point guard projected at 16 PRA.