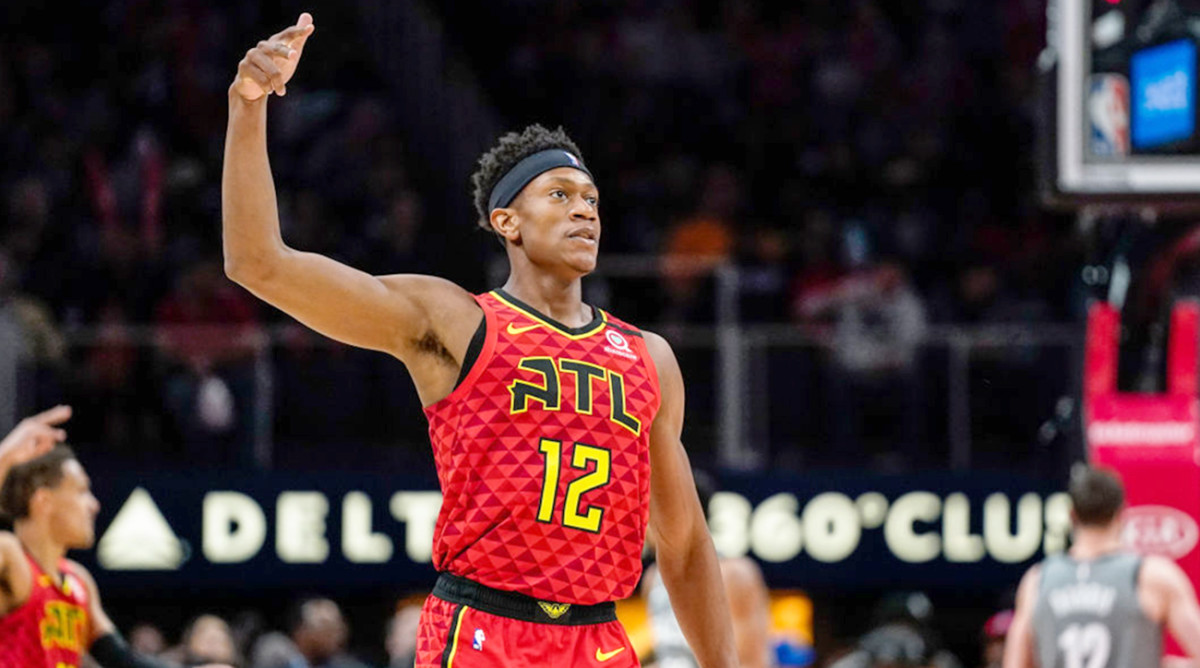 We’re treated to another nice slate of NBA player props tonight, with plenty to choose from among the eight games. I’m honing in on the versatile Hawks forward Hunter, who has taken a step forward in his sophomore season.

Line available as of publishing — playable up to 23.5.

Through some shrewd offseason moves and the continued development of their young core, the Hawks have shaped themselves into a competitive team so far this season. At the forefront of that is Hunter, who has evolved into a reliable third option behind stars Trae Young and John Collins.

On the season, the Virginia alum is averaging 16.3 points, 6.8 rebounds, and 2.1 assists. In looking at this line, Hunter has exceeded this number in his last six games, averaging a combined 27.7 points, rebounds and assists over that span.

What Hunter brings to the table is consistency, which is important on a talented, but crowded Hawks roster. He’s played at least 30 minutes in all but two games (both of which were blowouts), and has recorded at least 11 points in each game. This is a departure from his rookie season, when his production was a bit more sporadic.

Additionally, his rebounding numbers have also been remarkably steady, corraling at least six boards in eight of ten games.

Based on their first eleven games, the Jazz profile as a strong defensive team.

Utah allows the fifth-fewest points per game (106.6). However, they’ve shown some vulnerability versus high powered offenses, such as the Bucks and Nets. The Hawks currently rank eleventh in points per game.

Defensively, Utah’s weakness is versus wing scorers, specifically SFs. The Jazz are allowing a combined 35.5 PRA to opposing SFs per game – the sixth most in the NBA.  Additionally, eight of the eleven opposing SFs they have faced exceeded their season’s average for usage.

In general, lead by defensive stalwart Rudy Gobert, the Hawks should struggle scoring in the paint.

Hunter represents the most well-rounded of the Hawks main scorers.  In addition to his three-point prowess, he is the second-best midrange shooter on the Hawks at 53%.

Just based on Utah’s averages alone, Hunter would be in line for a combined line of 24, based on his minutes distribution.

However, given his recent success and efficiency, I have Hunter projected around 26 for his total line.