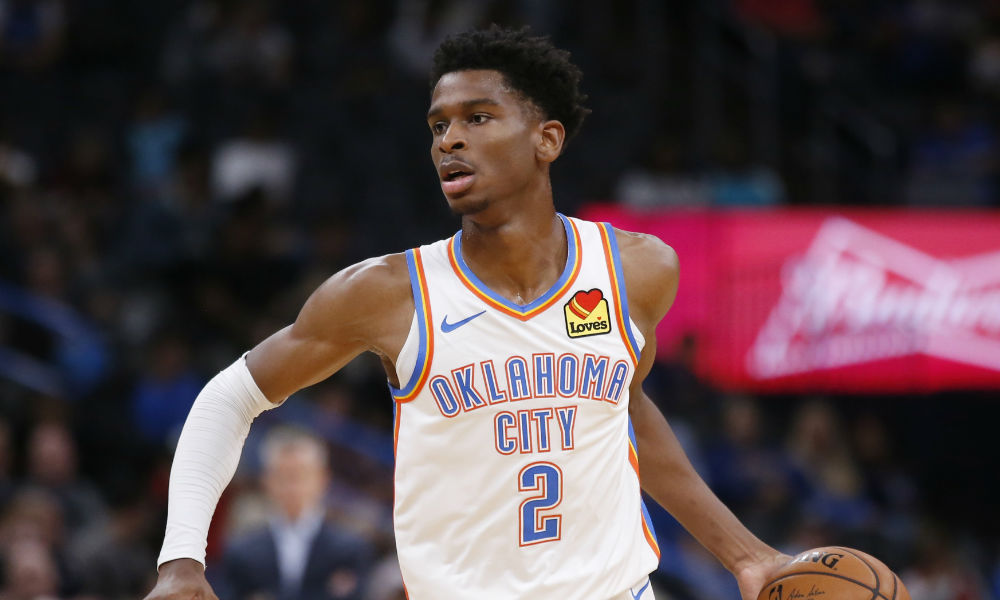 I’m double-dipping on Shai Gilgeous-Alexander, who’s exploded onto the NBA scene in his second season after coming over from the Clippers and taken over the mantle in Oklahoma City.

In addition to a big boost in minutes early on in this season, we’ll look to take advantage of his much-improved range from the three-point line, as well.

I’m looking to build on my 1-1 card the last time out, so let’s jump right in.

With Russell Westbrook now in Houston, Alexander has taken over as the driving force behind the Thunder. In his last two games, he’s scored an average of 27 points, 4 assists and 8 rebounds on 36 minutes per game.

These are the high-volume, high-minute numbers we like to see when betting player total overs.

On Fire From Downton

Alexander is shooting 41% from three while averaging 4.5 attempts per game. Unlike his previous season with the Clippers, he’s in a role that allows him to handle the ball more and put up more shots.

Indiana’s defense against the three is less than spectacular, as they allow opponents to shoot 37% from the three-point line, sixth-worst.

Here are Alexander’s three-point looks on the year:

I think we’re getting a discount for those two goose eggs in the last three games, but the value at +115 for a guy launching that many threes per game is too good to resist.

Oddsmakers have not yet adjusted to Alexander’s ability to score from three.

He’s eclipsed his Over/Under on three-pointers six of 10 games this year, making it a good spot for prop bettors to take advantage of.

His usage rating and volume of shot attempts combine to produce a versatile, workhorse type scorer, exactly the kind of over spot I’m looking to bet.