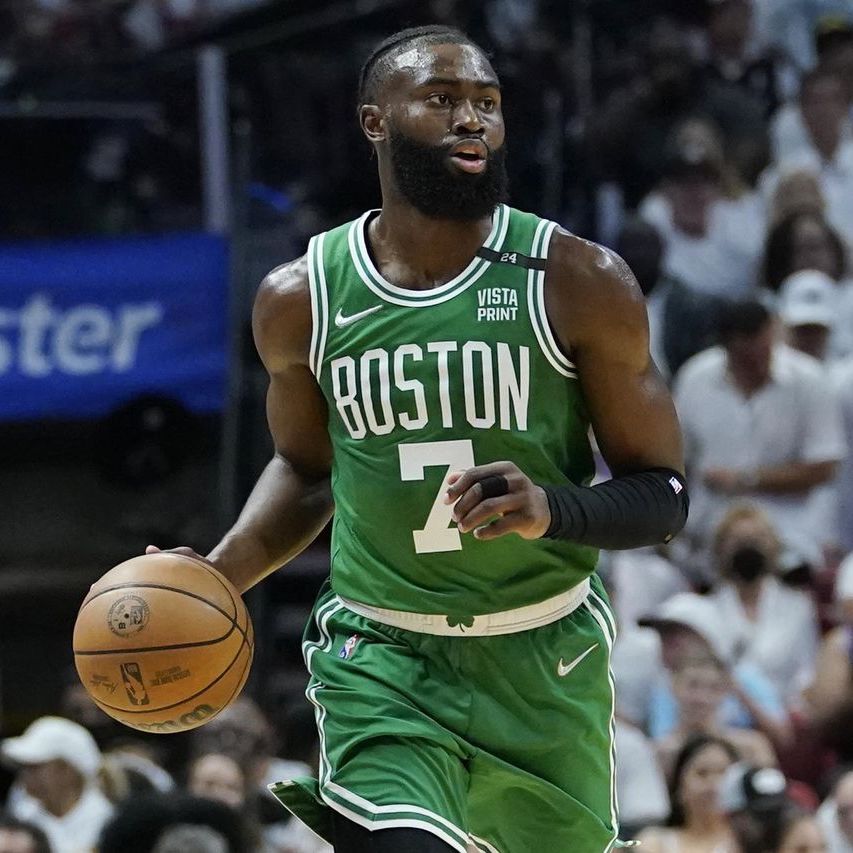 The Golden State Warriors rolled over the Boston Celtics in Game 2. The Warriors have outscored the Celts 73-38 in the third quarter, as they’ve been on a tear coming out of the break so far. It will be interesting to see what Head Coach Ime Udoka has planned for Game 3 in Boston. We’ll be diving into this matchup and bringing you the best of our NBA Finals props for tonight.

The Boston Celtics are 3.5-point favorites in Game 3 — this is a massive 7.5-point swing from the first two contests, where the Warriors were 4-point favorites. This seems like a home-court overreaction, especially considering Jayson Tatum and Jaylen Brown have performed better on the road this season.

Meanwhile, BTP is up 19 units on MLB K props — join us to get full slates of MLB props (plus NBA, PGA, UFC F1, and more!) alerted to your device.

With the exception of Jayson Tatum, everyone in a Celtics uniform delivered an underwhelming performance in Game 2. This starts with Jaylen Brown, who got off to a sizzling start and couldn’t get anything going the rest of the night.

Brown scored 13 points in the first 8 minutes of the game. He proceeded to score just four points the rest of the way. The former top-three draft pick shot just 5-for-17 from the field, including an abysmal 1-for-11 after the first period ended.

You may think positive regression will be coming Jaylen’s way at home in Game 3. But, that doesn’t seem likely against a Golden State defense that has stifled wings all season long. And, more importantly, this defense has historically stonewalled Jaylen Brown, too.

It’s extraordinarily difficult to score 25-plus points in an NBA playoff game. And, it’s even harder to do so in the Finals against the best defense in the league. This may seem obvious, but it must be said.

Brown has now failed to score at least 25 points in 15 of 20 games this postseason. He’s averaging just 22.7 PPG during Boston’s Finals run, which shows this line is clearly set a couple of points too high yet again.

Boston’s role players also seem more likely to carry a larger role in Game 3. Jaylen held a Usage Rate of 34.9% in Game 2, a significant increase from his 27.0% USG throughout the postseason. This figure should continue to return to normal, especially considering Marcus Smart and Al Horford combined for just 4 points on 10 field goal attempts last time out. These guys average a combined 27.0 PTS and 21.5 FGA per game this postseason, so they should be far more involved in Game 3.

And, you’d be fooled if you expected a boost in production for JB just because the Celtics are playing in TD Garden on Wednesday night. Brown’s 22.7 PPG at home is identical to the 22.7 PPG he’s posted on the road this postseason. He cashed this under in 6 of 9 games at home as the C’s ran through the Eastern Conference. And, he could struggle in the team’s return to Massachusetts against a stingy Warriors defense.

The one-time All-Star hasn’t figured out how to crack this Warriors defense so far. He’s scored 24 or fewer points in 4 of his 5 meetings against Golden State over the last two seasons.

The Warriors have managed to hold JB to just 21.0 PPG across these five games, too.

Brown has seen a ton of Draymond Green, Andrew Wiggins, and Klay Thompson through two games this series. And, with Gary Payton II back in the fold, the Warriors have plenty of options to throw at Boston’s wing duo.

This is the same defense that ranked in the top five against shooting guards and small forwards all season long, and they’ve given Jaylen Brown trouble in the NBA Finals.

We’re back on the under for Jaylen Brown’s scoring total in Game 3 after his 17-point performance in Boston’s Game 2 loss. It would take an outstanding performance from Brown to score at least 25 points on an elite defense, and the Celtics’ role players are likely to see greater involvement in the team’s return home.